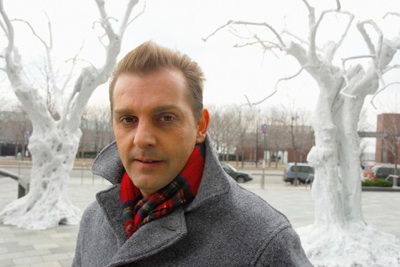 Ugo Rondinone with two of his works in lower Manhattan, 2007, photo by Charlie Samuels via artnet

Currently on view at Aargauer Kunsthaus, in conjunction with the Museo de Arte Contemporáneo de Castilla y Léon and Galerie Eva Presenhuber, is “The Night of Lead”, the first comprehensive exhibition of Udo Rondinone’s oevre in his Swiss homeland in eleven years.  New and recent works of painting, small and environmental sculpture, video and sound installation cover two floors of the gallery with a surrealist sensibility that speaks more to a tone of poetic metaphor than to a grope toward the unconscious.

Rondinone’s exhibition borrows its title from Hans Henny Jahnn’s Die Nacht aus Blei, a novel that, according to publisher, Atlas Press, portrays man as “the toy of supernatural powers, where his only certainty is a bodily existence which, in turn, is blindly bound to the laws of growth, death and decay and procreation”.  This condition is countered only by the protagonist’s tenderness, which “points to the one possibility to gain some kind of liberty: turning one’s back on conventional morals and embracing creation in its fullness”.  Rondinone’s kaleidoscopic iterations of this embrace are his controlled, but sensual handling of a range of images and truncated narratives: huge, gummy lightbulbs hanging low and bare, audio installation of an uncomfortable, indefinite argument—accompanied visually by only a pair of implausible boots—caricatured dungeon doors, and mock flower petals or snow drifting to a still pile, gathering on the floor. 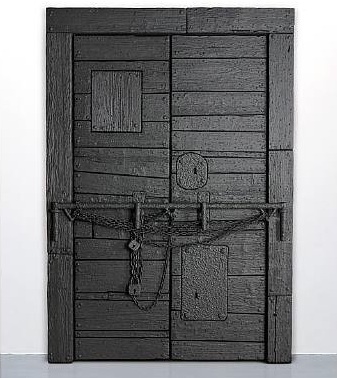 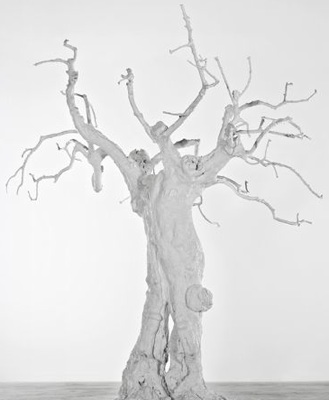 These images are crafted in a way that enables viewer imagination to veer through hypotheticals of gravity and whimsy and questions of all dimensions.  The gallery space is transformed, room by room, into independent landscapes and scenarios, in which one is offered the opportunity to—in keeping with Rondinone’s homage to Jahnn’s novel—temporarily overlook physical and situational limits, in favor of welcoming the wandering possibilities presented. 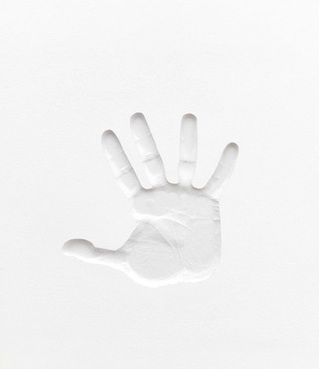 For New Yorkers, Rondinone’s most publicly accessible work is an affirmation in the very same spirit, as, beaming on the façade of the New Museum, is his reprisal of 2001’s Hell, Yes!.  The suggestive images he creates in “The Night of Lead”, even those superficially dour and melancholy, are the unreal propositions of ideas made real—an act as optimistic and open as the literally illuminated exclamation across the street from the artist’s New York studio. 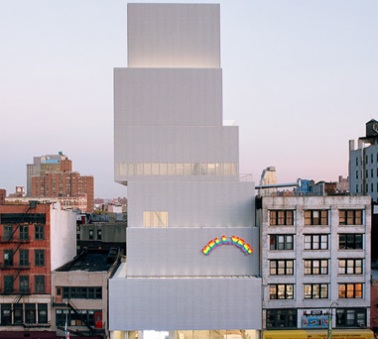 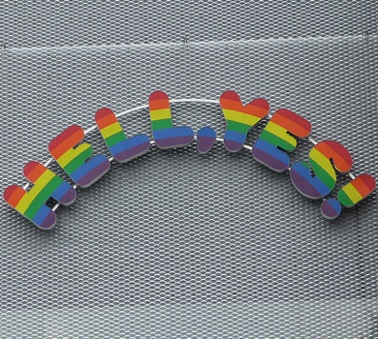 Ugo Rondinone, born in Brunnen, Switzerland in 1963, lives and works in Zürich and New York CIty.  He has been the subject of solo exhibitions at international museums at the Kunsthalle, Vienna, the Sculpture Center in New York, and the Museo de Arte Contemporáneo de Castilla y Léon, Spain, among ofthers, and he and Urs Fischer together represented Switzerland at the 52nd Venice Biennale, in 2007.  He is represented by Matthew Marks Gallery in New York, Galerie Eva Presenhuber in Zürich, and Sadie Coles HQ in London.

This entry was posted on Tuesday, June 22nd, 2010 at 1:00 am and is filed under Go See. You can follow any responses to this entry through the RSS 2.0 feed. You can leave a response, or trackback from your own site.