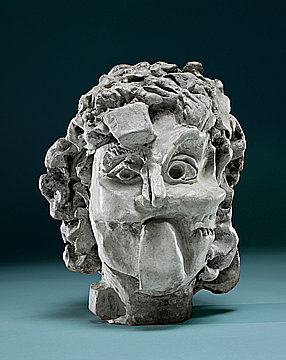 Being, George Condo (2008). All images via Galerie Andrea Caratsch.

On view through July 30th at Galerie Andrea Caratsch in Zurich is an exhibition of sculptures and silkscreen paintings by New York artist George Condo. ‘The Lost Civilization’ refers to the group of nine sculptures cast in bronze and finished with a white patina, giving the works the appearance of ancient sculptures recently recovered from the ground. Included in the show is series The Birth, The Triumph and The Death of Insanity, along with six busts and five paintings which further exemplify Condo’s unique vision. 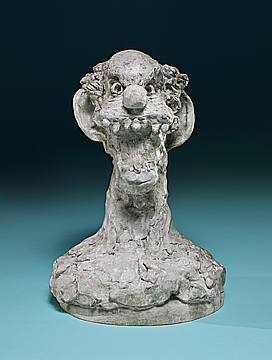 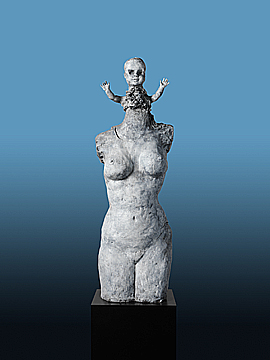 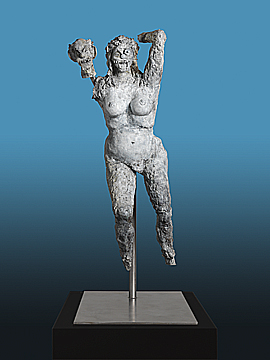 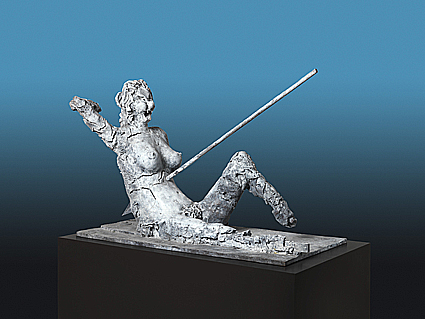 Condo’s work draws extensively on the history of painting, and incorporates elements from an array of movements in order to create a fresh take on classical modes of portraiture. Combining characteristics of the Old Masters with elements of pop culture and a dose of insanity, Condo has developed a grotesque take on caricatures and cartoon, whereby his subject’s physical features reflect their inner mental states. His portraits blend old techniques with a sinister contemporary perspective, and his unmistakable style, which he defines as ‘artificial realism,’ is readily apparent in this collection of work. 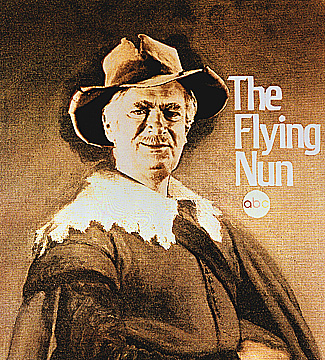 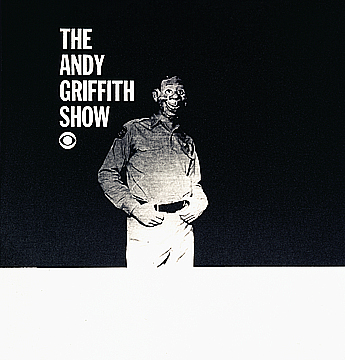 Condo has exhibited widely in both the United States and in Europe, and in 2000 USA Films made a documentary entitled Condo Painting directed by John McNaughton. Starting in January of 2011, he will be the subject of a large traveling exhibition at The New Museum in New York, with future stops planned for the Hayward Gallery in London, the Fondazione Re Rebaudengo in Turin and the Schirn Kunsthalle in Frankfurt.

This entry was posted on Monday, June 28th, 2010 at 1:00 am and is filed under Go See. You can follow any responses to this entry through the RSS 2.0 feed. You can leave a response, or trackback from your own site.