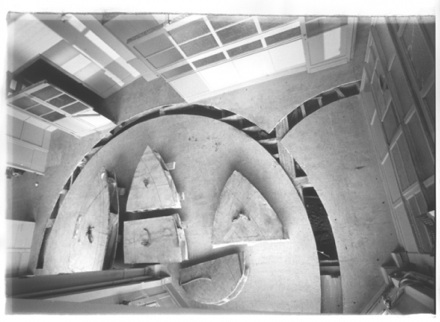 Currently on view at Galerie Thomas Schulte (in partnership with Florent Bex), is a rare collection of works documenting one of Gordon Matta-Clark’s last building interventions, Office Baroque (1977).  The Antwerp office structure was legally secured for Matta-Clark’s building cuts, which—in contrast with pieces like Bingo (Bin.go.ne) (1974) bulldozed by authorities immediately upon completion, or Day’s End (Pier 52) (1975), for which the artist repeatedly evaded police arrest—allowed for ample opportunity to record the alterations Matta-Clark executed.  Three rooms reveal photography, photo collage and film, on loan from public and private collections, much of which has never before been published. 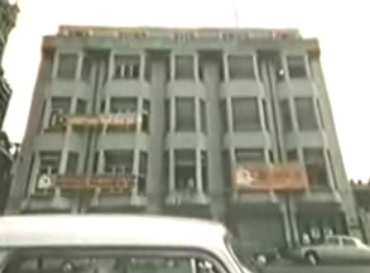 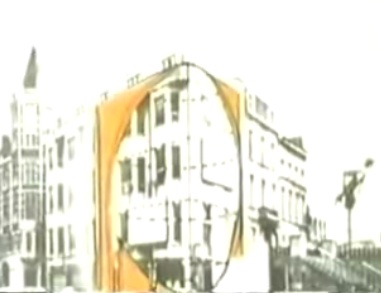 In Office Baroque, intersecting semicircular arcs were literally cut out of the building, rendering the organized, mundane structure as a jarring optical puzzle.  Light and space would appear and disappear unexpectedly, a transformation that allowed the viewer to reexamine his or her notions of everyday surroundings and the geometry that informed them.  Because the building was the artwork, the aggregate of what can be experienced from it, more than three decades on, is the filmed, photographic, and artifactual documentation left.  At Galerie Thomas Schulte, more documentation than is generally available to the public is stunningly displayed in a manner that reveals—to a much greater extent than even viewing the film—Matta-Clark’s reconstruction. 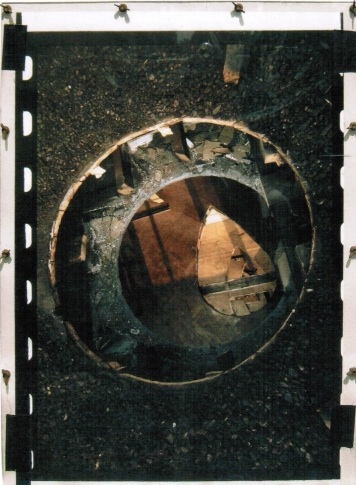 Recording artistic production was a central concern to Matta-Clark, and, as observable in his slapstick humor, his refined, persistent wordplay, and his effort to recreate the experience of a joyful passage through a building, the building itself became part of the artwork.  (One also notes that it is Matta-Clark himself who cuts through walls and floors, pulleying himself to the next register, compassing out circles, and throwing shoulder and saw into them.) The exhibition also displays many photographs of the completed works, all un-manipulated by Matta-Clark’s sensitive cibachrome print arranging, granting the viewers a clear representation and a better understanding of the spacial qualities of the building by looking through four floors at once and having the dependability of walls and ceilings upset by bands of sunlight. 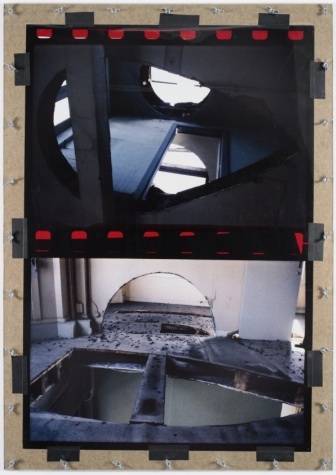 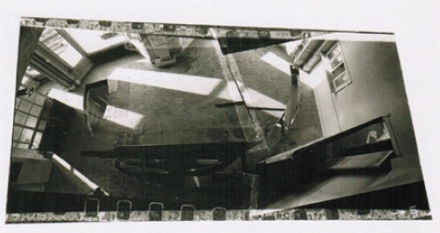 Though a tremendous amount of scholarly work has been done to untangling the dense theoretical, architectural, and conceptual riddles proposed by the man that Michael Kimmelman describes as the “charismatic Pied Piper of experimentalism from the frontier days of what came to be called SoHo,” recent exhibitions, like Galerie Thomas Schulte’s, draws admirers of Matta-Clark’s decade of production from far outside their immediate environs.  This show delivers for them another layer of appreciation while elegantly introducing to others the brilliant and exuberant work of this artist. 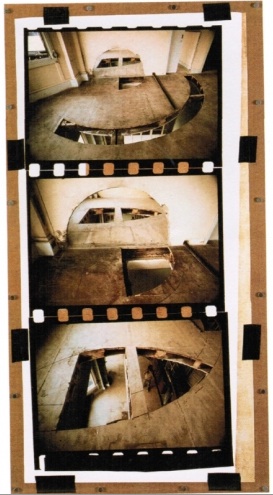 Gordon Matta-Clark was born in New York in 1943 to artists, Roberto Matta and Anne Clark, and with Alexina “Teeny” Duchamp as his godmother.  He studied at La Sorbonne and Cornell University, where he studied architecture and, in 1969, became acquainted with artists Robert Smithson and Dennis Oppenheim, becoming close friends with Smithson.  By the early 1970’s, he helped establish art communities in SoHo, creating the space, 112 Greene Street, and Food, a restaurant serving food, performance, and many of Matta-Clark’s art-cum-food projects.  He worked furiously for a decade and died of pancreatic cancer in 1979, at age 35.  Even before his death, he was the subject of major solo exhibitions at Musée d’Art Moderne de la Ville de Paris and the Museum of Contemporary Art, Chicago.  His most comprehensive retrospective to date is Elizabeth Sussman’s “You Are the Measure”, originating at the Whitney Museum and traveling to such museums as the Museum of Contemporary Art, Chicago and the Museum of Contemporary Art, Los Angeles.

This entry was posted on Sunday, July 18th, 2010 at 1:00 am and is filed under Go See. You can follow any responses to this entry through the RSS 2.0 feed. You can leave a response, or trackback from your own site.