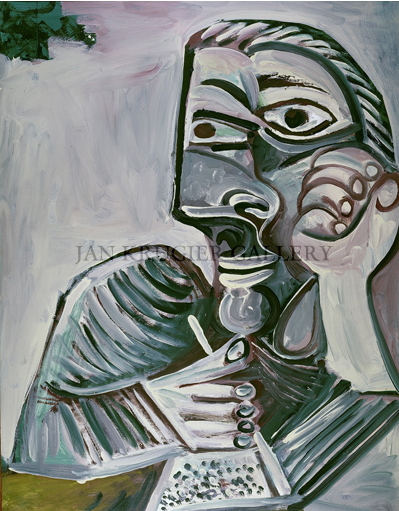 Currently on display at Jan Krugier is a presentation of roughly thirty Pablo Picasso works, which, when seen together, showcase the development of the artist’s style throughout his career. The works in the show are either a part of the Jan Krugier inventory or the Mariana Picasso Collection. Second only to the Musée Picasso in Paris, the Marina Picasso Collection is the largest grouping of works from Picasso’s estate. Jan Krugier has been the exclusive agent of the collection for the last forty years. Many of the works featured in “A Century of Picasso” have never before been shown in the United States.

A self-portrait, titled Personnage, from the end of Picasso’s career is the first work you encounter when entering the gallery. The oil on canvas was painted in 1971, just two years before Picasso’s death. Izabella Grocholski, the director of Jan Krugier, states that the portrait embodies a “restless creativity,” which characterizes Picasso’s work in his final years. When Picasso was asked what inspired his drastic change in style, he claimed it was due to ‘increasingly less time with more and more to say.’ Personnage, which is estimated to sell for upward of twenty-five million, truly shows the artists angst about approaching the end of his life. It is remarkable how attentively Picasso treated his subjects, especially when his subject was himself.

While Personnage is telling of the end of the artist’s career, Picasso’s 1908 oil on wood of a nude female shows the artists painting style in the beginning of his career. When it was painted, the nude was thought to be of the status of Manet’s Olympia and Matisse’s Blue Nude. 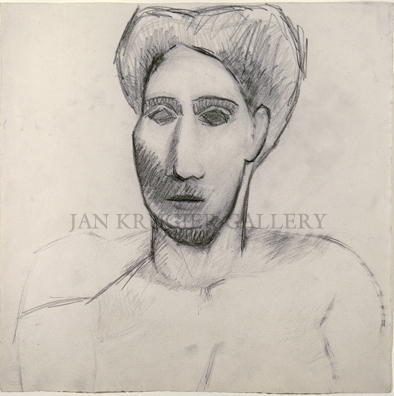 Picasso’s drawings featured in the show display the artist’s experience with cubism and his later transition from his cubist style to a style that identified more with surrealism. A 1906 drawing titled Tête de femme anticipates Picasso’s stylistic transformation that would ultimately lead to the production of his masterpiece, Demoiselles d’Avignon, which he painted a year later. Historically, Tête de femme represents Picasso’s transition from his Cezanne influenced tendencies to the birth of cubism. Mademoiselle Léonie, from 1910 displays Picasso’s final stylistic tendencies during his cubist period. Etude, a drawing from 1934 contradicts the cubist works, showing off Picasso’s experimental nature and surrealist style. 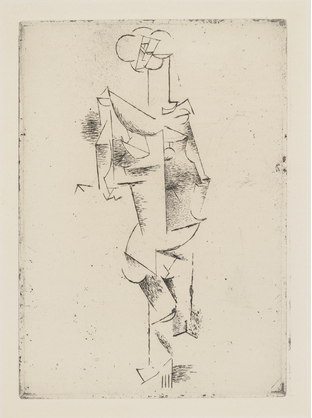 In addition to paintings and drawings, “A Century of Picasso” features very well known intaglio prints. Mintotaurmachie, from 1935, is the most notable print in the show. In the history of printmaking it is comparable only with the prints of Rembrandt. Alongside the display of prints there is an exhibit of very well labeled printmaking tools to show visitors the various printmaking techniques that Picasso explored. The prices of the prints in the show begin at $45,000. 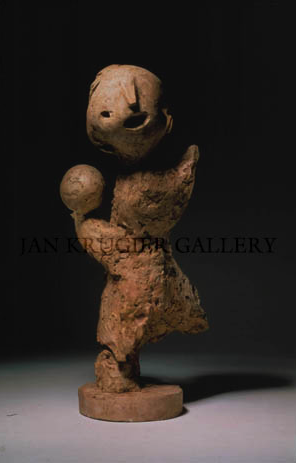 Small sculptures are placed throughout the show. Petite fille a la balle, Picasso’s lyrical sculpture from 1931 represents the artist’s Marie Thérèse period, a time when Picasso exuded strong surrealist tendencies. Some of his notable terra cotta faces from the sixties are also present.

“A Century of Picasso” is a part of a large series of Picasso exhibitions taking place in New York this season in honor of the artist’s centennial. The Metropolitan Museum of Art is currently showing “Picasso in The Metropolitan Museum of Art” through August 15th. The exhibition consists of three hundred Picasso works from the museum’s permanent collection. The museum is just blocks away from Jan Krugier. In addition, the Museum of Modern Art is also taking part in the centennial celebration with a show titled “Picasso: Themes and Variations.” “A Century of Picasso” contrasts the museum shows due to a different setting and a different body of work on display. The Jan Krugier gallery provides an intimate setting for the thirty works, some rarely seen, all high quality, and available for purchase. The exhibition gives Picasso lovers the opportunity to view his work ad explore his career through a unique perspective, complimenting the museum shows quite well. While the Met and the MoMa provide many works for viewing,  “A Century of Picasso” gives an extraordinary depth of information to selected periods of Picasso’s life.

This entry was posted on Thursday, July 1st, 2010 at 1:00 am and is filed under Go See. You can follow any responses to this entry through the RSS 2.0 feed. You can leave a response, or trackback from your own site.