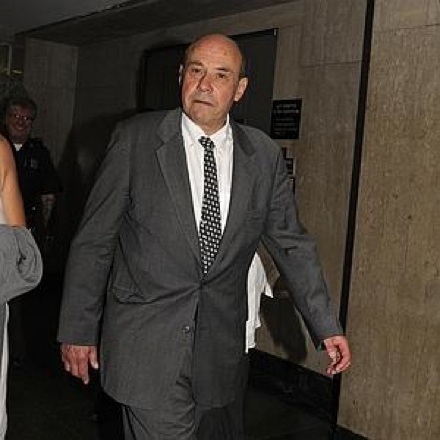 Art dealer Lawrence Salander, 61, was sentenced to 6-18 years in prison on Tuesday for defrauding clients of more than $120 million. Salander, formerly of Salander-O’Reilly Galleries, was arrested last March on charges of more than 100 counts of grand larceny and other felony offenses.  He pleaded guilty to 29 of those counts earlier this year, admitting to having engineered an elaborate series of fraudulent investment schemes over the course of more than a decade.  His offenses include selling single works of art to multiple buyers, selling shares of artwork owned outright  by other investors, and leveraging works he had already sold to secure bank loans.

Prior to closing in 2007, Salander-O’Reilly Galleries had been known for their eclectic Old Master and Modern holdings.  Their high-profile clientele included tennis champion John McEnroe and actor Robert De Niro’s late father, Robert De Niro Sr. According to the New York Times, McEnroe had acquired a 50% share of two important Arshile Gorky paintings, titled “Pirate I” and “Pirate II,” in 1994. Salander subsequently sold these paintings in their entirety to another dealer, while simultaneously listing them as security to obtain a loan from Bank of America.  In an effort to constantly expand his business and maintain an ostentatious lifestyle, Salander continued to engage in increasingly audacious personal and professional transactions.

As part of a plan ordered by the U.S. Bankruptcy Court, some of the firm’s remaining holdings were liquidated at auction during Christie’s Old Master’s sale in June.  The consigned lots raised $2.1 million on behalf of the creditors of Salander-O’Reilly Galleries, falling short of the pre-sale estimate.  Although the sale results overall were disappointing, with only 60% of the total lots going to buyers, 128 objects, just over 80% of Salander’s 175-object consignment, were sold.  The highest price fetched among these was an image of the kneeling Jesus, attributed to the school of El Greco, which brought in $386,500.

Liquidation of the dealer’s remaining assets, including books, works of art, furniture, decorative objects, automobiles, and estates continues.  Despite the aggressiveness with which Salander acquired material wealth, it remains unlikely that his victims will receive commensurate compensation for their losses.  In addition to the extraordinary legal fees he has incurred throughout this trial, his wife is seeking divorce, and the bankruptcy for which he filed following the closing of his gallery in 2007 has yet to be resolved.

This entry was posted on Wednesday, August 4th, 2010 at 12:21 pm and is filed under Art News. You can follow any responses to this entry through the RSS 2.0 feed. You can leave a response, or trackback from your own site.