The Philosophy of Andy Warhol (From A to B and Back Again)
(Andy Warhol, 1977)
Read More and Buy↠
Home » Go See – London: Alice Neel at Whitechapel Gallery through September 19, 2010 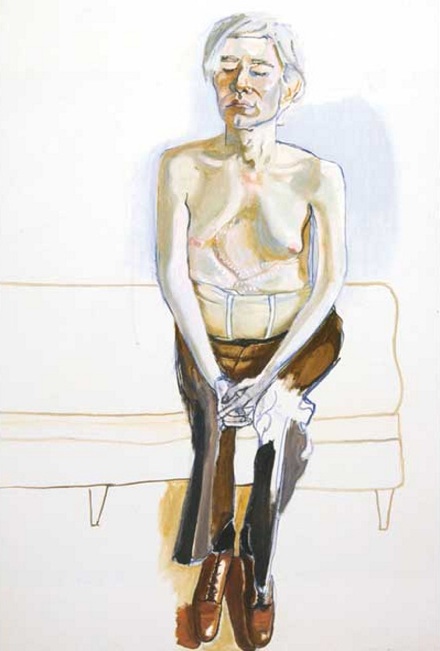 Currently on view at Whitechapel Gallery is “Painted Truths,” the first major European exhibition of work by American artist Alice Neel (1900-1984).  Featuring more than sixty paintings produced over the course of her artistic career, the show focuses upon the psychologically insightful and expressive portraits for which she is best known. Also included are a number of Neel’s cityscapes, in which the anonymity and exteriority of New York City are shown alongside the artist’s intimate depictions of its inhabitants. 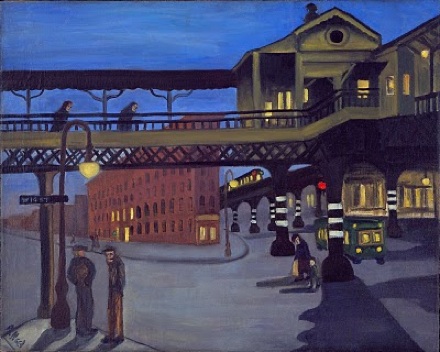 Although her work was largely neglected or dismissed by critics and collectors for most of her life, Neel’s name is often associated with her portraits of major figures of the contemporary art world. Andy Warhol sat for her in 1970, willingly revealing the scars incurred by the assassination attempt he survived two years earlier, as well as the physical imperfections for which he was famously self-conscious. She painted artist Robert Smithson in 1962, the same year in which she was first featured in a major review by ArtNews. Also in the current exhibition are Neel’s portraits of important art historians Linda Nochlin (Linda and Daisy, 1973), and Meyer Schapiro (1980).  The former was completed shortly after the publication of Nochlin’s seminal essay “Why have there been no great women artists,” which appeared in ArtNews in 1971. 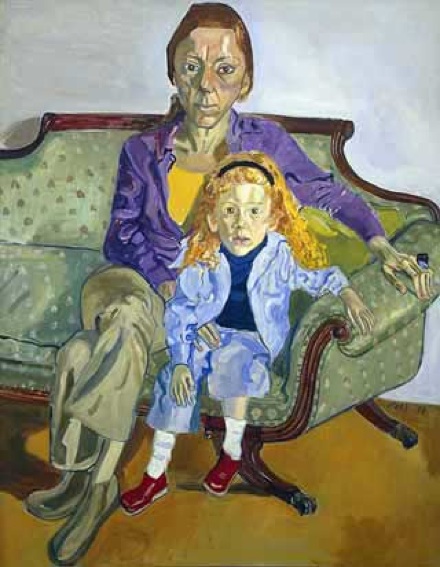 The installation is organized around several recurring themes of Neel’s portraiture: the Essential Portrait, the Allegory, Portraits from Memory, the Psychological Portrait, Nudes, Old Age, Parents and Children, and the Detached Gaze.  Such structure is difficult to impose, however, as most of the works on view arguably occupy several of these classifications at once. The categories provided are nevertheless instructive in considering Neel’s enduring preoccupations with certain types of subject matter and various representational modes.

Neel’s interest in depicting parents with their children, pregnant women, and her own family is often attributed to the troubled circumstances of her personal life. The death of her first daughter was followed by the loss of her second  to divorce, when her husband took the child and fled to Cuba. Her early life in New York City was plagued by a series of unstable romantic relationships and great financial hardship. Her ability to observe and portray suffering in an unsentimental manner is evident in early works like TB, Harlem, 1940, in which one of her neighbors is shown in bed following a tuberculosis procedure. 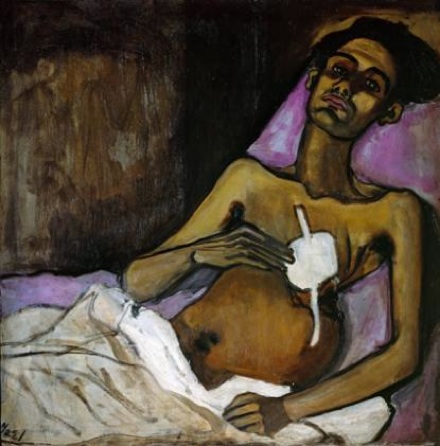 “Painted Truths” also includes a documentary about the artist directed by her grandson, Andrew. While the film does not obscure the many difficulties faced by the family as a result of Neel’s artistic pursuits, its presence enriches the artist’s sensitive and complex portraits of her own family. Hartley (1966), a portrait of her younger son painted at the age of 25, is among the most frank and engaging pictures in the exhibition. It’s contrast to her depiction of poet and critic Frank O’Hara, painted in 1960, reveals the artist’s use of style as a primary vehicle through which to communicate characteristic traits.

Neel’s sustained interest in portraiture over nearly seven decades is as remarkable as the consistency with which she explored particular aspects of the human condition. She is often credited with having revived the format of portraiture, despite the male-dominated artistic culture in which she worked, and its critical preference for abstract expressionism and pop art.

The present exhibition, which debuted at the Museum of Fine Arts, Houston, in March, will remain on view at the Whitechapel Gallery through September 19, 2010.

This entry was posted on Saturday, August 21st, 2010 at 8:33 pm and is filed under Ending September 2010, Go See. You can follow any responses to this entry through the RSS 2.0 feed. You can leave a response, or trackback from your own site.