The Philosophy of Andy Warhol (From A to B and Back Again)
(Andy Warhol, 1977)
Read More and Buy↠
Home » AO News Summary: Jerry Hall, Model and Ex-Wife of Mick Jagger, Will Send 14 Works To Auction At Sotheby’s London Contemporary Art Sale in October 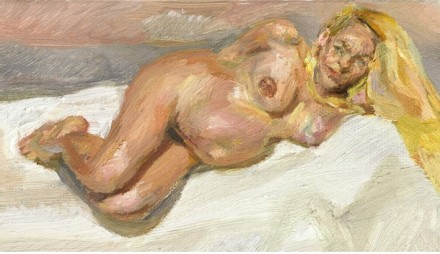 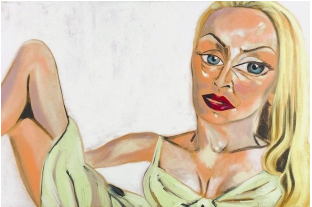 Francesco Clemente’s Portrait of Jerry Hall, to be auctioned at Sotheby’s in October

The featured lot is a portrait of the model by Lucian Freud, painted in 1997 when she was 8 months pregnant with her fourth and last child with Jagger. Eight Months Gone is estimated to fetch between £300,000-400,000; along with paintings by Ed Ruscha and Francesco Clemente, it is one of three portraits of Hall up for sale. 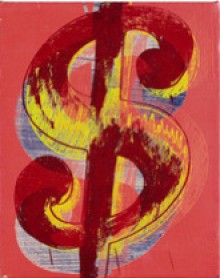 Andy Warhol, Dollar Sign, given to Jerry Hall by the artist

Andy Warhol’s Dollar Sign will also hit the auction block and is estimated to bring £150,000. The canvas was given to Hall by Warhol for her help with the production of his 1982 television show, Warhol TV.

Hall’s contribution to the Sotheby’s sale, which is set to coincide with the Frieze Art Fair, has generated interest in what will hopefully be an exciting auction season this fall.

This entry was posted on Wednesday, September 8th, 2010 at 12:15 am and is filed under Art News. You can follow any responses to this entry through the RSS 2.0 feed. You can leave a response, or trackback from your own site.