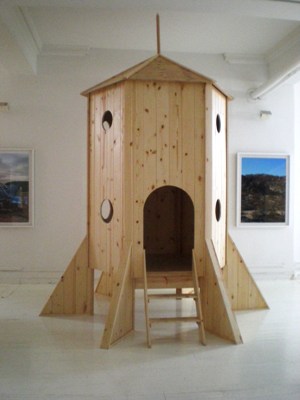 Rocket by James Franco. All images by Olivia Loving for Art Observed.

Currently on view at the Clocktower Gallery in New York is an exhibition by actor and aspiring visual artist James Franco. The show’s title, The Dangerous Book Four Boys, is a spin-off of the name of a recently released how-to book for boys.  Like the book, the exhibit revolves around the self-awareness and confusion that accompany adolescence. 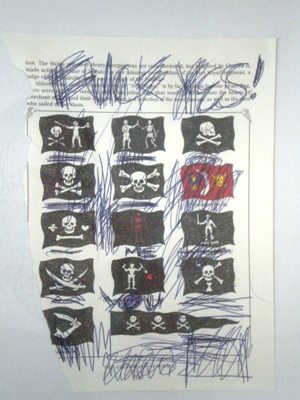 Franco’s exhibit stretches from one end of the hallway to the other, spilling through three rooms and including sixteen titled works and a number of unnamed pieces. Texts torn from The Dangerous Book for Boys by Conn Iggulden have been manipulated by scratching and doodling, often featuring obscenities such as “Fuck Yes!,” which appears on a page dotted with skulls and stick figures. 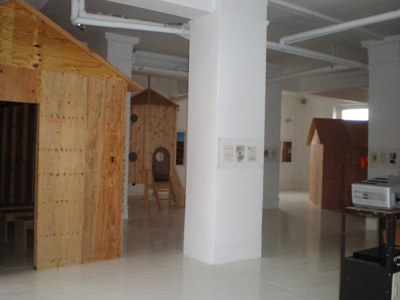 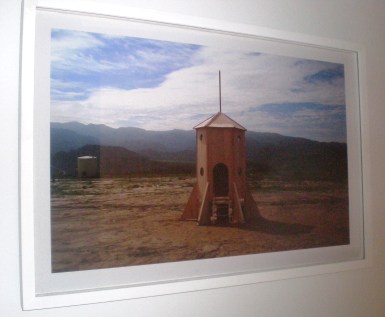 Two small wooden houses and a rocket ship fill the last and largest room. According to the gallery’s press release, each is “a recreation of houses featured in [Franco’s] short film.” The rocket ship is held up by triangular supports and balances a tall, thin spike on top. Nearby pictures feature the rocket ship in other locations: on a valley in an exotic land, for example, adjacent one of the other miniature structures. 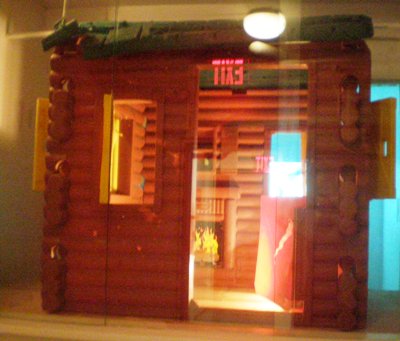 One of the other wooden structures is Burning House, a small cabin made to look as though it is on fire. The outside walls glow, while a video playing inside depicts an actual burning house (fire is a recurring motif throughout the show). The rustic house, protected by glass, is a replica of a Lincoln-era log cabin with a hearth. 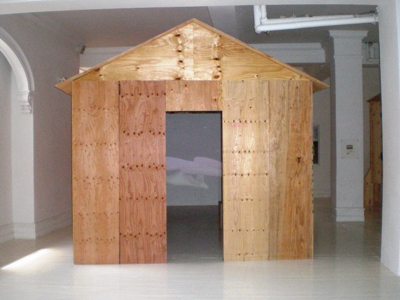 Viewing House by James Franco, featuring a series of videos

These structures take up more than half the exhibit. All imply displacement, with the rocket ship suggesting a journey; they refer to the growing up and moving forward that are integral to the adolescent experience, and to the sense of remoteness and destruction that accompany this transitional phase. 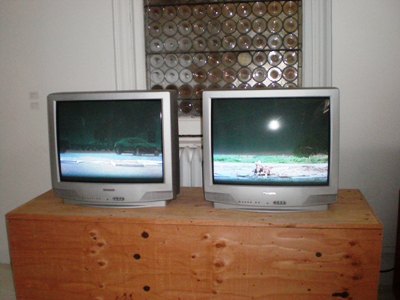 Two videos featured at the entrance to the back room record a man tearing down a miniature house. One house is rolled into a parking lot; another sits in a valley that recalls the UFO’s scene elsewhere in the show. In teenage-fashion, the destructive man runs the gamut of emotions, from extreme passion to extreme exhaustion. At one point, he sits down, apparently spent, and then slowly picks up the hammer again. In another video, a boy talks about his relationship with his parents and his father: “I used to tell my parents I hated them…I didn’t really understand at the time, but he understood me.” While adolescents stereotypically express emotions easily and carelessly, this one realizes his own immaturity and his parents’ capacity to forgive and forget. 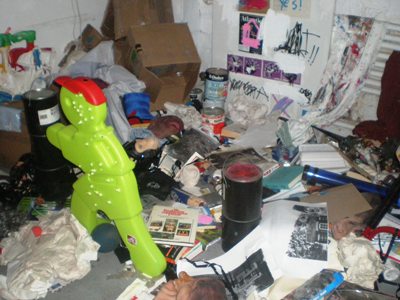 Room 1 of The Dangerous Book for Boys 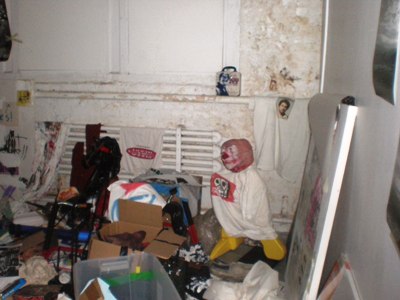 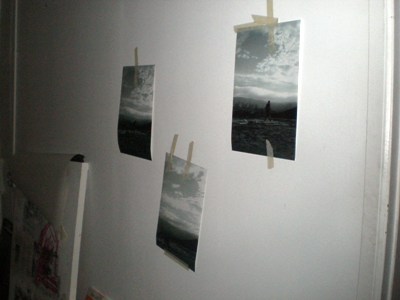 The exhibit spans the length of a long hallway so that the viewer re-visits the first two rooms upon exiting the gallery.  The first room of the exhibit is full of displaced objects from Franco’s own adolescence. Posters on the wall are supported by one or two pieces of masking tape. The room is disorganized and overwhelming, comprised of three installations: Cat Sculpture (2008), Scatter Piece (2010), and two videos: Dicknose in Paris (2008) and Masculinity and Me (2008). Dicknose in Paris (2008) is described by the gallery as “toying with the language of popular culture… including [Franco’s] own persona.” The piece features Franco talking with a plastic penis on his nose, portraying him as an accessible, humanized entity to the public. Paradoxically, this gesture conveys the image of a more self-aware, perhaps even mature figure than many of his contemporaries.

Franco seems to understand that art is not about perfection. His apparent goal, instead, is to translate a message that is rarely conveyed to the public. It is about capturing, in an immediate and material way, psychological messiness and disorder. It depicts adolescence in “manners at once humorous, salacious and disturbing,” as the gallery describes. Franco freely admits that adolescents are often immature and more often confused, and his art aims to narrate this coming-of-age. 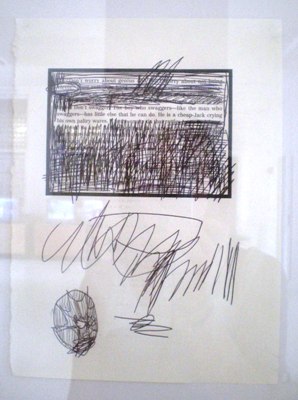 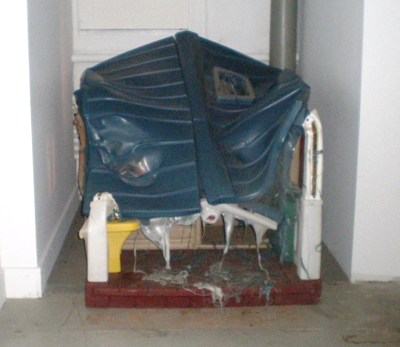 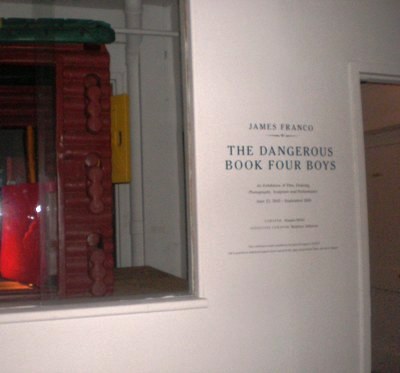 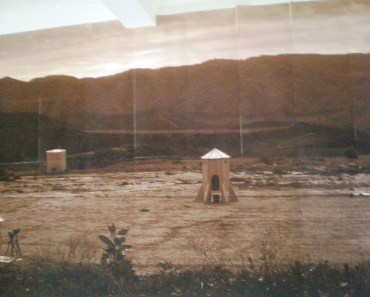 The exhibit is on view through October at the Clocktower Gallery, operated by Art International Radio (AIR).

This entry was posted on Friday, September 24th, 2010 at 7:51 pm and is filed under Go See. You can follow any responses to this entry through the RSS 2.0 feed. You can leave a response, or trackback from your own site.