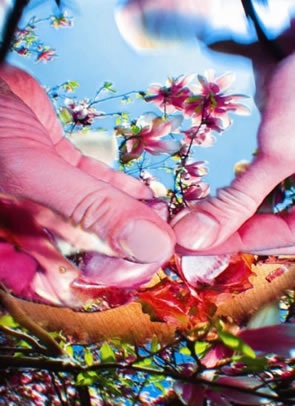 To celebrate the Langmatt Museum’s 20th anniversary, “Close My Dress, Thank You,” by Pipilotti Rist, the prominent Swiss filmmaker and video artist, is currently on view. This exhibition is the fifth in the series “Summer Guest,” begun by the museum’s director Rudolf Velhagen in 2006. (Stay tuned for the On Site video of Rist’s opening at New York City’s Luhring Augustine Gallery, appearing on Art Observed later this week!)

Upon Karl Moser’s original construction, between 1900 and 1901, Villa Langmatt became the home of the Brown-Sulzer family, known in Germany for their impressive art collection. Villa Langmatt was first opened to the public as a museum in 1990 and today is Baden’s museum of Impressionism and Lifestyle, housing a notable French Impressionist painting collection of Renoir, Cezanne, and Monet. It also holds a large decorative arts collection, including East Asian and European ceramics and carpets in the museum’s former living quarters.

More image and text after the jump…

In “Close My Dress, Thank You,” Rist directs the viewers’ attention to the servant life that once existed in the mansion, creating video counterworlds of the scenes in the French Impressionist paintings that are displayed in the museum’s permanent collection. Rist is solely concerned with the Brown-Sulzer family’s employees, who tended to the their personal needs and the up-keep of the mansion. The exhibition’s message does not only pertain to the Brown-Sulzer family, as this was a regular luxury for every household in the family’s social class at this time. 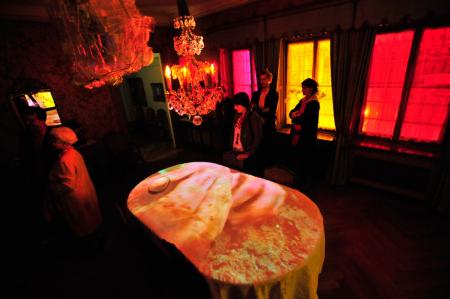 The exhibition’s title, a fragment of a spoken sentence, refers to the uncomfortable closeness that was once present in the master-servant relationships of the early nineteen-hundreds. This intimacy was bearable only because of the extreme social hierarchy that was in place during the period.

In her work, Rist juxtaposes her carefully-composed light instillations and soothing music with the famous Impressionist paintings displayed at the Langmatt Museum. At times it is difficult to discern where the video is projected from, heightening the illusion and fantasy created. Rist emphasizes historical socio-economic incongruities by considering how crucial these domestic workers were in defining the self-image of the wealthy. 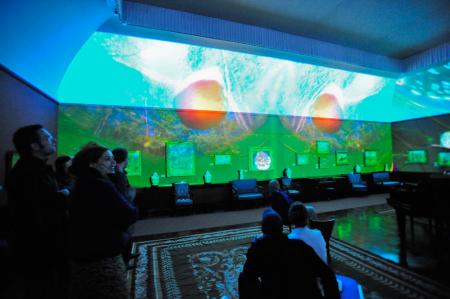 Pipilotti Rist, Video Instillation in the Gallery of Villa Langmatt, 2010, Langmatt Museum, Baden image courtesy of Like You.

One of the works in “Close My Dress, Thank You” is constructed of plastic objects. Rist’s delicate lighting techniques cause the plastic to resemble crystal. Here the artist is purposely using an inexpensive material and transforming in into a luxury object to suggest that value is defined by society. Her marriage of Impressionist painting and contemporary video instillation questions the validity of artistic hierarchy, and proves that what is valuable in this field is also constantly subject to change.

The artist’s work also refers to the ongoing debate surrounding housework and other unskilled labor, perceived by some as less valuable, and to the fact that present-day employees of the museum still rely on the former workers’ “tricks of the trade.”

Pipilotti Rist allows the viewers of “Close My Dress, Thank You” to contemplate the parallel lives of the servants and their masters in the history of Villa Langmatt. Her final work is a large-scale mirror instillation that gives the viewer a chance to incorporate his or her own image into the realities addressed throughout the exhibition. 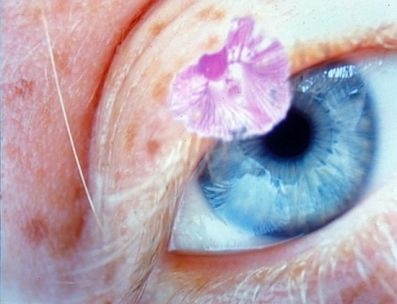 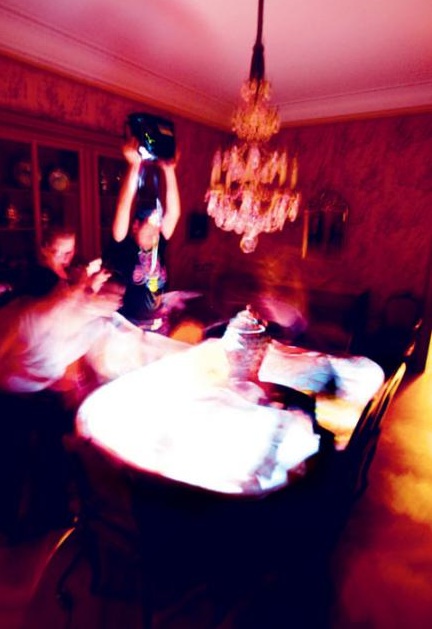 Rist is known for her study of parallels in societal history and art history. This is not the first time the artist and her team have worked on locations that were formerly homes to the wealthy. Most recently, in 2009, Rist held an exhibition at Werdenberg Castle, Switzerland.

Earlier this year the artist was honored with the Cutting Edge Award at the Miami International Film Festival. Rist is represented by Hauser & Wirth and is currently holding another solo show at Luhring Augustine in New York. Born in 1962, as Elizabeth Charlotte Rist, in Garbs, Switzerland, Pipilotti Rist now divides her time between Zurich and Los Angeles.

This entry was posted on Monday, September 13th, 2010 at 12:59 pm and is filed under Art News. You can follow any responses to this entry through the RSS 2.0 feed. You can leave a response, or trackback from your own site.