This week’s auctions at Sotheby’s Hong Kong indicated that the Chinese art market continues to show signs of growth, as both Contemporary Art sales easily passed the earnings of the equivalent sales in 2008 and 2009. Monday featured back to back auctions. First, the 20th Century Chinese Art sale realized 137,313,750HKD (est. 130 million HKD) with 29 of 38 lots sold. The afternoon Contemporary Asian sale realized 205,896,250  HKD, well above the presale estimate of 150 million HKD.

A record was set for a work at auction for Zhang Xiaogang with an early work from 1992 on the market for the first time ever at the Contemporary Asian sale. The canvas, showing a baby painted over both mass produced and personal photographs of the Cultural Revolution, sold for 52.2 million HKD, well above presale estimates of 21-23 million HKD. The painting was bought by a private museum in Shanghai. 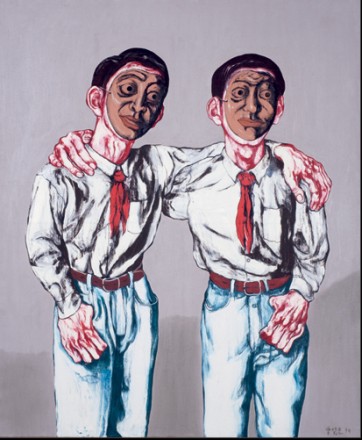 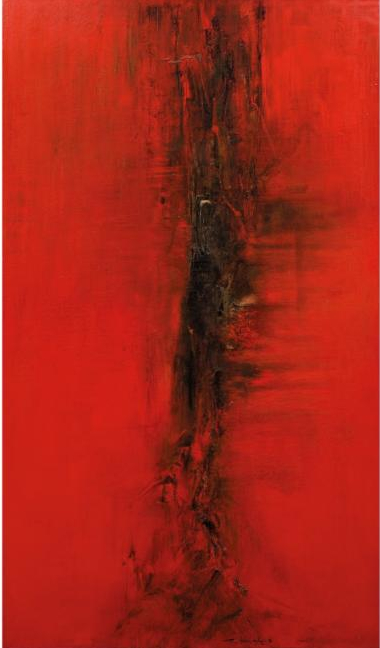 At the 20th Century Chinese Art sale Zao Wou-Ki‘s red canvas was the top selling lot. The work sold for 14.1 million HKD, at the low end of the presale estimate. 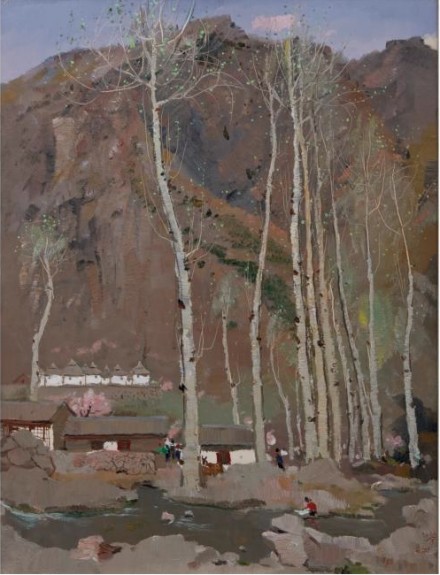 Wu Guanzhong, who passed away in June of this year, took second place at the 20th Century Chinese Art sale and brought in 12.4 million HKD over a high presale estimate of 7 million HKD. This landscape was painted a year after the artist’s return to painting following years of hard labor under the Communist Party and a prohibition against painting.

The fall auction season continues with sales in London from October 13-16 and in New York from November 2-10. Check back for continued coverage of the auctions.

Chicago Sun-Times November 25, 2010 | Stella Foster STELLA’S SPOTLIGHT TODAY IS THANKSGIVING Day, so we all should to take a moment to thank God for all our blessings . . . and if you are reading this, thank him for waking you up this fine morning. So many beautiful people are hurting this Thanksgiving due to the economy, loss of jobs, homes, loss of loved ones through violence/sickness, soldiers dying in two ongoing wars (and possibly a third) and thousands of people soon to be kicked off of unemployment compensation . . . but just know a brighter day has to be on the horizon . . . if not . . . we’re in BIG trouble! Some of us may feel that we have unanswered prayers in these hard times, but keep hope alive and continue to believe because God is all-knowing and cares. see here kim zolciak wedding

RAINBOW PUSH will serve Thanksgiving dinner to 250-400 or more starting at 11 a.m. today, and I will be among the servers. Also, the Rev. Jesse Jackson just returned from South Africa where he was the featured speaker for Nobel laureate Albert John Lutulil Lecture series and met with former South African president Nelson Mandela. Gibsons is providing the food.

HERE’S an insightful response to my Tuesday column on the Bears’ Israel Idonije’s kindness to kids through his foundation:

“Kudos to you for not only extolling Israel Idonije’s good deeds, but also questioning the seemingly lack of ‘giving back’ by pro athletes whose wealth far exceeds their thinking of others. The players are versed on how to react to the media and how to handle their finances, but I wonder if they ever receive advice on how to give back to the less fortunate. There should be more exposure about others like Israel, and bypass news about the athletes’ high-living hijinks.” M. Silbar REALITY STAR Kim Kardashian launching her very own Signature Watch Collection with the unveiling at the Grove in L.A. on Dec. 7. I must say Kim truly has created a merchandising empire based on a big butt and a sex tape. . . . And pop star Christina (“Burlesque”) Aguilera is taking a cue from Kim and has certainly increased her curves . . . Bankrupt R&B singer Toni Braxton now admits she has lupus besides her heart problems. . . . Actress Angela Bassett signed on to star in the ABC pilot drama “One Police Plaza.” And also will be in the new “The Green Lantern” movie with Ryan (The sexiest man alive) Reynolds next year . . . Very rich Warren Buffett and former President George H.W. Bush are among the the Presidential Medal of Freedom awardees. . . . Actors Jamie Foxx, Jennifer Aniston, Colin Farrell and Kevin Spacey in next year’s “Horrible Bosses” movie. . . . “The Real Housewives of Atlanta” star Kim Zolciak is preggers by Atlanta Falcons’ Kory Biermann. here kim zolciak wedding

COMIC/ACTOR Chris Rock makes his Broadway debut in the play “The Motherf**ker With The Hat” co-starring Bobby (“Mall Cop”) Cannavale and opening in April at the Gerald Schoenfeld Theatre. The MF part is just what you think it is and the play is about fidelity and love. How sad that the MF word is the only one playwright Stephen Adly Guirgis could come up with.

ABOUT TOWN: The groundbreaking for the nation’s first Green Park Eco Garage fully automated LEED Gold certified parking facility is Dec. 3 at 1868 N. Milwaukee, and it opens next year. . . . First lady Maggie Daley and family members enjoyed a performance of “The Lion King” on Sunday at the Cadillac Palace Theatre. I was told that she was using her walker and looked great. . . . R&B artist Dwele, who is featured in those soulful McDonald’s McCafe commercials, will perform at the Shrine Chicago nightclub on Saturday with N’Digo mag’s Zondra Hughes hosting. . . . New Cook County Board prez Toni Preckwinkle dined with staff at the Athena eatery on Halsted. . . . PR wiz Dori Wilson, TCW mag’s Sherren Leigh, JP Morgan Chase exec Kyle Williams and galpal Ashley Hooks dined at Mastro’s Steakhouse Tuesday, and the Sun-Times’ Rich Roeper was at a separate table. Talented vocalist Molly Callinan chirps at that hot spot Wednesday-Saturday. . . . The grand opening of Dori Collins’ swanky rental venue called Pink Inc. in the South Loop is Saturday.

This entry was posted on Friday, October 8th, 2010 at 8:01 am and is filed under Art News. You can follow any responses to this entry through the RSS 2.0 feed. You can leave a response, or trackback from your own site.