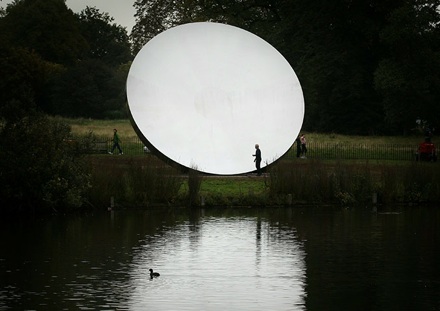 On view in London’s Kensington Gardens is a major exhibition of outdoor sculpture by London-based artist Anish Kapoor. Presented jointly by the Serpentine Gallery and the Royal Parks, the exhibition displays works not previously shown together in London. Dispersed throughout the gardens, Kapoor’s sculptures are made from highly-reflective stainless steel, which create large mirrored surfaces to distort the image the surrounding environment. 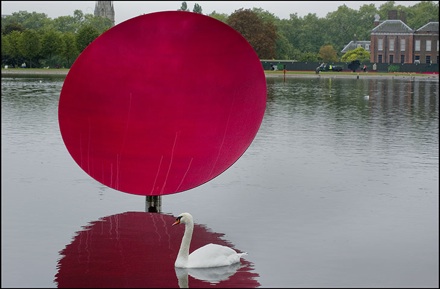 The sculptures capture and warp the appearance of changing weather, foliage, and people passing through the park. At first glance, they appear to simply reflect the natural state of the surrounding elements. Upon closer observation, their agency as sites of visual transformation emerges. Viewers are invited to consider their relationship to Kapoor’s work as well as their place within the surrounding environment. 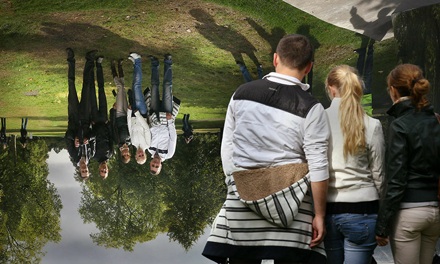 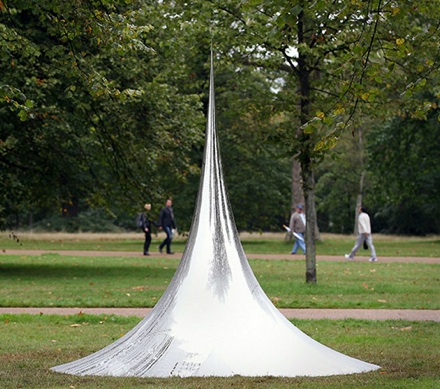 “Turning the World Upside Down” is the first major installation of sculpture in the park since Henry Moore’s acclaimed exhibition in 1978. Kapoor’s four large-scale works compliment the landscape in which they are placed and allow viewers to contemplate the complexities of human perception.

This entry was posted on Sunday, October 10th, 2010 at 2:02 pm and is filed under Go See. You can follow any responses to this entry through the RSS 2.0 feed. You can leave a response, or trackback from your own site.