September 28th, 2020
REFERENCE LIBRARY
Home » Art News: Damien Hirst’s diamond-encrusted human skull “For The Love of God” to be displayed at the Palazzo Vecchio in Florence until May 2011

Art News: Damien Hirst’s diamond-encrusted human skull “For The Love of God” to be displayed at the Palazzo Vecchio in Florence until May 2011 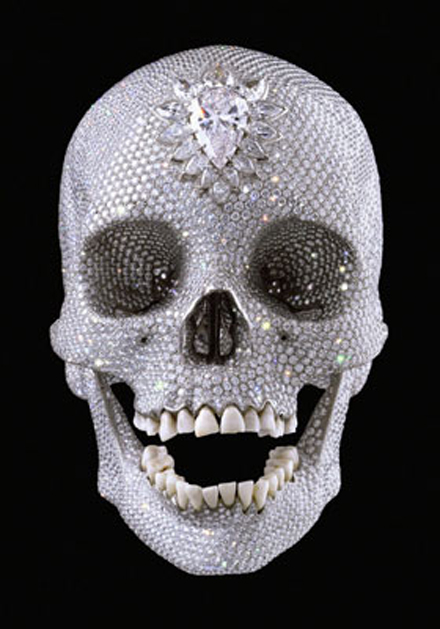 “For the Love of God” 2007, platinum diamond and human teeth. Image via White Cube Gallery, Beyond Belief exhibition.

“For the Love of God,” Damien Hirst‘s globally recognized piece in which he encrusted a circa-1800 AD skull with 8,601 diamonds (including a £4 million pear-shaped pink diamond embedded in the forehead), is now on display through May 1, 2011 in the Palazzo Vecchio – the massive Renaissance fortification and historic seat of the Florentine government.  The 2007 work, an iconic symbol of the last art boom, has not been displayed publicly in recent years. 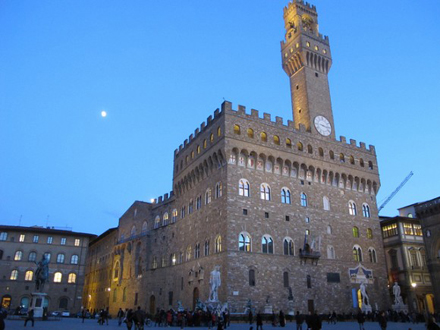 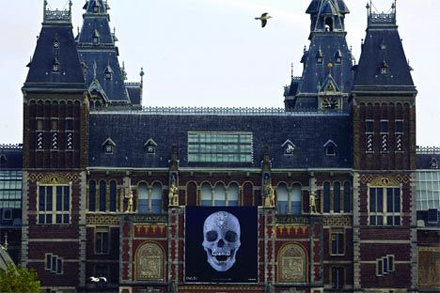 Damien Hirst’s Diamond skull exhibited at the Rijksmuseum in 2008. Image via The Art Newspaper

“For the love of God” was exhibited for first time in an illuminated glass case in the darkness on the top floor of the White Cube Gallery in London, and subsequently in Amsterdam at the historic Rijksmuseum.  There were plans for the work to go on display at the Hermitage in St. Petersburg, Russia and the British Museum in London which were never realized.  The work is on record as having been purchased for £50 million, but that price has been disputed as it was later reported that the consortium buying the work included Hirst himself, his business manager, and his dealer Jay Jopling.  Nevertheless, the cost of materials alone sets an eight figure floor for the work.  The title of the piece was reportedly inspired by Hirst’s mother who said: “For the love of god, what are you going to do next?”

The city of Florence will pay nothing to host what is often cited as the most expensive work of art ever produced. In fact, the show’s organizers will compensate the city a guaranteed amount based on ticket sales, available at €10 each, with 230,000 visitors projected to attend.

Hirst’s skull rears its head in Florence [The Art Newspaper]
Back out of the vault: secret life of the skull [The Independent]
Damien Hirst Diamond skull in Palazzo Vecchio [turismo.intoscana]
Hard times send Hirst back to the drawing [CNN]

This entry was posted on Saturday, November 27th, 2010 at 10:05 pm and is filed under Art News. You can follow any responses to this entry through the RSS 2.0 feed. You can leave a response, or trackback from your own site.

2 Responses to “Art News: Damien Hirst’s diamond-encrusted human skull “For The Love of God” to be displayed at the Palazzo Vecchio in Florence until May 2011”