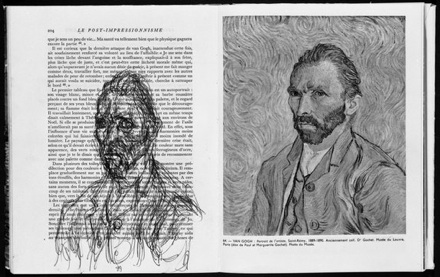 Giacometti’s sketch of Van Gogh, executed in a 1961 textbook on Post-Impressionism by John Rewald. Image via the NY Times.

The private Upper East Side showroom run by former Christie‘s experts Christopher Eykyn and Nicholas Maclean has been temporarily opened to the public for a major exhibition of work by Alberto Giacometti. “In Giacometti’s Studio — An Intimate Portrait” runs from October 29 through December 18, and features nearly 100 objects ranging from major sculptural works to intimate drawings sketched in books and on newspapers, some of which have seldom or never been displayed publicly. The show’s contents were drawn from the collection of Giacometti’s late nephew Silvio Berthud, and organized by art historian Michael Peppiatt (a close friend of the artist’s family). “In Giacometti’s Studio” coincides with the publication of a book of the same title authored by the curator. 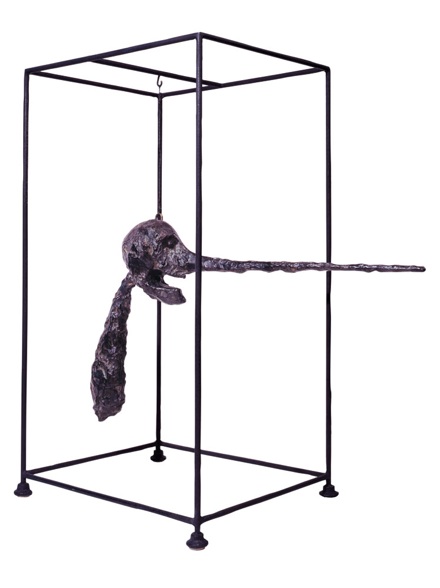 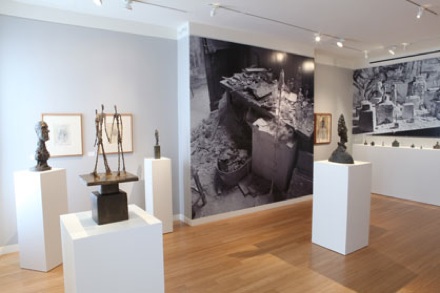 All installation views via Eykyn Maclean.

The gallery’s press release characterizes the show as a “scholarly, not-for-sale” exhibition, thematically framed as a personal glimpse into the artists studio, creative process, and daily life. Such a reduction in commercial emphasis has gained popularity in recent months, with similar concepts explored at household names like Gagosian and Aquavella. The New York Times’ Carol Vogel attributes the shifting agenda of commercial institutions to a broader trend reflecting the primacy of art fairs over museums and gallery shows as the primary point of access to modern and contemporary art collectors. Through the coupling of landmark works with personal studies, including a 1947 portrait of Giacometti’s mother, organized by a personal acquaintance and expert on the artist in cooperation with his descendants, “In Giacometti’s Studio” aims to create an intimate “family and friends” style event, providing a more tactile encounter with an artist whose success has already attained quasi-mythological proportions. 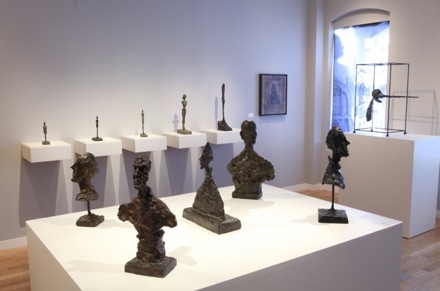 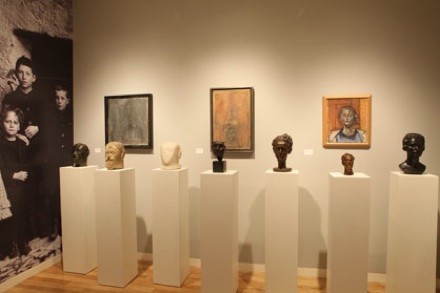 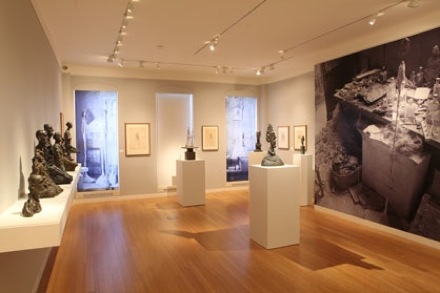 The show runs concurrently with “Giacometti in Switzerland,” the first exhibition of Gagosian Gallery’s new Geneva location, on view from November 18, 2010 through March 5, 2011. This iteration also features a combination of rarely-seen sculptures, drawings, and paintings, as well as additional archival materials from Giacometti’s estate.

This entry was posted on Friday, November 26th, 2010 at 2:42 pm and is filed under Art News. You can follow any responses to this entry through the RSS 2.0 feed. You can leave a response, or trackback from your own site.

One Response to “GO SEE-NEW YORK: ALBERTO GIACOMETTI “IN GIACOMETTI’S STUDIO” at Eykyn Maclean through December 18, 2010”