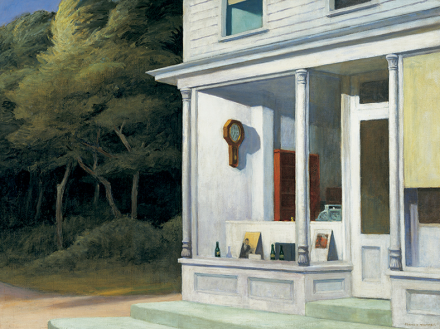 Modern Life: Edward Hopper and His Time, which opened last month at the Whitney Museum, presents roughly 85 works by the artist and his most immediate American contemporaries. Tracing Hopper’s singular vision of American realism over more than six decades, the exhibition stages a selection of paintings from their permanent collection (with several exceptions) in the context of works by members of the Ashcan school, the Precisionists, Social Realists, and others who examined modern urban and rural life in the first half of the twentieth century. Through comparisons of Hopper’s formal approach and social interests with those of the artists working nearest to him, the show reveals both conceptual intersections and stylistic distinctions between it’s titular master and his diverse peer group. 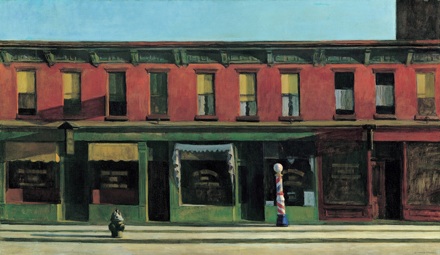 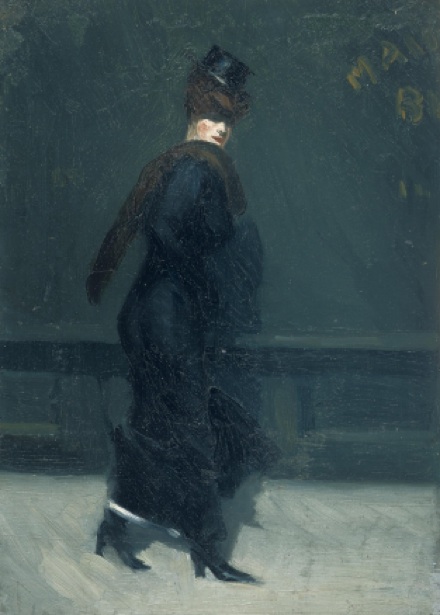 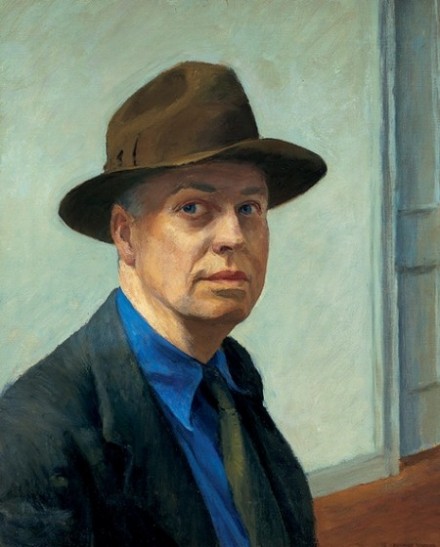 Modern Life situates Hopper’s earliest works within the context of Ashcan painters like Robert Henri, with whom he studied in the first years of the twentieth century. As a student, he admired works by the French Impressionists (Manet and Degas, in particular), taking three trips to Europe where he painted outdoors and observed public urban interactions. While he was inspired by both the American and European approach to depicting scenes from everyday life, he declined to adopt the more overt stylization and narrative specificity of his peers. 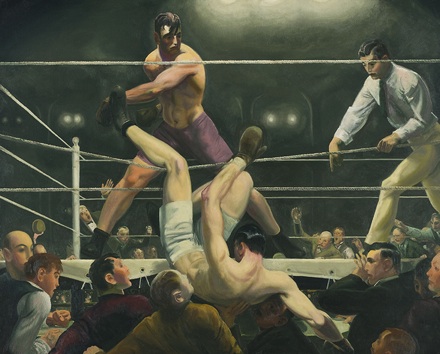 Hopper’s formal rectilinearity, thinly-painted, monochromatic planes, and expressive use of architecture are related here to works by Charles Demuth, Ralston Crawford, and other American Precisionists of the 1920’s. Although he incorporated aspects of the urban industrial vista into his compositions, and often abstained from “anecdotal details,” he did not embrace abstract geometry at the expense of figural representation or human drama. 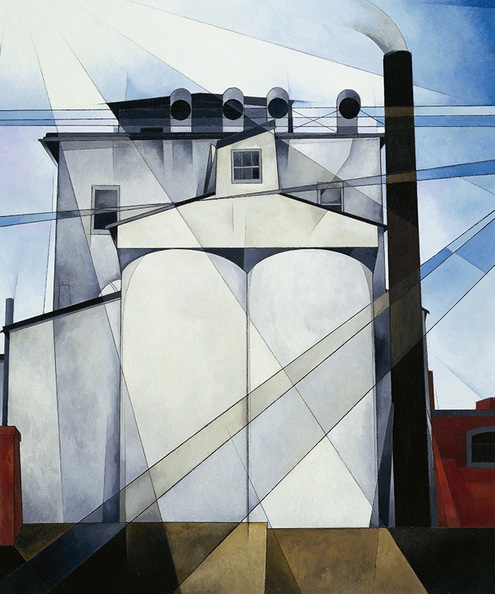 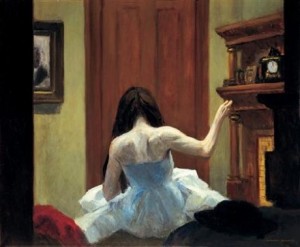 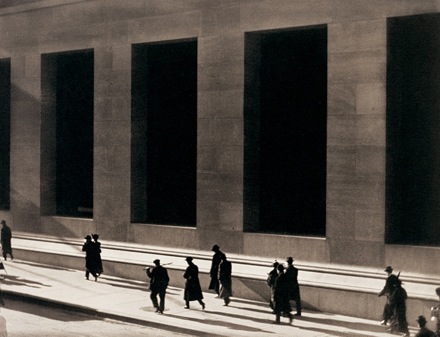 From the 1930’s onward, Hopper increasingly explored coastal landscapes and small-town architecture, leading to his association with Charles Burchfield and the American Scene painters of this era. Unlike the Social Realists, to whom he was also compared during this period, both his urban and rural scenes continued to emphasize solitude and introspection rather than lively social exchanges. 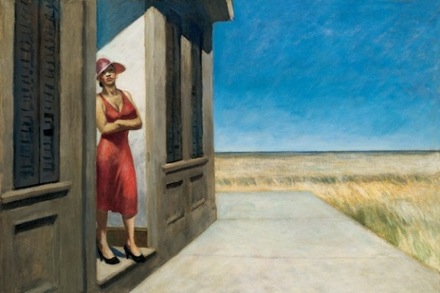 Curated by Barbara Haskell, the exhibition is one of several major Hopper retrospectives held at the Whitney since the museum received the bulk of the artist’s estate in 1968, and the first to frame his work in a social context. The Whitney Studio Club also presented the artist’s first solo show in 1920. Modern Life: Edward Hopper and His Time will remain on view at the Whitney Museum through April 10, 2011.

This entry was posted on Tuesday, November 23rd, 2010 at 9:30 am and is filed under Go See. You can follow any responses to this entry through the RSS 2.0 feed. You can leave a response, or trackback from your own site.