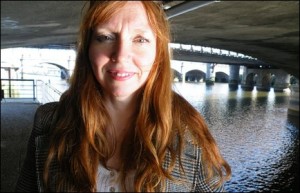 Glasgow-born artist Susan Philipsz has won the £25,000 Turner Prize last night at a ceremony at Tate Britain for her work in sound installation. The artist beat other Turner Prize nominees Dexter Dalwood, Angela de la Cruz, and The Otolith Group for the prestigious prize. Philipsz, 45, was the fourth woman ever to win prize and the first artist to win the modern art prize for sound installation. The artist said she was “very honored” as she received the award from fashion designer/arts patron Miuccia Prada. 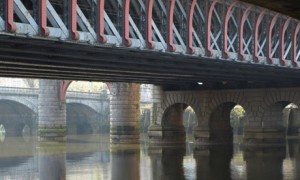 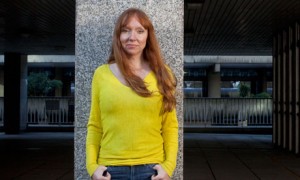 Susan Philipsz, via The Guardian

Philipsz’ work consists of recordings of her voice singing 16th century Scottish laments over public address systems and in unusual locations including a series of bridges over the Clyde in Glasgow. The artist’s room in this year’s Turner Prize exhibition consists of her recorded voice singing the 16th century traditional Scottish folk song, Lowlands Away. The work for which she won the British art prize was made for the art festival at Glasgow International this past May. During the event her voice could be heard beneath three bridges in the City Center – the Georges V Bridge, the Caledonian Railway Bridge, and Glasgow Bridge in which a recorder was installed of her singing the same song heard in the Turner exhibition in slightly different variations. The song is about a drowned lover who returns to haunt his sweetheart. 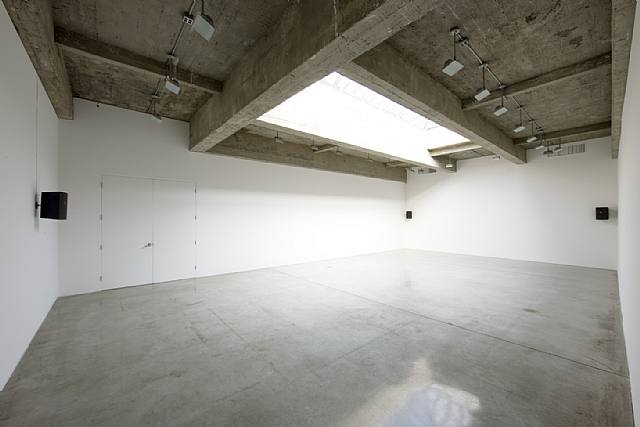 A 2008 installation of Susan Philipsz work via Artnet

The judges of the Turner Prize said of Philipsz’ work that it “provokes both intellectual and instinctive responses and reflects a series of decisions about the relationship between sound and sight” which in turn “provides powerful sculptural experiences.”

The announcement of the Turner Prize was surprisingly rendered almost inaudible last night by cries from art student protesters occupying the entrance hall of the Tate Britain.  Around 60 to 200 students from London’s art schools including Central Saint Martins and Chelsea College of Art and Design chanted against the coalition government’s cuts to the arts and humanities programs for higher education. Philipsz, herself a political activist before art school, supported the students by saying, “My heart goes out to them. I really support them” noted a recent article in The Guardian.  Her feelings were joined by other art world figures including Tate director Nicolas Serota who agreed that the students had a right to be enraged.

The Turner Prize was established in 1984 for a British artist under the age of 50 who promotes public discussion of new developments in British art.  A unique and commemorative evening, this year’s Turner Prize eventful nature proved to be a thought- provoking moment for the state of the arts in Great Britain.

This way, you can get your fix while you’re commuting, standing in line at the bank, or otherwise engaged. It’s the best of both worlds you get to preserve your work life (by not getting fired for wasting time at work) and still have a cyber social-life! site programs like limewire

It’s a revolutionary idea, and so far, more than 150,000 people have signed up for the service, says Alexander Zaidelson, co-founder and VP Business Development of Nareos. “We’ve got users in 178 countries,” he says, “all of whom can connect with each other and experience the best of the Web – video, audio, games, and social networking.”

Nareos has partnered with a number of Web services – most recently Metacafe, another Israeli startup that supplies video content, attracting over 27 million unique users each month.

“By providing instant access from the mobile phone to the millions of videos available on Metacafe, one of the world’s largest video entertainment sites, PeerBox Mobile strengthens its position as the leading content-rich mobile social network service,” said Zaidelson. “This partnership with Metacafe positions us at the forefront of the mobile user generated content revolution.”

Nareos has also worked out a number of partnership deals with cellphone service providers, most notably in the Far East. Right now, the company is actively seeking out partnerships in Europe.

“We believe we will be able to achieve a level of 150m. users on the Peerbox platform,” Zaidelson added.

But Peerbox is about the music, too. As cell phone devices become more sophisticated – including functions that until now required a host of devices to utilize – users are increasingly flocking to Peerbox because of its ability to deliver those services to what is evolving into a single “converged” device – a cellphone based device that incorporates the connectivity of the Internet (did anyone say iPhone?).

Speaking of iPhones, Zaidelson said that Nareos was examining the possibility of developing a version of its platform for the Apple device, which had taken the communications world by storm. Early next year, Apple plans to open up the iPhone platform to developers, “and we are considering entering that area as well.” go to web site programs like limewire

But with most of the world’s cellphone devices relying on Java and with every indication that the biggest names in the business, like Nokia, Samsung, and Sony-Ericsson plan to continue churning out newer, more sophisticated devices based on the Java platform, users will find Peerbox ready and waiting for them.

What is perhaps most unique about Peerbox, however, is the speed with which it can deliver rich content to users.

“We have a very strong back-end server system that allows us to stream content very quickly, ensuring maximum usability for the customer,” said Zaidelson.

Also unique is the Nareos development of separate native versions of Peerbox – as opposed to a ported version – for both Java and Symbian based phones – ensuring that the application is maximally “tweaked” to take advantage of either platform.

This entry was posted on Tuesday, December 7th, 2010 at 8:16 am and is filed under Art News. You can follow any responses to this entry through the RSS 2.0 feed. You can leave a response, or trackback from your own site.