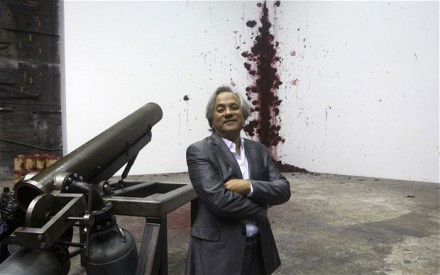 Anish Kapoor, Shooting Into the Corner, via The Telegraph

Last week brought the grand opening of Anish Kapoor‘s latest exhibition, his first ever in his native India. Kapoor claims to embrace his Indian heritage but believes that an artist’s identity should be based on their creativity, not nationality. He has in fact been looking for a suitable exhibition space in India for nearly a decade, finally deciding on the National Gallery of Modern Art and the Mehboob Film Studios. 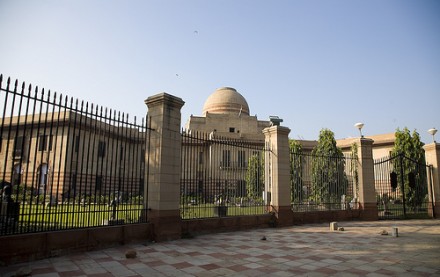 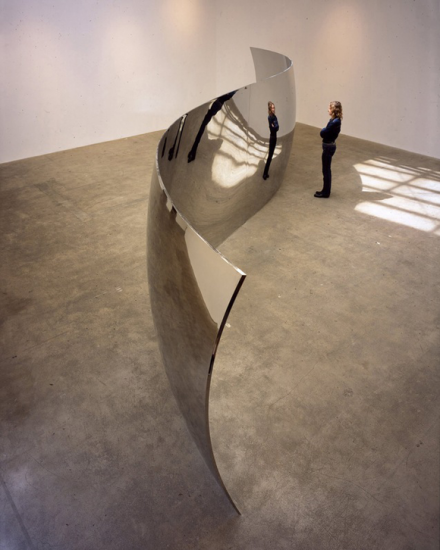 The large scale event showcases 20 of Kapoor’s works, spanning much of his career, and took the cooperation of the Indian Ministry of Culture, the British Council, the Lisson Gallery, and India’s National Gallery of Modern Art, as well as Louis Vuitton and the Tata Group.

The exhibition was inaugurated by Congress Party chief Sonia Gandhi at the NGMA in New Delhi on November 28th. Kapoor’s S-Curve and other colossal sculptures made it necessary to enlarge the entrance of the new wing in order to fit inside, according to Wallpaper. 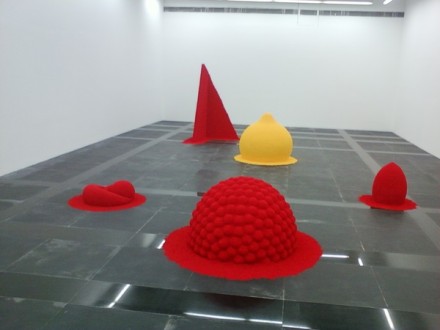 To Reflect an Intimate Part of the Red, 1981, via TwitPic

In contrast, the artist’s early pigment-based works offered smaller, bright mounds of color. Something of a retrospective, the NGMA held 12 large works and four small works. 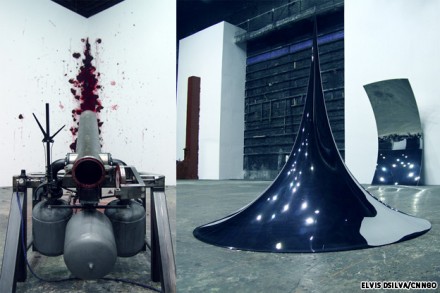 Two days later in Mumbai, Kapoor hosted a second Grand Opening in the Mehboob Film Studios, complete with his popular wax-and-cannon piece, Shooting Into the Corner. Freestanding white walls framed the space with the dark brick of the spacious studio in the background. Even, bright lighting shown off six large geometric, spatially-distorting mirror sculptures. Against another white wall stood the large red wax work Stack. Kapoor commented on the juxtaposition of cool euclidean metals against the emotion of fleshy red wax, figuring it was “the right thing to do.” 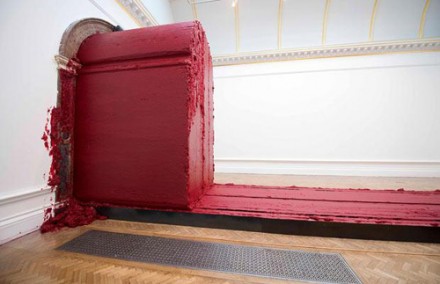 Shooting into the Corner debuted in 2009 at the record-breaking exhibition at the Royal Academy of Art in London, along with the “self-generating,” wax-carving Svayambh. Doubles of some of the mirror pieces from the Indian exhibition are currently at the Serpentine Gallery in the Kensington Gardens, outside London. 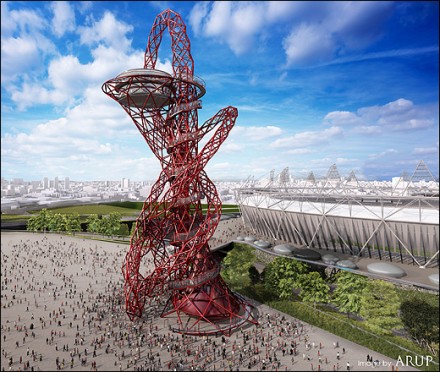 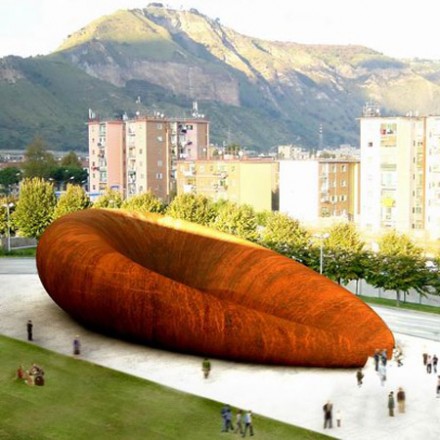 In 2012 Kapoor will complete a twisting, leaning tower for the London Olympics with engineer Cecil Balmond. He is also designing a pair of subway stations in Naples, Italy with Amanda Levete Architects.

This entry was posted on Saturday, December 11th, 2010 at 3:26 pm and is filed under Art News. You can follow any responses to this entry through the RSS 2.0 feed. You can leave a response, or trackback from your own site.