The Philosophy of Andy Warhol (From A to B and Back Again)
(Andy Warhol, 1977)
Read More and Buy↠
Home » AO On Site Auction Results: Urban Art Auction at Bonhams in London January 11th Realizes £455,000 for 51 Lots Sold Including Banksy & Shepard Fairey 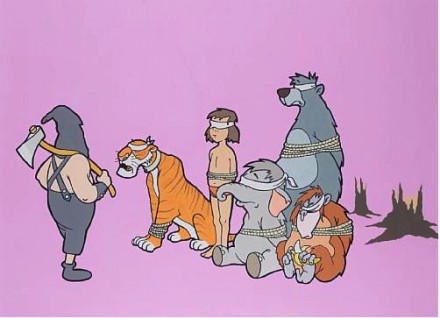 Tuesday night’s auction of Urban Art at Bonhams in London – the fourth auction of its kind the house has mounted – realized just over £455,000 for 51 of 67 lots sold. Attesting to interest in the artist following the release of his film Exit Through the Gift Shop, ten Banksy lots offered at the sale accounted for approximately half of the evening’s earnings. The top lot was Banksy’s Save or Delete Jungle Book, which sold for £78,000 against presale estimates of £60,000-80,000. The image was created for a poster campaign about deforestation but was never circulated due to copyright issues with Disney. 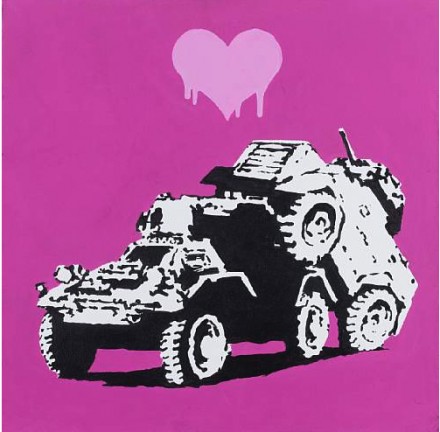 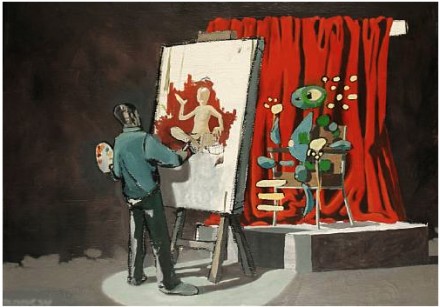 Two other top earning lots were also Banksy’s. Everytime I Make Love to You I Think of Someone Else sold for £42,000 against presale estimates of £30,000-40,000, while Portrait of the Artist sold for £60,000, within its presale estimate. 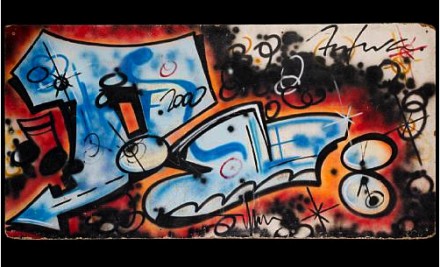 A 1983 work by Futura 2000 sold well above its presale estimate of £15,000-20,000. Futura was commissioned by iconic punk band The Clash to create set banners for their Combat Rock tour while they performed onstage. The piece offered at Bonhams, a large tag of the artist’s name, is believed to be the only surviving work from this commission. 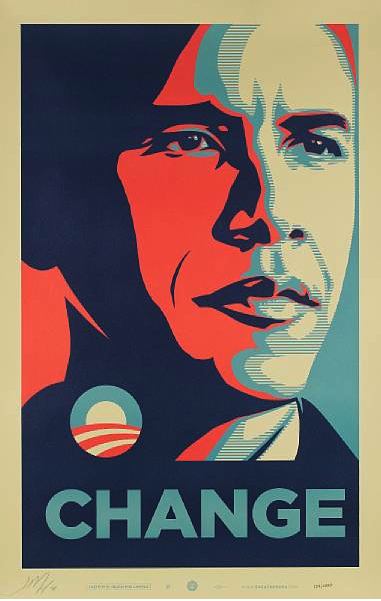 The two Shepard Fairey works offered both far exceeded expectations. Fairey became a household name after he created a portrait that became a symbol of support for Barack Obama amongst his grassroots followers during the 2008 presidential campaign. It was widely disseminated and also resulted in a lawsuit with the Associated Press, which was at least partially resolved on Wednesday. Fairey created an edition of 200 screenprints of this portrait and gave them to members of Obama’s campaign team. On Tuesday night one of these sold for £4,560 against a high estimate of  £1,000. Another work by Fairey—and the catalog’s cover image—Peace Goddess on Wood, sold for more than twice its high presale estimate when it was bought for £27,600 (with fees). 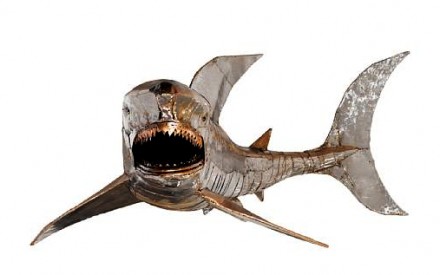 Tony D’Amico’s massive steel, copper, and glass shark carried one of the highest presale estimates and did not find a buyer. Measuring over 10 feet long, the sculpture was one of four three-dimensional works included in the sale and was estimated to bring between £8,000-12,000. 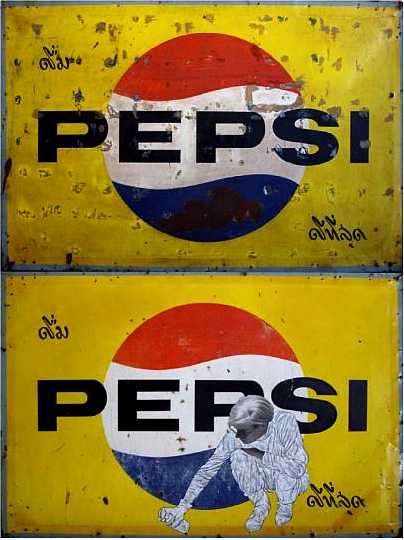 The vast majority of artists represented at the sale were from England, the United States, or France. A collaged and painted image of Andy Warhol over a metal Pepsi sign by Pakpoom Silaphan, the only artist from Asia, sold for £11,400 against a low presale estimate of £8,000. Just two lots later Warhol reappeared with the sale of Banksy’s 2005 screenprint, Soup Can, Lilac/Cherry/Mint. Banksy’s take on the Pop master’s Campbell’s cans sold within presale estimates for £4,800. 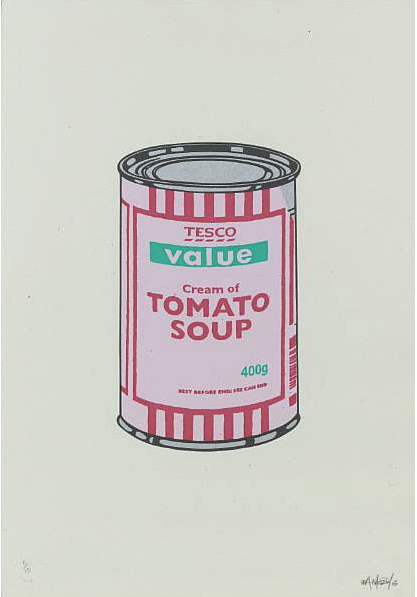 Though the auction houses have not released their catalogs for the Contemporary art auctions in London this February, expect to see some of the big names in Urban art at the day sales.

This entry was posted on Thursday, January 13th, 2011 at 5:00 pm and is filed under AO On Site, Art News, Auction Results. You can follow any responses to this entry through the RSS 2.0 feed. You can leave a response, or trackback from your own site.