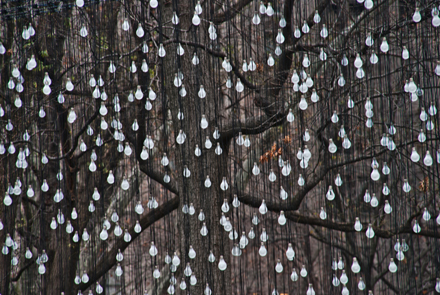 New media artist Jim Campbell brings his signature light sculptures to Madison Square Park, illuminating the lawns with works that draw inspiration from life in New York City. The largest of his three works on view is Scattered Light, incorporating 1,600 light bulbs implanted with LEDs and suspended in a huge three-dimensional grid, spanning 50’ in length and 16’ in width and height. The M.I.T. graduate has twenty years’ experience as an electrical engineer in Silicon Valley and created custom circuitry which pixilated video of Grand Central Station pedestrians, projecting them onto his LED grid. The result is shadowy, life-size figures moving through three dimensional space, visible from far away, yet progressively more abstract as one moves closer to the work. Scattered Light is Campbell’s largest and arguably most ambitious work to date. 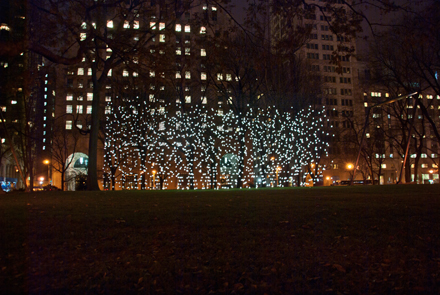 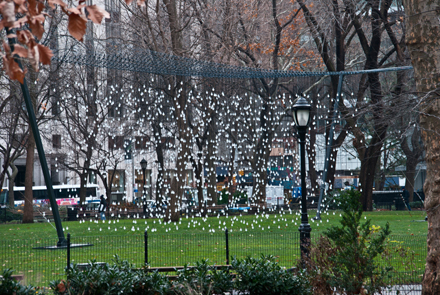 Campbell’s other works on display also draw from the New York experience. Broken Window (2010) is a series of color LED cubes which flash images of foot traffic at the Broadway and 23rd Street intersection, which is located across the street from Madison Square Park. Although referential in nature, Campbell turns the banality of urban traffic and congestion into an aesthetic contemplation of the city. Like in Scattered Light, an uninspiring and often stressful scene from daily life becomes the source material for a work which is quiet, meditative, and even spiritual.

The third work displayed is Voices in the Subway Station (2010) which consists of white LED tablets installed in a linear progression across the lawn. Lights travel intermittently across the tablets, mimicking the appearance of subway cars moving through a darkened tunnel. Campbell loops sounds recorded in subway stations to heighten the mimetic effect. 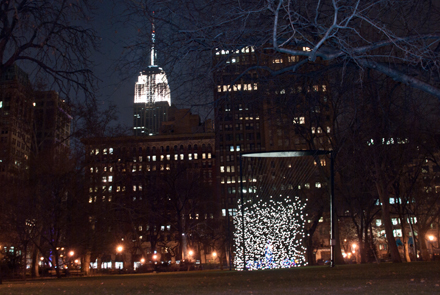 What unites the three works is the poetic interpretation of the New York experience. Campbell transforms the familiar elements of everyday life into an exhilarating, though understated, presentation. In Campbell’s trio of works, the distinction between image and object are blurred, and the experience of motion takes precedence. It is the visceral and poetic nature of Campbell’s works which are the most potent references to life in New York. 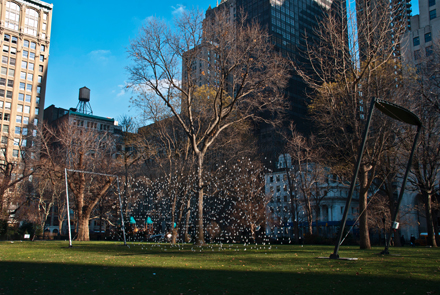 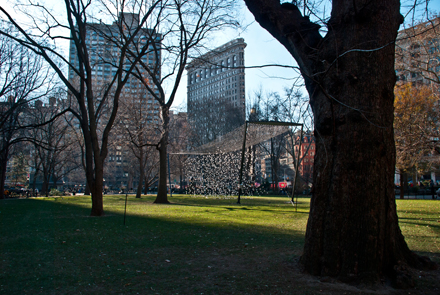 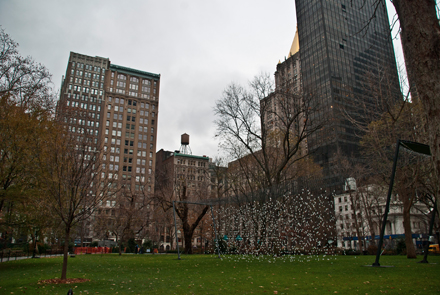 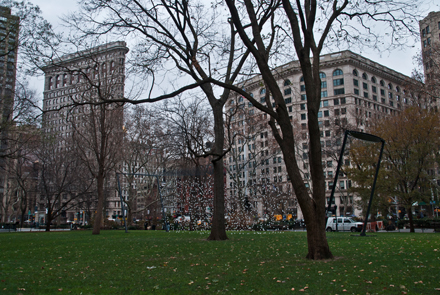 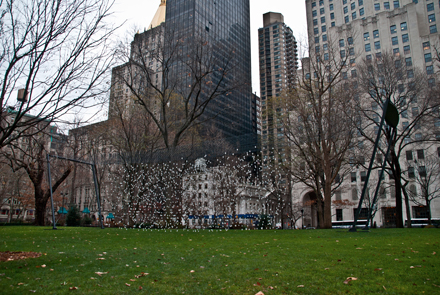 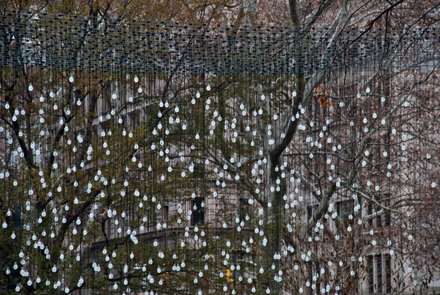 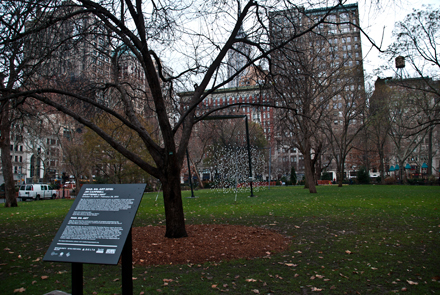 This entry was posted on Saturday, January 22nd, 2011 at 5:12 pm and is filed under AO On Site. You can follow any responses to this entry through the RSS 2.0 feed. You can leave a response, or trackback from your own site.