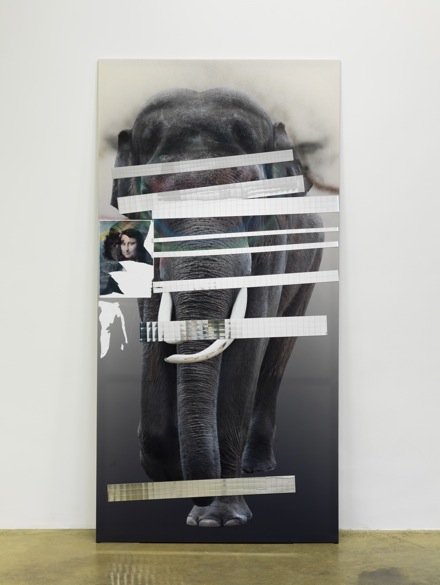 In her Mona Isa exhibit at the Chantal Crousel, Isa Genzken draws on iconic historical images and common modern objects to create a collection of works that bring a new relevance to both the monumental and the everyday. Taking from the concept of objective abstraction, even in her sculptures, Genzken’s work brings the surface meaning of an image or object into question. 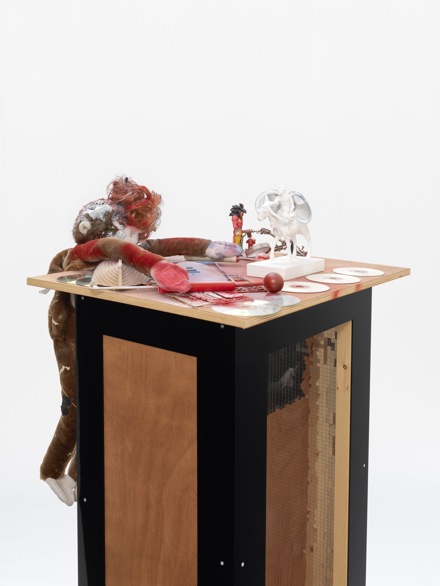 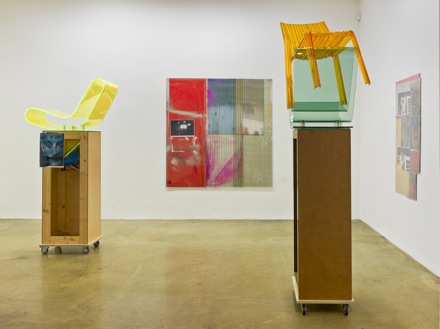 The pedestal base is a recurring structure in Genzken’s work. Plinths function as blank architectural spaces waiting to be filled, and Genzken approaches them with a range of objects in hand. Ambulance (2010) is topped with children’s toys and figurines: a monkey given a partial wig and painted to suggest blood; a white mini-statue of a faun with a compact mirror unfolded across its back like wings, sitting atop a goat. Beneath them are scattered CDs, reflective sides facing upward. The altered childhood objects give the sculpture a personal feeling, and the reflective CDs and compact case make the viewers aware of their own presence as audience, forcing a feeling of intrusion on such a private altar. 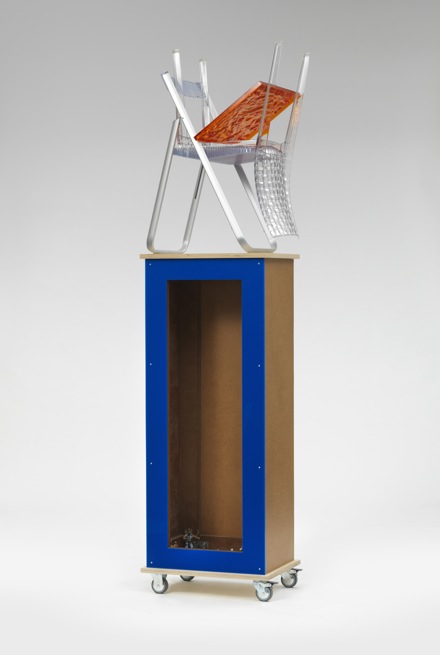 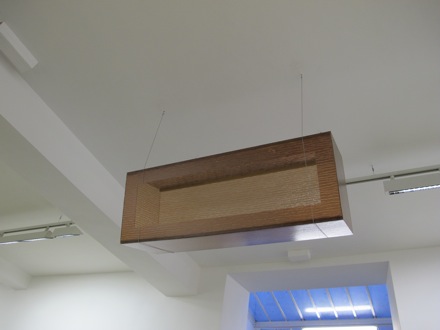 Many of the other pedestal sculptures contain chairs atop the columns. The plain plastic furniture lend the works an air of domesticity, and suggests the presence of people seated atop the plinths. Because the pedestals imply an act of reverence, the chairs, or their absent inhabitants, take on a high esteem and an almost religious respect. Genzken subverts expectations by raising these ordinary and personal objects onto her pedestals, rather than more typical grand and universal figures. Similarly, the two Lautsprecher sculptures (2010) give the image of being speakers mounted on the ceiling, but are actually incapable of playing any music. 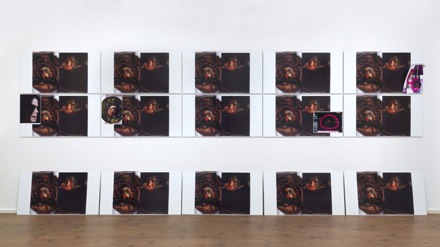 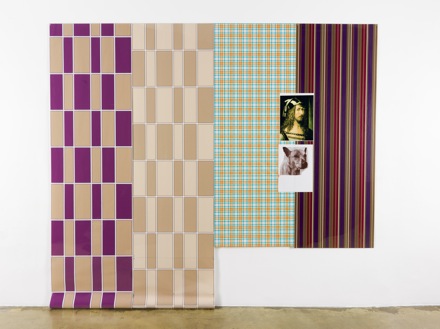 In the ten Mona Isa collages (2010), Genzken binds together images from the European Renaissance with modern images. In Mona Isa IX (Caravaggio and Isa), fifteen prints of Caravaggio’s Medusa hang beside fifteen prints of a portrait of Genzken. Interspersed between these are other contemporary images, like a photograph of Michael Jackson. Mona Isa II (Dürer und sein Hund) consists of Albrecht Dürer’s 1498 self portrait and a photograph of a dog, on patterned backgrounds. The image of Mona Lisa appears often in the collages, usually with a superimposed photograph of Genzken. The juxtaposition of historical art images with current figures forces the represented artists—da Vinci, Dürer, and Caravaggio—into our era. 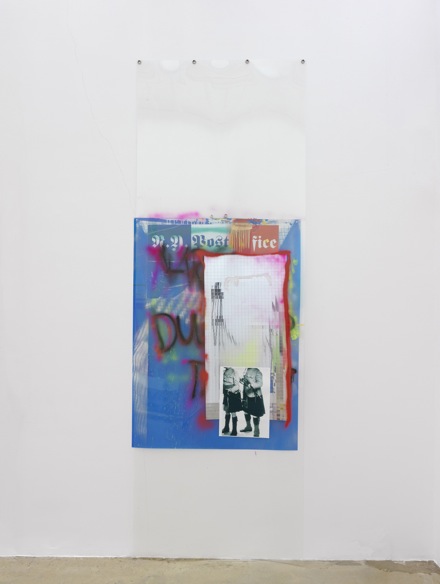 The Fassade series (2010), a group of four painted collages, imitate building facades covered in graffiti and photographs. The paintings show how the exterior of a building reflects changes of the community it is in while obscuring what goes on inside. Fassade III (Laurel and Hardy) displays an image of the comedians Laurel and Hardy in the movie “Pick a Star.”

In related news, Isa Genzken’s sculpture, Rose II (pictured below), recently replaced Ugo Rondinone’s Hell, Yes! on the facade of the New Museum on the Bowery in NYC. 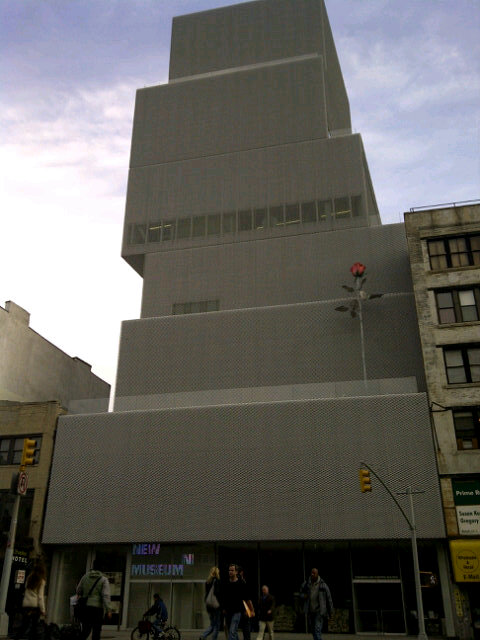 This entry was posted on Thursday, January 6th, 2011 at 12:31 pm and is filed under Go See. You can follow any responses to this entry through the RSS 2.0 feed. You can leave a response, or trackback from your own site.