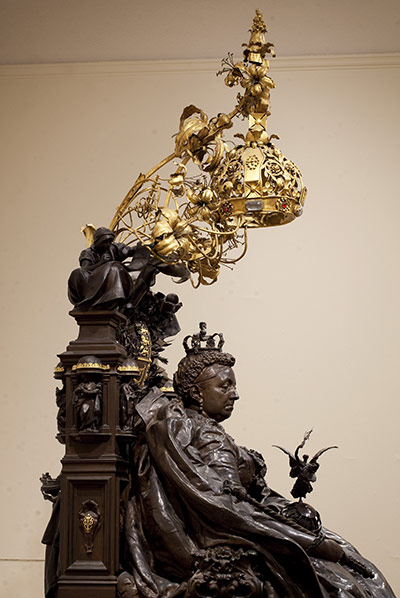 Alfred Gilbert, Jubilee Memorial to Queen Victoria (1887). Via The Guardian

It is understandable that critics are particularly divided in their reviews of Modern British Sculpture, at the Royal Academy of Arts through April 7. It attempts to question “What is British, what is modern and what is sculpture” ranging as far and wide as the African and Asian colonial influences of 20th century British sculptors, to the transitions between figurative and abstraction, to the work of Sarah Lucas and Damien Hirst. The show runs the gamut of well-known names but has fun throwing in the odd obscurity, like Alfred Gilbert’s Jubilee Memorial to Queen Victoria, a baroque piece by a classic British artist that is decidedly out of context in this exhibition. More familiar are Anthony Caro, Henry Moore and Barbara Hepworth, who are newly contextualized in this first exhibition in 30 years to focus on 20th century British sculpture—its origins, evolution, and impact. 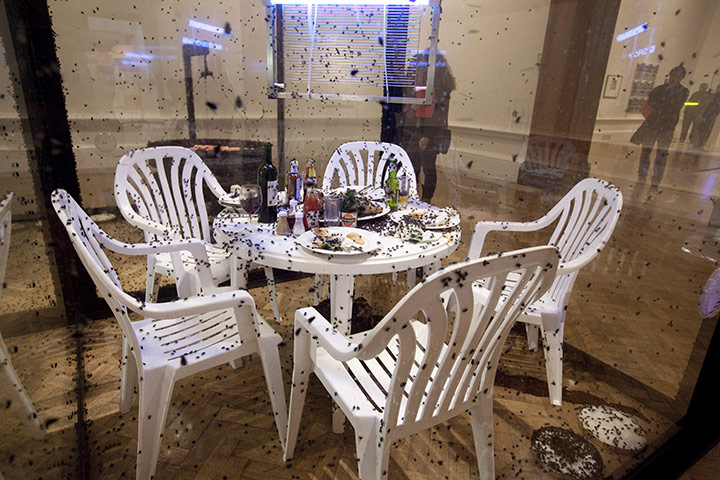 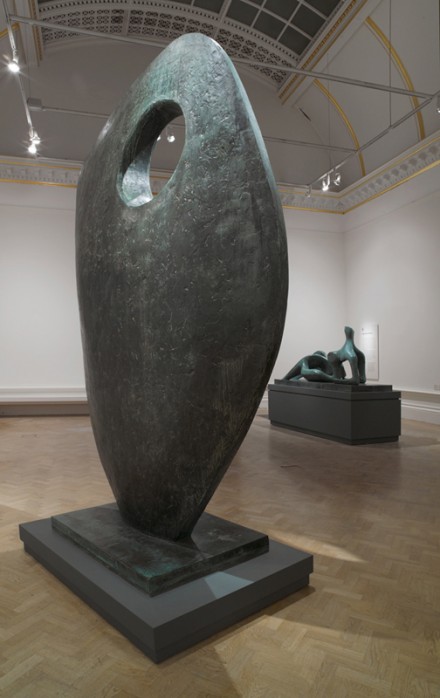 The Guardian has referred to this exhibition as the RCA’s new sculptural “blockbuster.” As opposed to a chronological organization, Modern British Sculpture is designed to re-evaluate well-known artists and their key works, with the persistent influence of the empire as a prominent theme. The questions posed by the show’s curators have more to do with what a century of British Sculpture has in common thematically and what have been the prevailing concerns of UK artists, as opposed to a more traditional consideration of chronology. 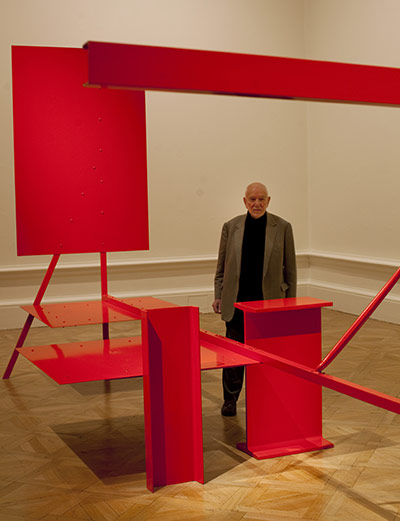 Anthony Caro with his work Early One Morning (1962). Via The Guardian 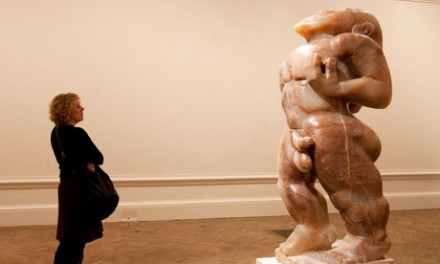 The show is grandiose and expansive, affecting an air of drama and narrative to lead viewers through. Spotlights are used, and certain sculptures (like Caro’s Early One Morning) have galleries completely to themselves. The exhibition earns the title of “blockbuster” in scope and quantity of material as well as sense of pacing and emphasis. Modern British Sculpture in fact, does not open with objects, instead its first room home to a model of Edwin Lutyens’s Cenotaph and photographs of Jacob Epstein‘s now demolished facade for the British Medical Association, a realist line of nudes that became instantly controversial. Epstein’s work sets the tone for the exhibition; a prominent modernist British sculpture, the facade represented his first large scale attempt to incorporate classical Indian influences into his work, as opposed to European. This mentality, the quintessentially British experimentation with the iconography of its colonies, is the central consideration of the exhibition—even above status as a 3rd object. 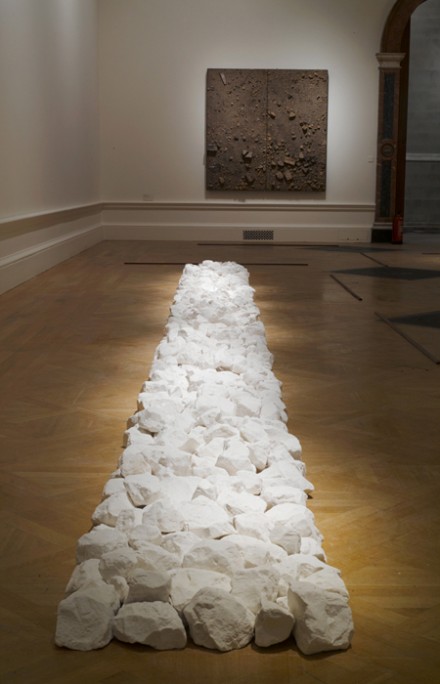 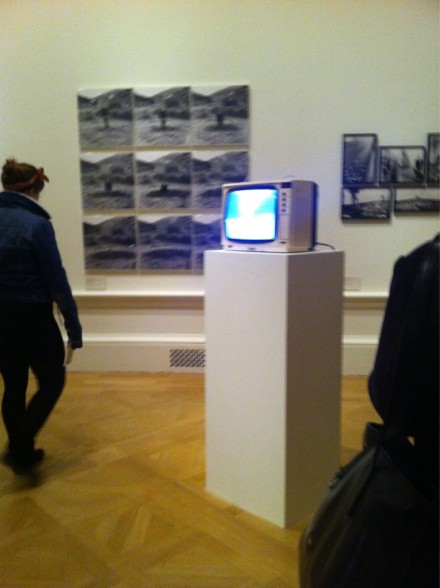 This entry was posted on Monday, January 31st, 2011 at 2:39 pm and is filed under Go See. You can follow any responses to this entry through the RSS 2.0 feed. You can leave a response, or trackback from your own site.

One Response to “Go See – London: ‘Modern British Sculpture’ at the Royal Academy of Arts Through April 7th, 2011”