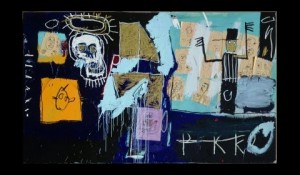 Currently on view at the Musee d’Art Modern in Paris is a retrospective of the work American artist Jean-Michel Basquiat.  Featuring a hundred major pieces including paintings, drawings and objects from numerous collections and museums in the United States and Europe, the show marks the fiftieth anniversary of Basquiat’s death and is the first exhibition of such a scale of the artist’s work ever to be held in France. The exhibition offers the viewer a chronological view of the artist’s career and his influence on post-1980s art history. 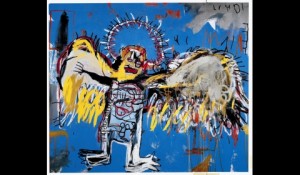 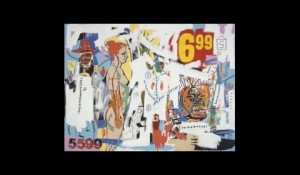 Of Haitian and Puerto-Rican descent, Basquiat was born in New York in 1960 and died of a drug overdose at the young age of 27. He is renowned for his graffiti art and for his New York social life with friends such as Andy Warhol and Madonna. Basquiat began signing his work “SAMO” for “Same Old Shit” in 1977 along with the copyright symbol ©. He proceed to move from street art to painting embellishing his work with a mix of symbols from biblical art, voodoo, comic strips, advertising and media, African American music, and boxing heroes. His work gave breadth to a vibrant and also violent underground visual culture. 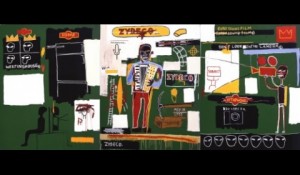 In 1982 he was invited to Documenta 7 in Kassel, Germany and in subsequent years he went on to become the youngest African American artist ever to show at the Whitney Biennale in New York. A special collaboration took place with renowned Pop artist Andy Warhol which continued until Basquiat’s death in 1987. 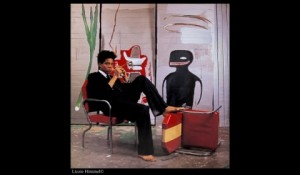 Basquiat’s vibrant and expressionist techniques brought upon a renewed interest in gestural and spontaneous painting during a time where Conceptualism and Minimalism were the dominant avant-garde trends. He soon took the limelight for the “Neo-Expressionist” wave which last until the early 1980s. Remnants of his influence can be found in the post-war European painting of Jean Dubuffet, the Cobra movement, as well as great American artists Robert Rauschenberg and Cy Twombly. 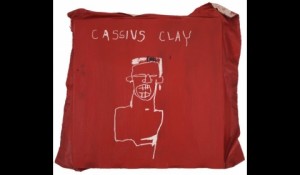 A rare retrospective which offers a full picture of Basquiat’s artistic life, the works speak for themselves outlining not only his creative development but the ultimate influence of his social and personal relationships: The world around him. 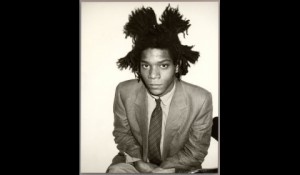 This entry was posted on Thursday, January 20th, 2011 at 11:43 am and is filed under Go See. You can follow any responses to this entry through the RSS 2.0 feed. You can leave a response, or trackback from your own site.