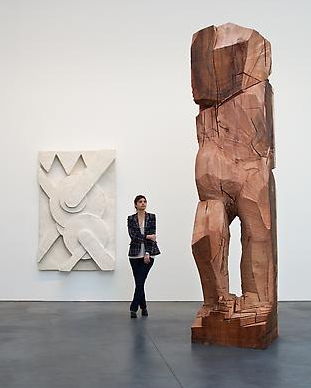 Thomas Houseago, All Together Now, Installation view. All photos via L&M Gallery

A native of northern England, Thomas Houseago brings his hulking, brutish sculptures to the L&M Gallery in Los Angeles through March 5. The 18 sculptures vary in both style and material, composed of wood, aluminum, plaster, bronze, rebar, hemp, and more, drawing on influences from tribal art to Picasso to Rodin. These new works are some of the artist’s largest, lending an architectural air to the exhibition, positioning pieces both inside and outside the gallery. 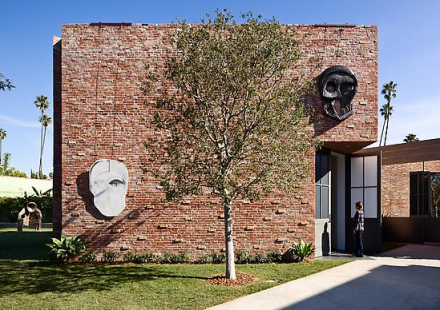 Installation view, outside the gallery 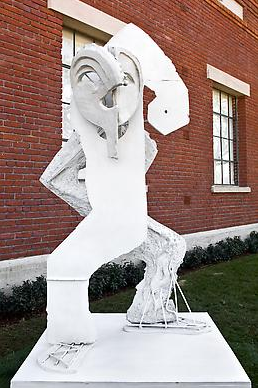 Houseago does not shy from showing the marks of fabrication, creating a raw, powerful, almost performative aspect of the work. Awkwardly melding large, rough limbs with flat drawings or scraggling rebar, the artist plays with the tensions between two- and three-dimensional representations. Houseago’s large Baby, perhaps his most well-known sculpture as of late, was included in the 2010 Whitney Biennale, a nearly three-meter high sculpture constructed in his 20,000-square foot studio just outside of downtown L.A. 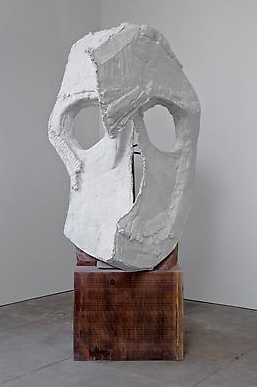 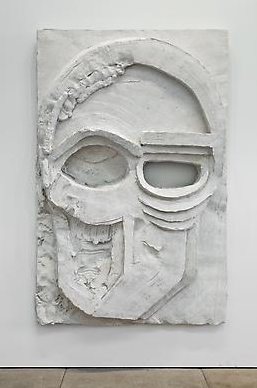 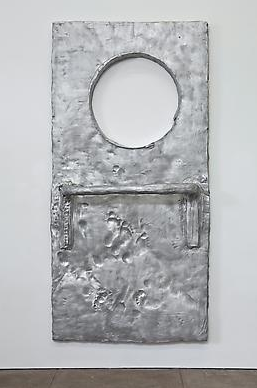 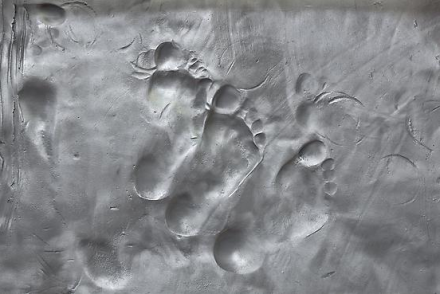 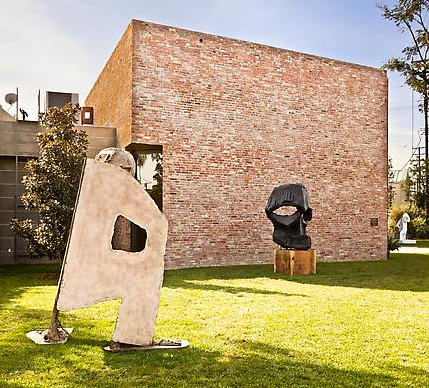 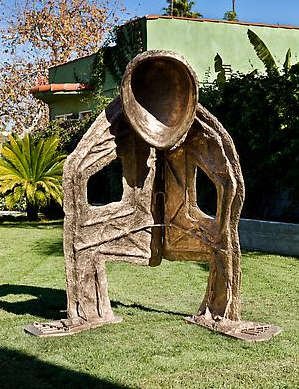 This entry was posted on Tuesday, February 15th, 2011 at 1:38 am and is filed under Go See. You can follow any responses to this entry through the RSS 2.0 feed. You can leave a response, or trackback from your own site.