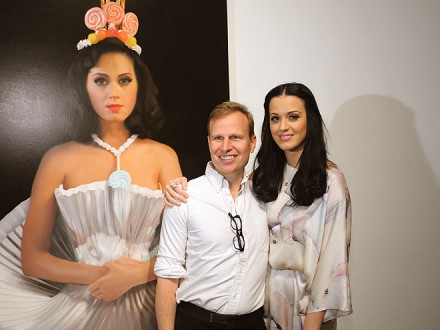 Will Cotton and Katy Perry at the exhibition opening, via People

Will Cotton‘s new paintings at Michael Kohn Gallery depict beautiful women caught inside dreamlike, manufactured fantasies.  In a show that tethers Cotton’s natural mastery of painting to the undeniable pull of popular culture and mass consumption, Cotton seems to be struggling to walk the line between the empowerment and overpowering his subject matter.  Contextualizing the female icon within a candy-coated dream world, Cotton is no newcomer to traditional subject matter, and his large-scale paintings straddle exaltation and exploitation. 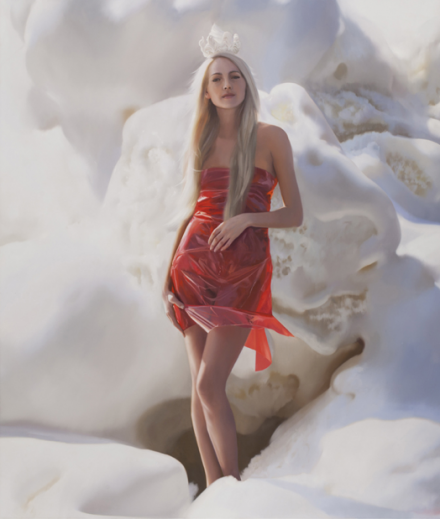 Ice Cream Venus demonstrates Cotton’s exploration of both the figure and the landscape.  The figure in the piece holds a vulnerable, modest stance while seemingly trapped within an ice cream prison. Cotton’s female subject is almost always ensconced in a world that makes her seem just as available and consumable as what surrounds her, amongst costumes, props, and at times, the deliciously tactile spaces around her.  She is trapped in both the portrait and within her sweet, un-subtle costuming—a feeling evidenced by the often forlorn, slightly off facial expressions worn within Cotton’s pieces.  This comment on the availability- or, enslavement—of women within their sexual roles and the gratification of consumer culture runs the gamut from being gently stated to tossed within the gallery’s space. 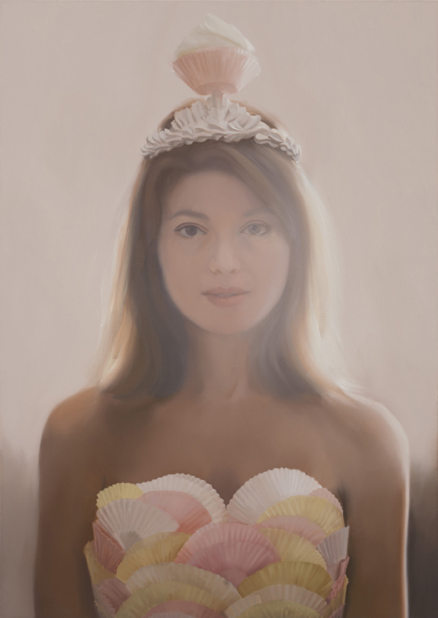 The pieces garnering the most media attention are those of Katy Perry, her own celebrity identity a subject matter that seems to fit right in amongst the lollypops and makeshift lingerie—not to mention that Cotton painted her latest album cover.  Still, her face matches the rest of the womens’ countenances within the show: a bit off, yet stoic in her role as subject.  This comment on the ascription of women as something to be tasted, observed and enjoyed extends beyond womanhood, moving into conversation of the woman, the celebrity, the “icon.” Young Perry, despite being a powerful contemporary musical force (and one that embodies pop and consumer culture with her own music, beauty products and more) is a woman like the rest, and cannot escape her context—however fascinating and well-executed—as woman within the role of art and culture. 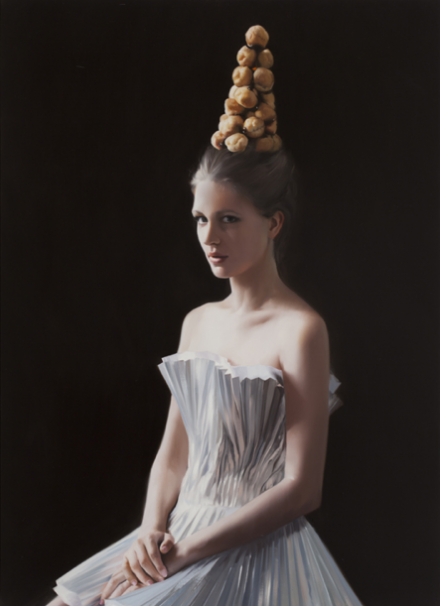 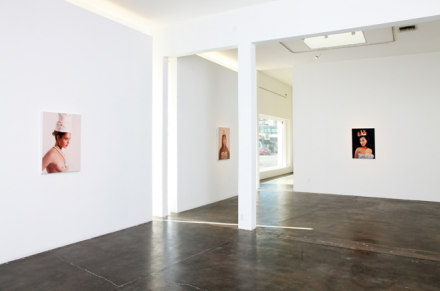 This entry was posted on Thursday, February 10th, 2011 at 12:01 am and is filed under Go See. You can follow any responses to this entry through the RSS 2.0 feed. You can leave a response, or trackback from your own site.