The Armory Show opened Wednesday for professional previews and began with an 11:30 AM press conference detailing the cultural and economic importance of the event.  “This is going to be a spectacular week of art. Our conservative estimates predict that the events this week will draw more than 60,000 attendees and generate more than 40 million dollars in economic activity,” stated Mayor Mike Bloomberg during the opening ceremony.  Later in the evening, swarms of art-enthusiasts flocked to the Armory in order to witness the newest works of established artists from across the globe. Pier 94 was host to a vibrant crowd last night, with various art-world celebrities strolling down the aisles filled with artwork.

Mayor Mike Bloomberg kicked off the 2011 Armory Show Week yesterday morning, with announcements by Paul Morris, Vice President of MMPI Art Shows and Armory’s Executive Director, Katelijne De Backer. Bloomberg was enthusiastic about the show, explaining “This is a very important thing for new york city. This is what makes this city special.”

“This week our city will be bursting with even more creative energy than usual, as we welcome back two annual pillars of our art community: The Armory Show and the Art Show. The Armory Show is in its 13th year with over 300 galleries represented by over thirty countries. the armory show is also welcoming back two popular features, Open Forum, a conversation series featuring a series of discussions, and Focus Latin America”, Mayor Bloomberg stated. A handful of selected speakers, including MoMA director Glenn Lowry, also made special announcements during the opening ceremony. “More than 40% of our national visitors and over 80% of our international visitors engage in cultural activity,” CEO of NYC & Co. George Fratt reported proudly earlier that morning. Many of the speakers highlighted the importance of New York as a global center culture, with the Armory show and surrounding fairs playing a key role in generating economic activity, providing jobs for artists and generally improving the community. Each speaker made sure to point out the various other fairs taking place alongside the Armory, such as Scope, Pulse and VOLTA NY. “There is no unique experience than being able to view, experience, and buy the worlds most unique art,” Fratt stated.

In an interview with Blackbook Magazine, Alexandre Roesler, the Director of Nara Roesler gallery, (one of the Latin American Focus galleries) explained “I wouldn’t say there is a very big distinction between Latin American artists and other artists. Antonio Manuel and Antonio Diaz, they’re very important Brazilian artists but have also these political works. This characterizes a lot of Latin American art, this political way. This was during the dictatorial period in Brazil and he was doing those performances naked in a museum. That was like breaking lots of rules. At the time this was not allowed.”

A view of the installation at Baro Gallery (Sao Paolo), part of Armory Focus: Latin America.

AO staff and photographers were on site to photo-document the evening as it played out:

New York’s ﻿Lehmann Maupin Gallery exhibited a spectacular show of postcard art by pop artists Gilbert & George. 52 postcard pictures were specifically designed for the show, to be displayed in a “Urethra-inspired pattern”. 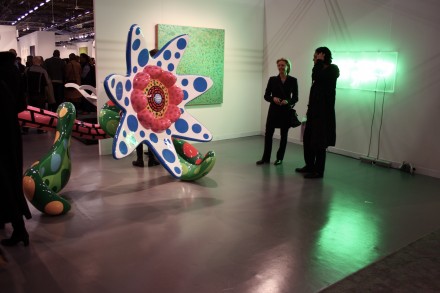 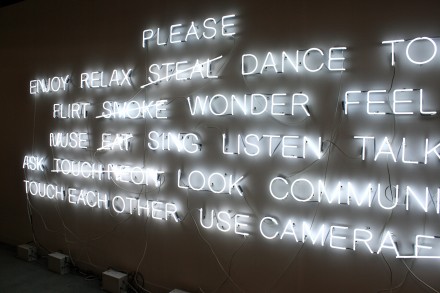 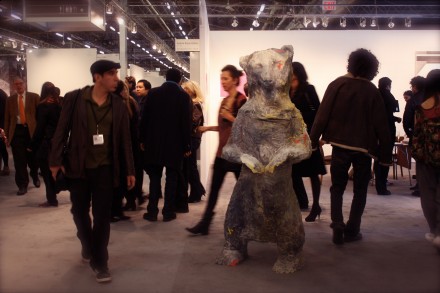 A Marina Abramovic 1977 film shot in collaboration with performance artist Ulay was on display at Sean Kelly Gallery, converted from 16mm film to dvd format. 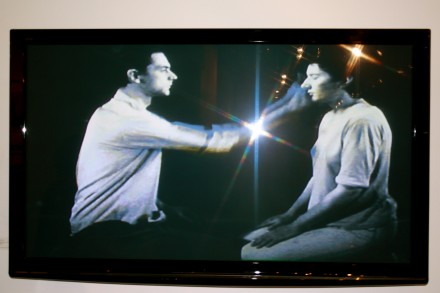 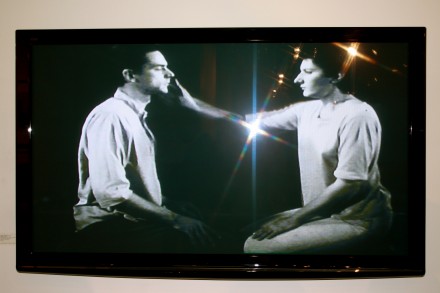 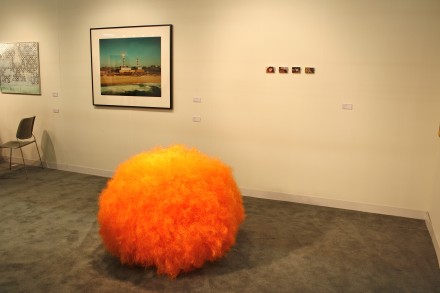 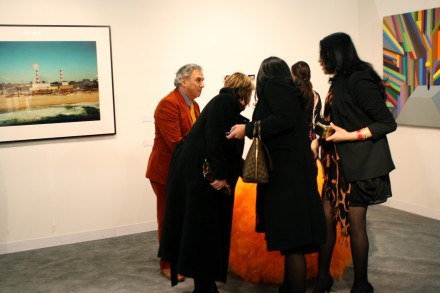 A crowd favorite, “Human Body #6″ was on display at Beijing gallery Galerie Ursmeile. The piece is constructed of  25 tinted glass panels, each 6 mm thick which visually combine into one 3-dimensional goya-esque figure. 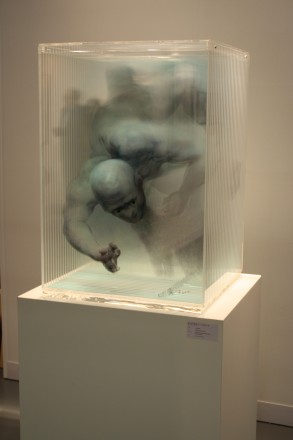 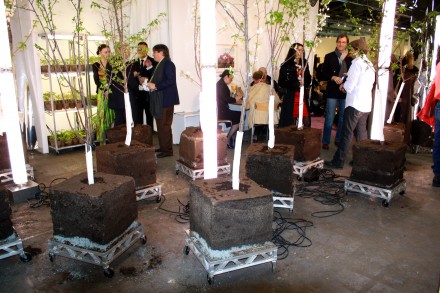 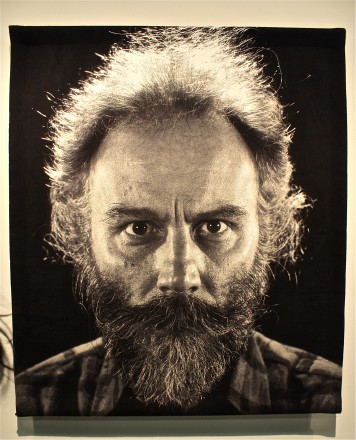 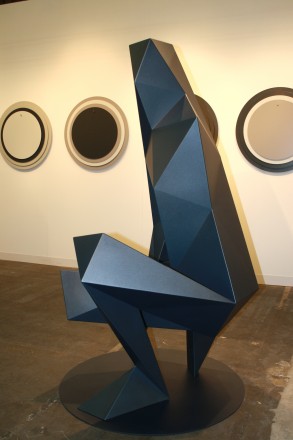 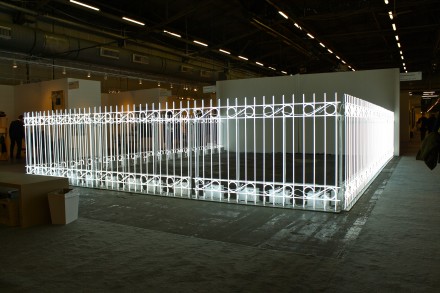 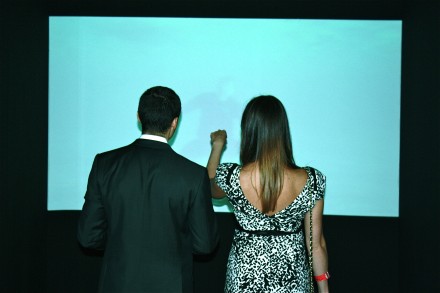 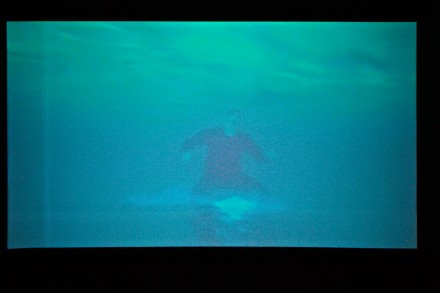 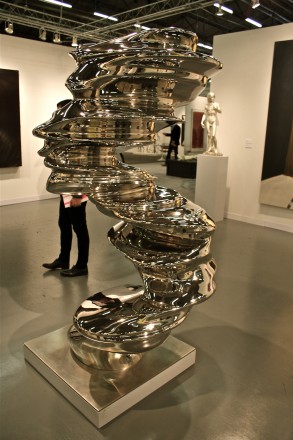 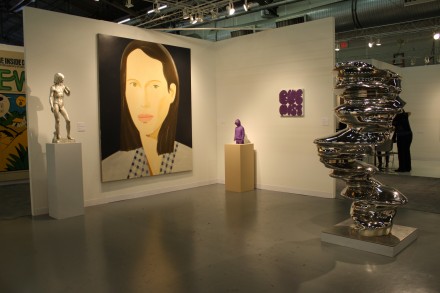 An Alex Katz, a Marc Quinn and a Tony Cragg at Galerie Thaddaeus Ropac. 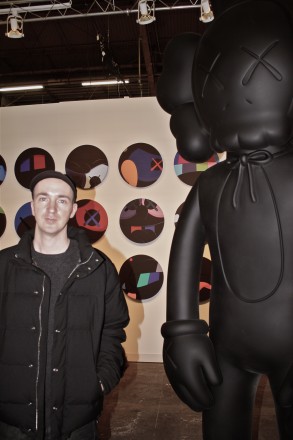 Artist KAWS pictured next to work at Honor Fraser Gallery. 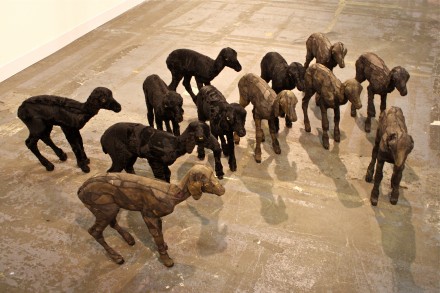 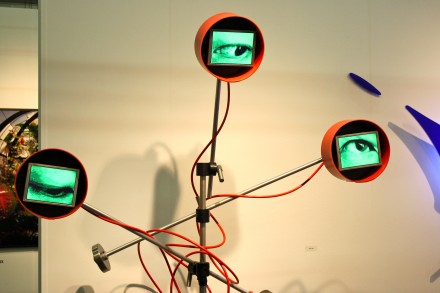 CANADA Gallery covered it’s floors in vintage Moroccan rugs, property of the one of the exhibited artists, Katherine Bernhardt, who uses them as sources for inspiration. 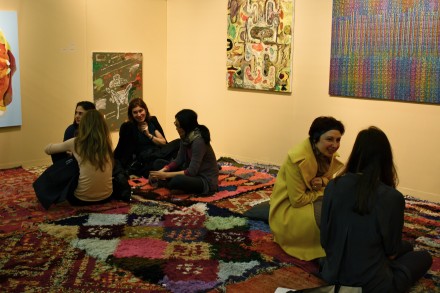 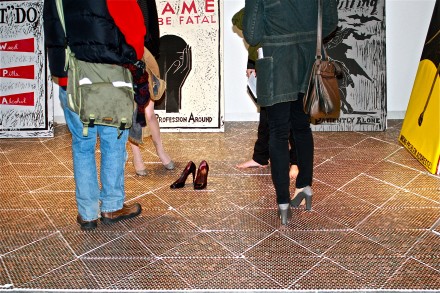 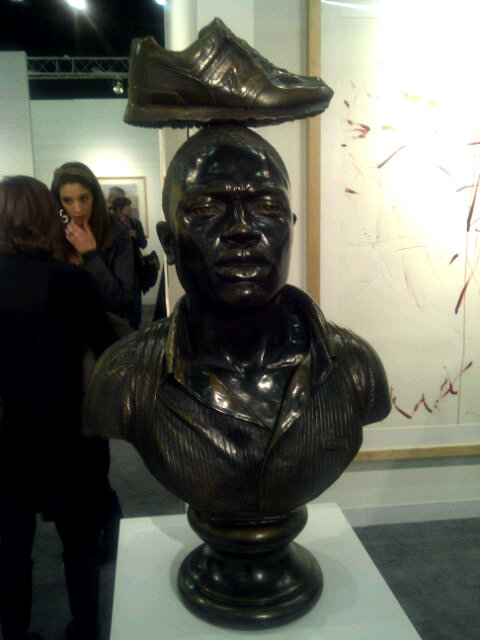 View of installation at The Breeder

Works by Kalup Linzy (The Breeder). 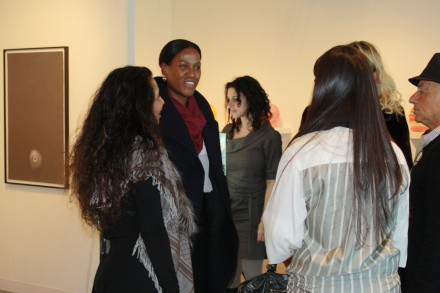 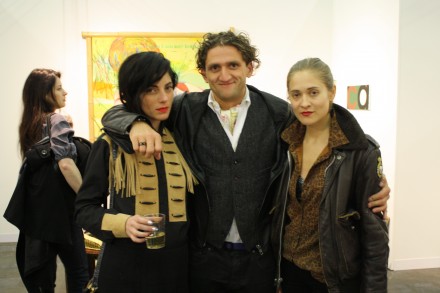 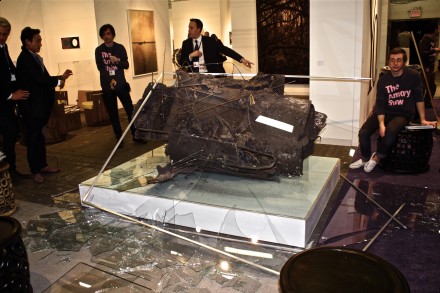 Outside of view of Pier 94, Location of Armory Contemporary Show.

This entry was posted on Thursday, March 3rd, 2011 at 5:07 pm and is filed under Art News. You can follow any responses to this entry through the RSS 2.0 feed. You can leave a response, or trackback from your own site.