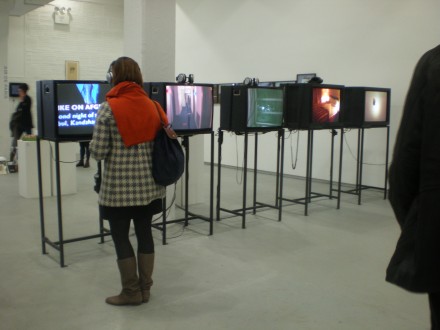 Independent was developed last year by Elizabeth Dee, founder of X Initiative, and Darren Flood of Hotel, London.  Matthew Higgs of White Columns, NYC was also involved as the creative advisor. However, what makes Independent unique is that the gallery-run art fair and functions more as a collaborative exhibition forum between galleries and curators, rather than a centrally organized event.

Unlike the gridded off and very segmented method of presentation employed by the larger fairs, the galleries involved in Independent worked together to curate and organize the fair as if it were a collective exhibition. The viewer was able to explore the vast and diverse landscape of contemporary art and view work that would not normally be included in exhibitions dominated by commercial endeavors. 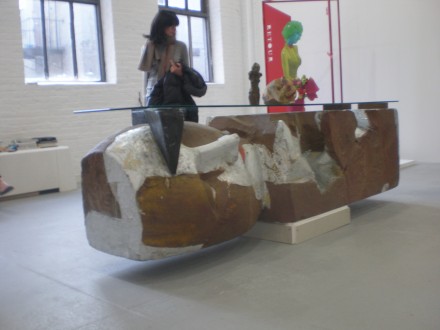 “We’re really excited to be here, ” Courtney Truet, a representative of Anton Kern told AO. “It’s a great opportunity to show pieces that are more difficult or more aggressive. We enjoyed being able to focus more on the curatorial aspect of designing the booth as opposed to just on the commercial aspects.”

“Some pieces are new. For example, Anne Collier wanted to show a brand new series that she had completed just before the fair. But the Matthew Monahan is an earlier work from 2007. We had a recent show of his work at the gallery and that did extremely well, but this work is to show where the artist came from. The materiality of his work has changed very drastically and his works have a very different feeling to them.  But this fair is a good opportunity to bring out a work that needs some room to breath.”

“It’s a great group of galleries,” She continued, “The program was handled really beautifully. We really responded to the openness of the space and the layout of the building.”

Other prominent works in the show included a room-size cube that, reminiscent of a drawing or diagram, consisted of a network of attached metal segments and was exhibited by Bortolami Gallery. 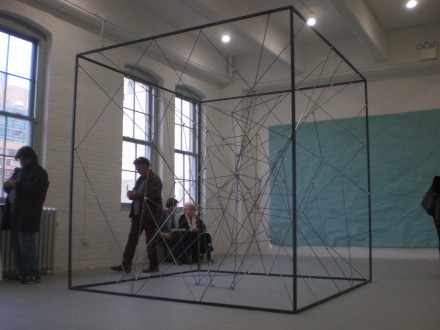 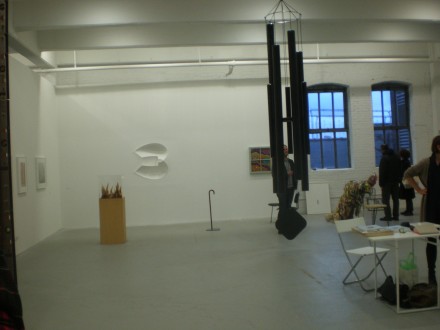 On the third floor, a massive and ominous looking black windchime hung from the ceiling at Anton Kern, while a pair of opposing red and green felt letters took on architectural, or even figurative qualities at Sutton Lane Gallery. 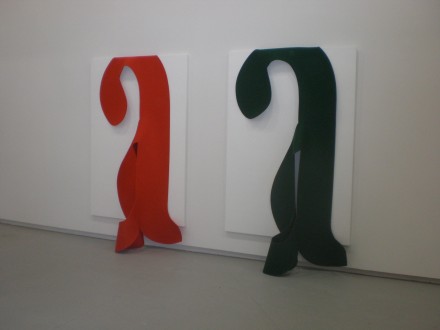 Also quite striking were a set of eight drawings by emerging Swiss artist Marta Rinker-Radich at Wilfred Lentz Gallerie, Rotterdam. 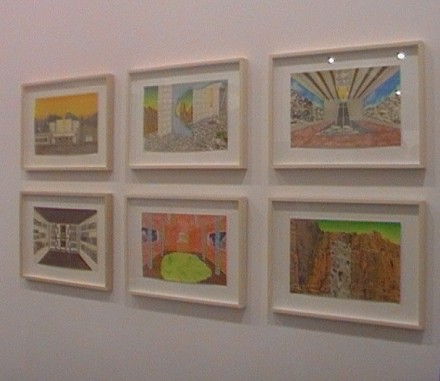 It’s no surprise Independent took Rob Pruitt’s Art Award for Best Alternative Project 2010 in its maiden year. The fair consisted of collaboration, collective, and curatorial edge, and, as each exhibition flowed seamlessly into the next, one had the sense of differentiation existing without boundaries.

Independent [Website for Independent]
The Observer [2010 Interview with Elizabeth Dee]

This entry was posted on Monday, March 7th, 2011 at 8:25 pm and is filed under AO On Site. You can follow any responses to this entry through the RSS 2.0 feed. You can leave a response, or trackback from your own site.