“What if you were locked in an art museum overnight, with a rocket launcher, during a Jeff Koons retrospective.”  So begins the video preview for the videogame Jeff Koons Must Die!!!  MFA candidate Hunter Jonakin‘s 2011 sculpture, is a stand-up arcade cabinet where the viewer can play a video game in which the protagonist walk around an art museum during a Jeff Koons retrospective and is given the choice to destroy the work with a rocket launcher.  In choosing the virtuous path by not doing so, they merely wander the museum, see the work, and then the game ends. However, if they do destroy more than one work (and there’s the choice of puppies, basketballs, La Cicciolina paintings, etc.), Koons will appear and the game takes on the more familiar violent nature of popular first-person shooters, with enemy combatants being replaced with museum guards, curators, lawyers and studio assistants. The important action of the game is not the destruction itself, but which decision the player makes regarding whether to destroy Koons’ work. “Jeff Koons Must Die” clearly pays homage to one of the art world’s entrenched stars while also allowing its player to enact a virtual catharsis if they so choose. 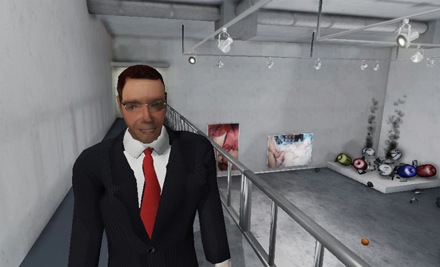 The game is subversive, but technically gives no instructions on whether the viewer should destroy the Koons work- it only provides the tools with which to do so. Regardless of the decisions the avatar ultimately enacts, the game allows its player the discretion to virtually interact with the work in a way that would be impossible in real life.

The idea that video games can placed in an artistic context has gained popularity in the last few years, and quite a few of the art world’s newest stars use games as a primary medium, both as a way of touching on popular 80’s reminiscence, as well as of exploring the futuristic potential that avatars and virtual reality communities like Second Life offer. Chinese artist Cao Fei‘s practice centers around encouraging viewers to experience the world she built in Second Life, RMB city, and in 2008, she showed a version of “RMB” at the Serpentine Gallery that allowed the viewer to interact with art world virtual reality via an arcade cabinet, as does Jonakin’s piece. Cory Arcangel, who will have a show at the Whitney in May, is best known for recontextualizing popular Nintendo games through their hacking and subsequent repurposing. Similarly, as recently as last month, an 8-bit “The Great Gatsby” game went viral, with millions of people playing the “online version” of a previously undiscovered Nintendo game based on the Fitzgerald novel. While it seemed to strike a chord, “The Great Gatsby” turned out to be a hoax created by Charlie Hoey, a developer at Barbarian Group digital marketing agency, and Pete Smith, an editor at Nerve.com, who recognized popular potential in an interactive game that capitalized on nostalgia. 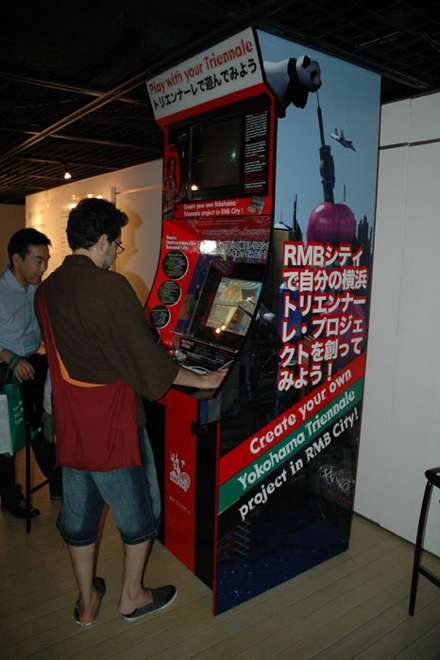 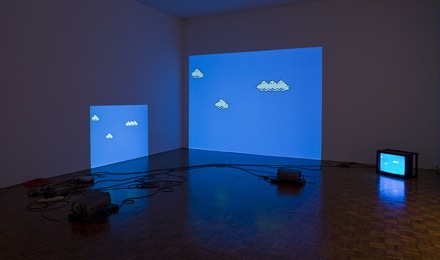 The Smithsonian will be having an “Art of Video Games” show in 2012. Currently online is a site, artofvideogames.org, where you can vote for which of your favorite games should be seen as “art.” Also check out this month’s issue of ArtNews, whose cover story this month is “How Video Games Became Art.”

This entry was posted on Friday, March 25th, 2011 at 7:10 pm and is filed under Art News. You can follow any responses to this entry through the RSS 2.0 feed. You can leave a response, or trackback from your own site.