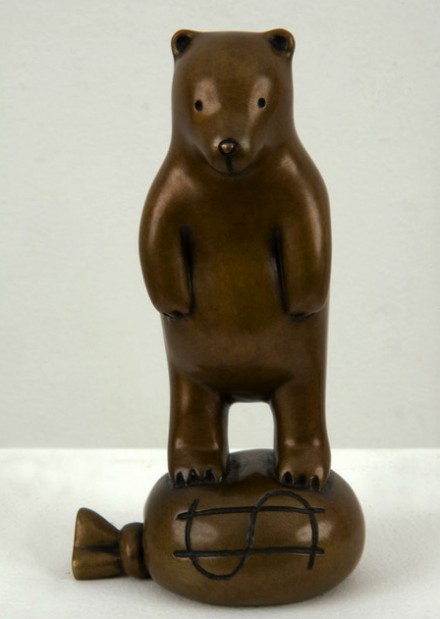 Tom Otterness, Bear on Moneybag (2009). All images via Marlborough Gallery

If you feel a pang of loss every time you exit the 14th Street/8th Avenue subway stop for having left behind the trove of Tom Otterness‘ deceptively adorable bronzes installed throughout the station, then you should head to Marlborough Gallery for a display of about two dozen of the artist’s sculptures in an exhibition titled Animal Spirits. The exhibit features work that draws upon the same ideas that have inspired Otterness’ entire oeurve, namely money, class, and the struggle between the have and have-nots. 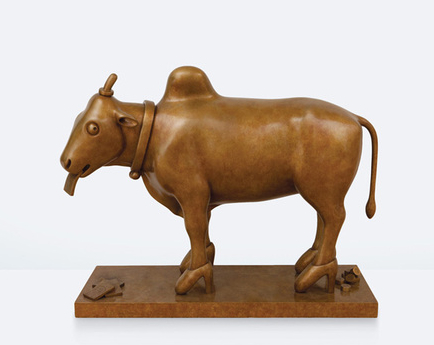 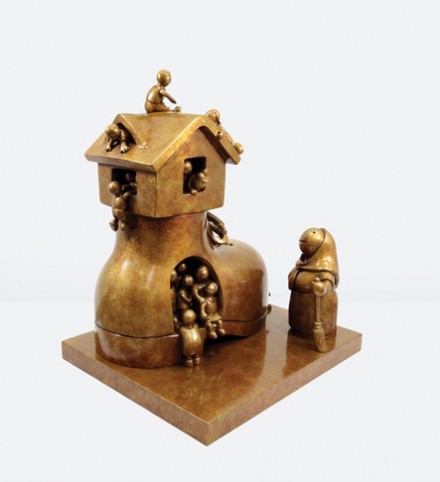 Otterness employs stylized animal and humanoid figures that belie the seriousness of the topics they address. As Alan Moore writes in the catalogue that accompanies the exhibition: “Because these little guys have so often appeared in toys, greeting cards, cartoons – we believe we know them. They are so familiar they seem banal. This is the camouflage of Otterness’ art, its crucial cover for sneaking up on universal themes. Tom approaches the classic modernist objective through the forbidden door of kitsch.” 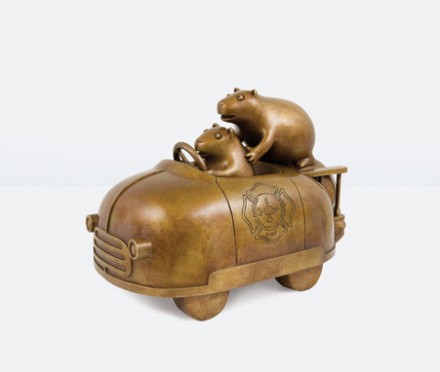 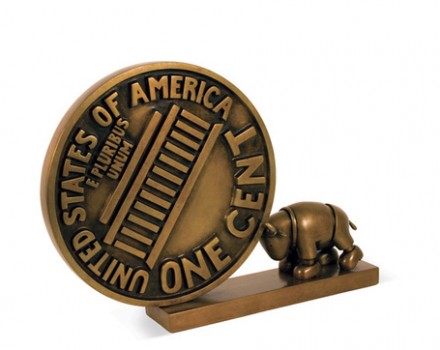 Otterness’ work is most often seen installed in public spaces – parks, libraries, courthouses, and subways. The Marlborough Gallery show affords the opportunity to see his sculpture against white walls and removed from the hustle and bustle of everyday life, though one can’t help but feel like these lustrous depictions of class struggle yearn to be out on the streets. They will be housed at Marlborough Gallery through March 26th, and you can take one home in exchange for a few moneybags of your own. 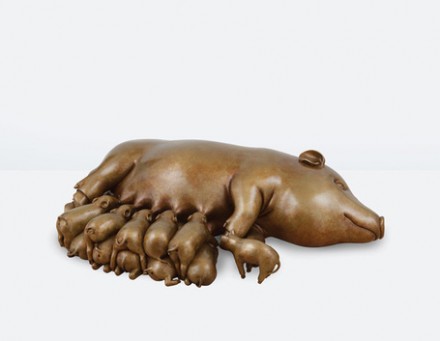 This entry was posted on Wednesday, March 16th, 2011 at 12:10 am and is filed under Art News. You can follow any responses to this entry through the RSS 2.0 feed. You can leave a response, or trackback from your own site.