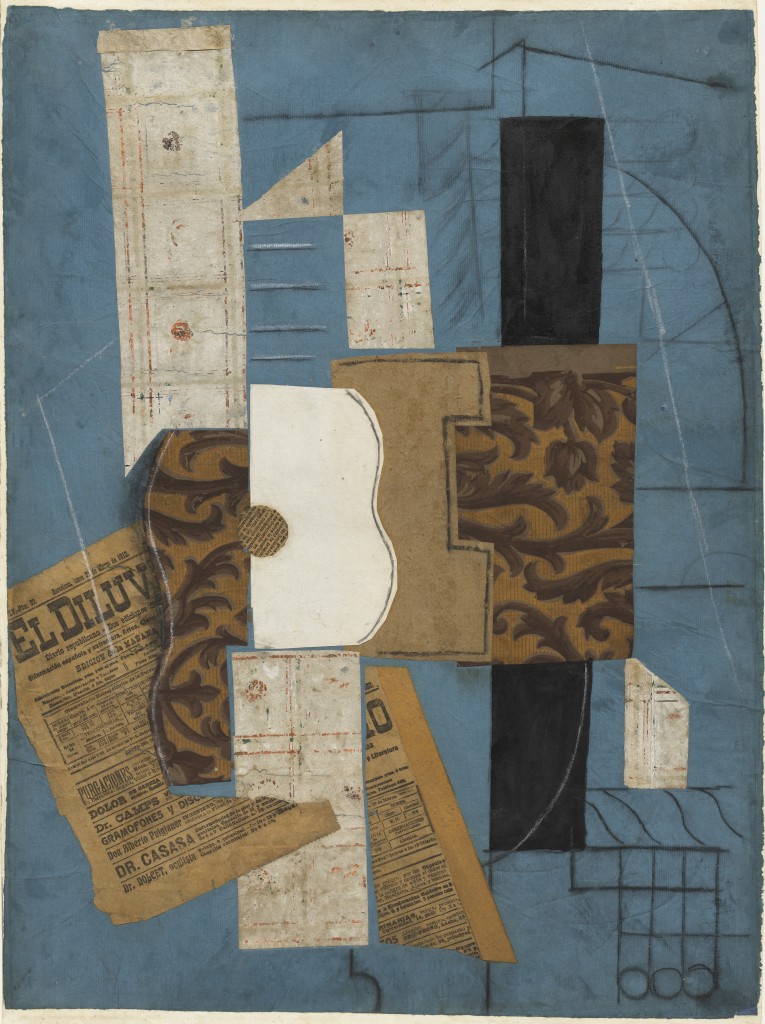 Pablo Picasso, Guitar (1913). Via MoMA
At a time when Picasso exhibitions are plentiful and auction sales are lucrative, the Museum of Modern Art curates an impressive exhibition, Picasso: Guitars 1912-1914, which brings together 65 works from this short period in Picasso’s career for a one-stop show in New York.  The exhibition, on view through June 6, 2011, follows the two years prior to World War I during which Picasso explored a thematically rigid style focusing on guitars, through a multidimensional set of media. 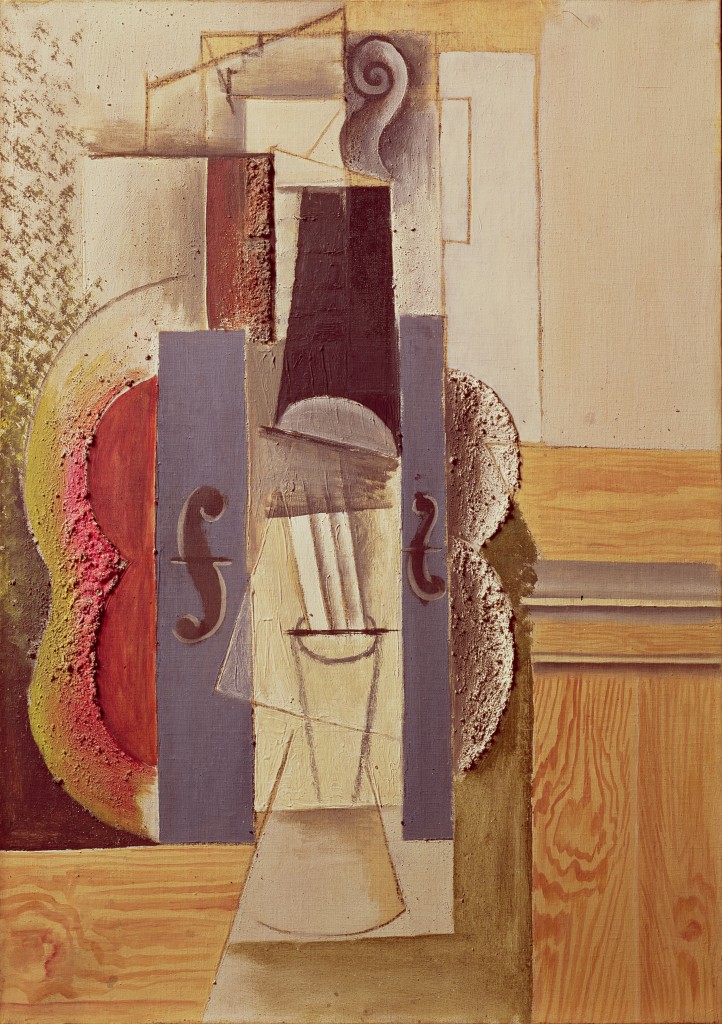 Pablo Picasso, Violin Hanging on the Wall (1912-13). Via MoMA
More text and images after the jump… 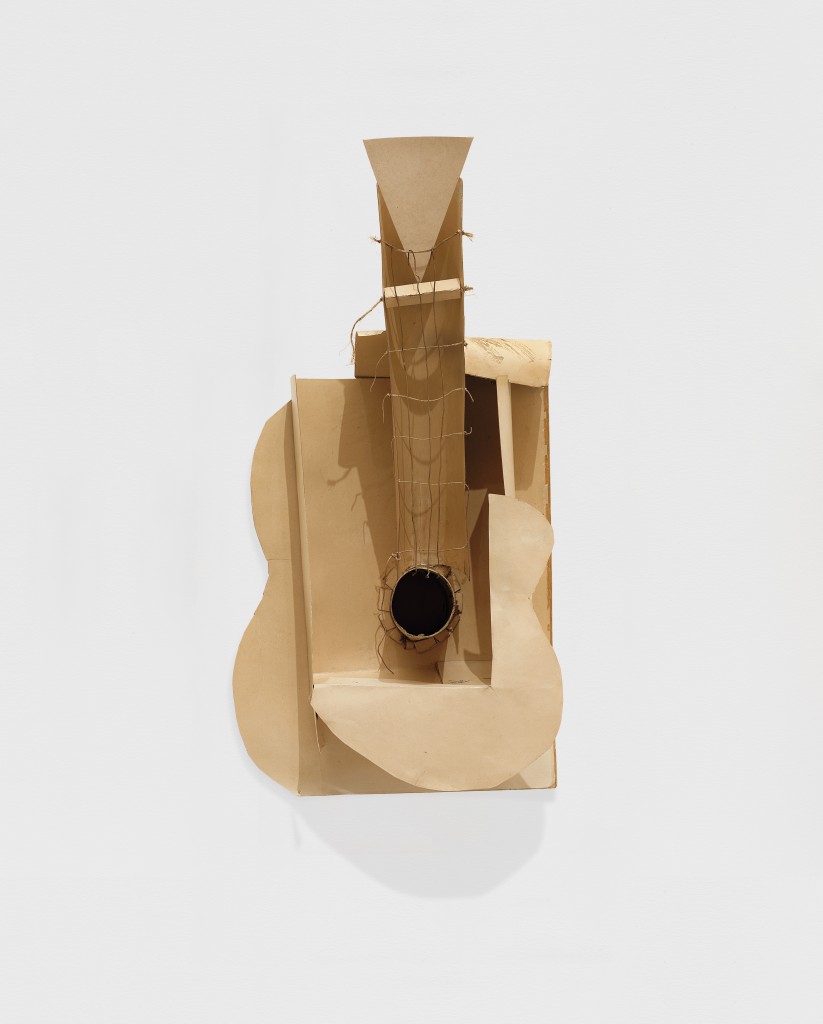 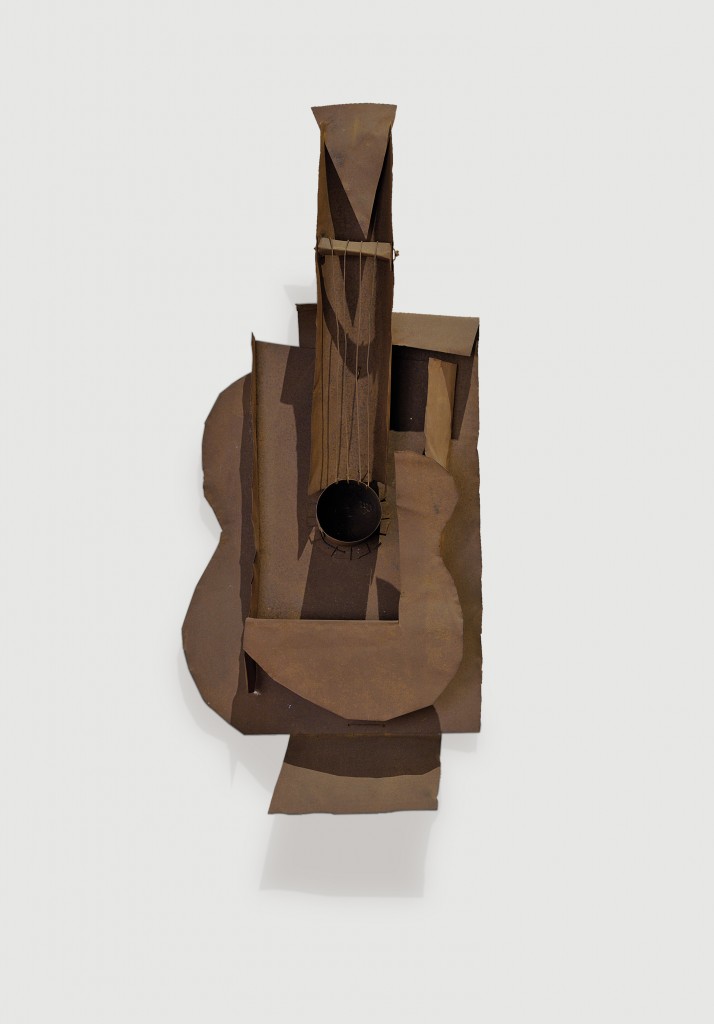 Picasso, sheet metal Guitar (1914). Via MoMA
Both gifts to the museum from the artist, the two Guitar constructions are central to the exhibition and punctuate the beginning and end of this period: 1912 and 1914. The cardboard Guitar from 1912, never before exhibited in a museum, was constructed using cardboard, paper, wire, glue, and string. The physical structure of the guitar allowed Picasso a greater authority in designing the composition not only from his ability to physically rearrange his display, but also from his knowledge and familiarity with the guitar he acquired when building it. Picasso later rearticulated the guitar in 1914 using ferrous sheet metal and wire. 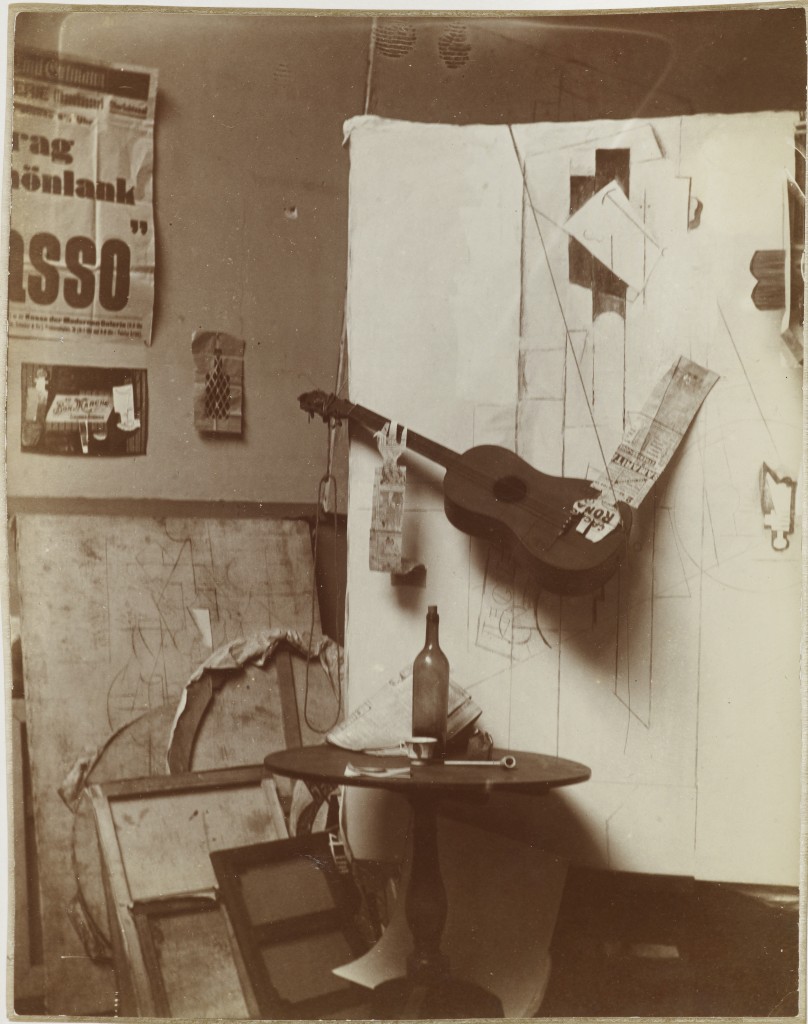 Picasso Photographic composition with Construction with Guitar Player and Violin (1913). Via MoMA
As the exhibition seamlessly conveys, Picasso engaged a multitude of media including newspaper, wallpaper, sheet music, paint with grit, faux bois, faux marbre, paperboard, cardboards, and sheet metal in a radical move that marked his career with a focus on the physicality, multidimensionality, and materiality of the subject. The 65 works exhibited in Picasso: Guitars 1912-1914 uniquely demonstrate Picasso’s formal, technical and aesthetic evolution during a radically experimental time in his art.

This entry was posted on Monday, March 7th, 2011 at 2:48 pm and is filed under Go See. You can follow any responses to this entry through the RSS 2.0 feed. You can leave a response, or trackback from your own site.