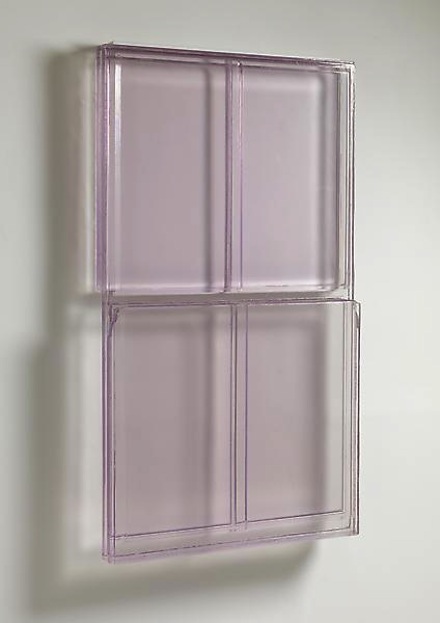 Rachel Whiteread’s latest exhibition opened on March 25th at Luhring Augustine, displaying works that the British artist made between 2007 and 2011. In this show, the artist presents a new series of sculptures and work on paper. The sculptures have been made with resin, a medium that Whiteread has been using along with plaster, for the casting of objects or architectural structures, and sometimes, a subsequent recasting of the obtained mold. With this technique, Whiteread creates a material reproduction of the space that was contained by, or that surrounded the cast object. This resulting sculptural object then embodies an ascetic elegy for the relationships that existed between the object and the space, or the object and the users. 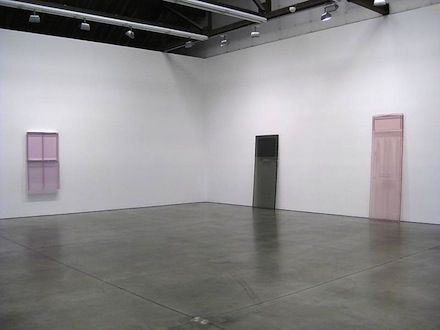 One of the highlights of this show is Whiteread’s representation of the negative spaces of windows and doors, which are cast in translucent resin. These sculptures, present a distinctive quality within Whiteread’s body of work, in the sense that they represent the interruption of kinetic function. In contrast, during previous years, the artist had been casting objects and structures whose function was related to their immobility. Some examples of these sculptures would be her series of beds, created between the late 1980s and the early 1990s, the gargantuan House (1993), or the commissioned monument in Trafalgar Square,  Untitled Monument, (2001) 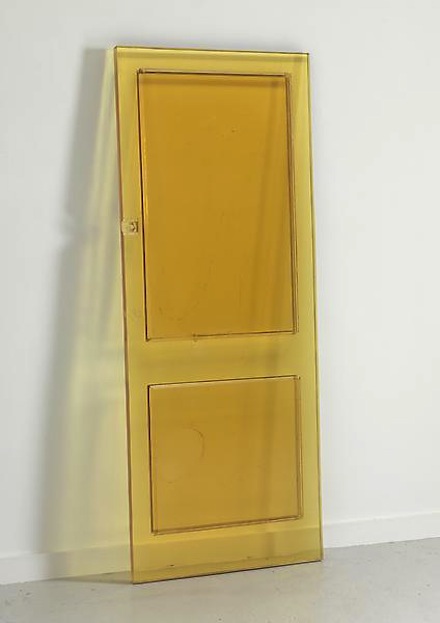 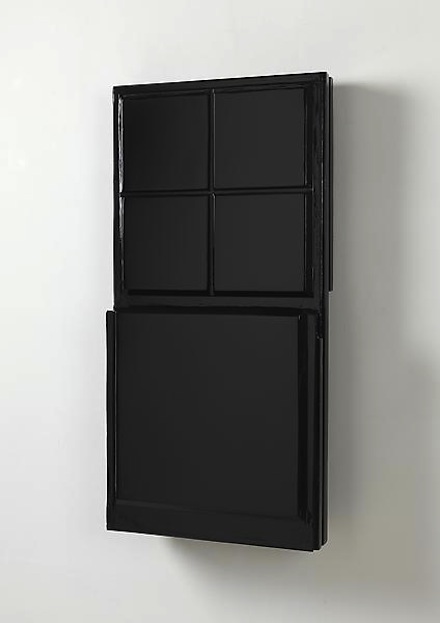 The translucent sculptures in Long Eyes meditate on the public and private nature of thresholds, and the objects that are designed to delimit them in the context of architectural function. These objects, windows and doors, are dislocated from their specific functions by the artist in two different ways: first by detaching them from the open segment they guard and make accessible in an architectural structure, and then reproducing them in a distorted way, in this case, a negative reproduction that renounces the kinetic capacity associated with these objects. The positioning of the sculptures in the gallery presented impossible thresholds, where two of the four windows hanging from solid walls would still allow the spectator to see through them, and where the doors rest in oblique angles against these walls that are the ‘outside’ they are keeping us away from. 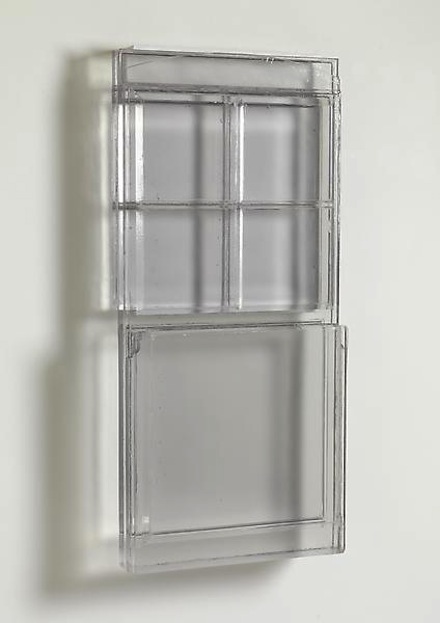 It is important to mention the element of temporality that is embedded in these sculptures, specifically in the windows, which names (Dawn, Daylight, and Dark, made in 2010) associate their hue with a particular hour of the day. The windows are tinted to recreate the natural light, or lack of light, that would come through them from an exterior. Because of the way they are displayed, without a natural source of light, the negative representations of the windows seem to contain, but not reflect, the light of the day they evoke.

With these new works, doors and windows, Whiteread continues her exploration of the anthropomorphic potential in the objects that provide mechanisms for human interaction, opening new possibilities for the questioning of intersubjective notions of the relations between users, objects and spaces.

This entry was posted on Monday, March 28th, 2011 at 12:49 pm and is filed under Art News, Go See. You can follow any responses to this entry through the RSS 2.0 feed. You can leave a response, or trackback from your own site.