Go See – Vienna: Egon Schiele “Self Portraits and Portraits” at The Belvedere through June 13th 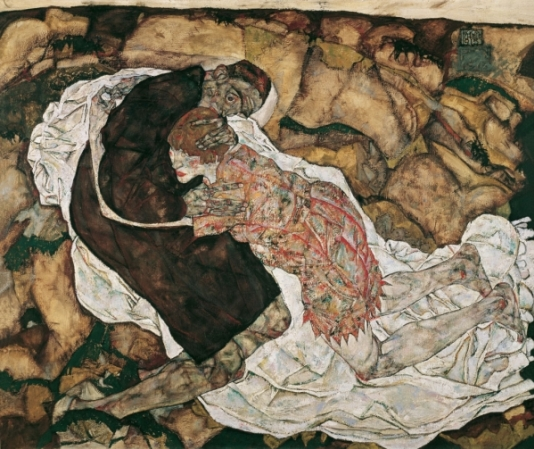 Death and Maiden (Man and Girl) (1915) by Egon Schiele, via The Belvedere

Currently on view at The Belvedere in Vienna is an exhibition dedicated entirely to the portraits and self-portraits of Egon Schiele (1890- 1918), one of Austria’s most important twentieth-century artists. Schiele’s work departs from traditional portraiture in order to render his subjects’ mental and emotional states with exaggerated expression. Elongated and skeletal limbs are accentuated through the use of somber colors, and often his models seem to be at the height of anguish. Such dark and exaggerated portrayals echo the stylistic tendencies of early Austrian Expressionism as well as the tension present pre-wartime Austria.

Der Verleger Eduard Kosmack (1910) by Egon Schiele, via The Belvedere

Schiele is primarily known for his strong figurative work. These portraits, which account for more than one-third of his oil paintings, watercolors and drawings during his mature period, consistently merge traditional technique with revolutionary expressionism. His figures border between abstract and realistic depictions of the sitter in a manner that showcases the inner emotional state of his subject.

Since the time of his youth Schiele was interested in the subject of people. Often, by portraying himself he would be able to investigate the expression of another. This is most apparent from the years of 1910 and 1911 when he depicted himself with many different personalities thus exploring his own emotions as well as the reactions of the people he was portraying. Renowned for his erotic oeuvre of women, these portraits reveal the artist’s complex character. Although there are some portraits of women, most of his commissions were from professional men. Letters from well-off Viennese patrons show just how crucial such funding was for artist to maintain his work. 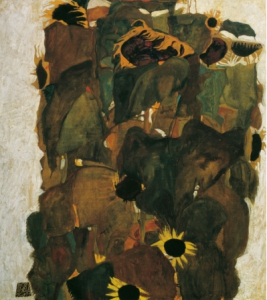 Sonnenblumen I (1911) by Egon Schiele, via The Belvedere

Schiele was born in 1890 just outside of Vienna. His father died when he was just 14 from Syphilis leaving the family impoverished. It was during this time that Klimt’s group of painters decided to reject Old Master conservatism in favor of a more sensual and expressionist style- a tendency which would influence the young Schiele later on.

Vier Bäume (1917) by Egon Schiele, via The Belvedere

The first of its kind, the exhibition is arranged chronologically and presents over 100 works, many of which are being shown in Austria for the first time. It documents the incredible interaction between Schiele’s portraits and self-portraits shedding new light on the relationship between the artist and his patrons which was so pivotal for Vienna art milieu at the time. The artist’s artistic investigation into the inner realms of the self reveal a greater sense of empathy towards the human personality. His later works profess a more solid sense of self and deepened humanity towards his subjects. 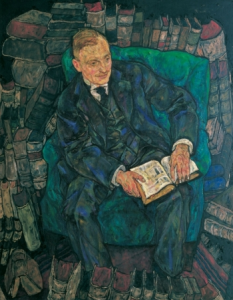 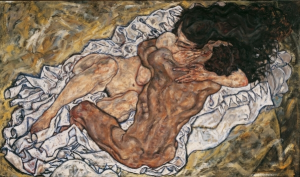 Embrace (Lovers II) (1917) by Egon Schiele, via The Belvedere 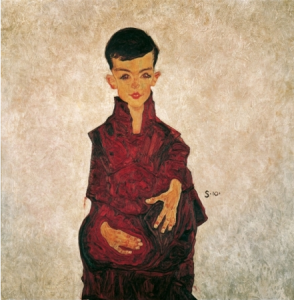 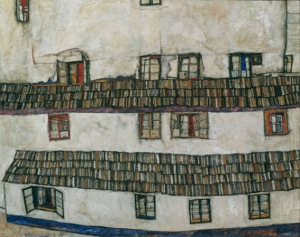 This entry was posted on Saturday, March 26th, 2011 at 12:53 am and is filed under Art News. You can follow any responses to this entry through the RSS 2.0 feed. You can leave a response, or trackback from your own site.