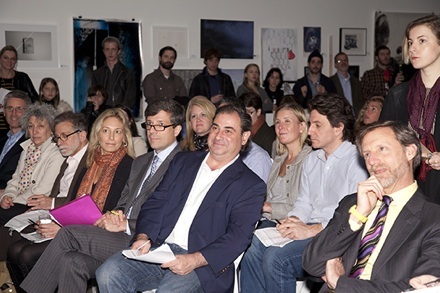 Last Wednesday, Art Observed was on site at SculptureCenter’s Lucky Draw in Long Island City. Of the events in New York’s spring benefit circuit, Lucky Draw stands out for its rapid paced, chance-dependent operation that lends the event an element of excitement and guarantees that each ticket holder brings home a piece of art. Even though the auction format gala keeps it casual by omitting a formal dinner or seating order, anticipation leads up to a quick raffle draw that replaces the traditional art world bidding process. Every ticket purchased guarantees the lucky philanthropist a piece of art as decided by the raffle’s random draw and not the highest bidder. However, SculptureCenter knows the anxious collector’s soul and lets the event begin with a traditional search for the three highest bidders, who are then allowed to bypass fate and pick the first three works of art. 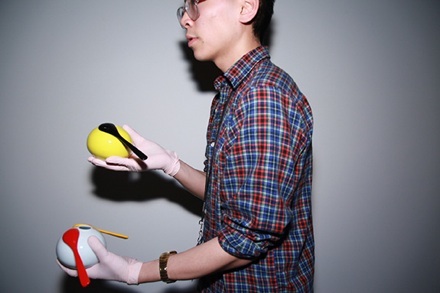 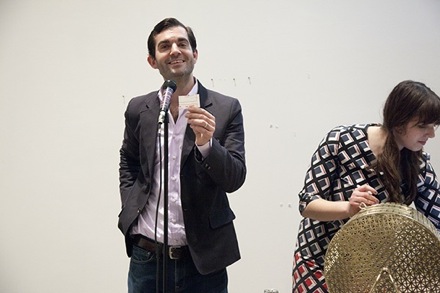 This year’s opening pick was a drawing by Dana Schutz, followed by a Gedi Sibony and a painting by Elizabeth Neel, who recently showed in SculptureCenter’s “In Practice” series. After the opening choices, Lucky Draw’s sweepstake began to govern the event and bestowed the attendees with art both by younger artists like Mika Tajima and more established figures as Ugo Rondinone. Most of the 170 donated pieces had in common rather conservative choices in terms of scale and medium, though there were a few exceptions such as Miles Huston’s S for “Sam and Sol”, a sofa-like (the function ascribed to it by a few visitors) sculpture and Jules Marquis’ border wallpaper, which was installed on top of the salon-style hung display. 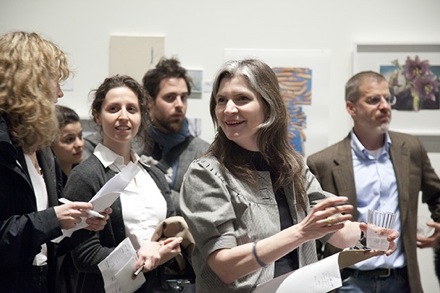 Towards the gala’s end, patrons crowed around the art packing area in order to receive their art, seeming anxious to get home with the new additions to their collections.

This entry was posted on Friday, April 22nd, 2011 at 5:38 pm and is filed under AO On Site. You can follow any responses to this entry through the RSS 2.0 feed. You can leave a response, or trackback from your own site.