Go See – Washington, DC: Alexis Rockman – A Fable for Tomorrow at the Smithsonian American Art Museum until May 8th, 2011

Alexis Rockman: A Fable for Tomorrow, is currently open at the Smithsonian American Art Museum until May 8th. It is Rockman’s first major career retrospective, and showcases 47 paintings and works on paper.  The New York City artist has for more than two decades defied the parameters of traditional artistic collaboration through his work with scientists and researchers such as Peter Douglass Ward and molecular biologist Rob DeSalle, and the title of the show is a reference to environmentalist Rachel Carson’s book Silent Spring. 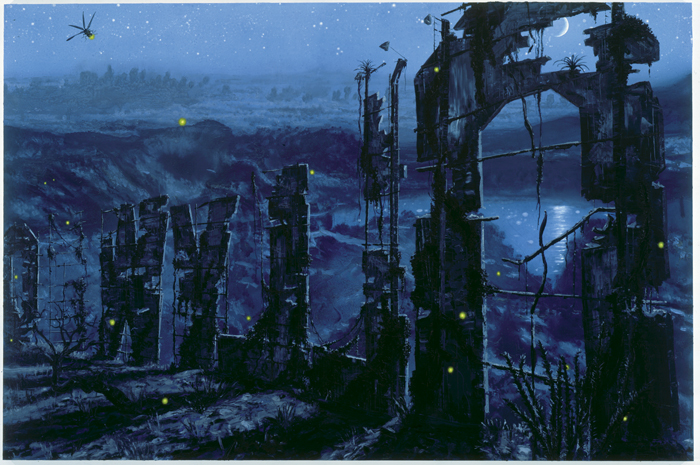 The series of stunning landscapes are apocalyptic and fantastical, yet firmly rooted in science and empirical evidence. In Manifest Destiny, Rockman depicts the Brooklyn waterfront in the year 5004 after greenhouse gases have melted the polar caps and sea levels have risen and overtaken human life.  However, not all of his work is morbid and alarmist.  In Barnyard Scene, Rockman shows a raccoon mating with a rooster and Jungle Fever shows a praying mantis mating with a chipmunk. 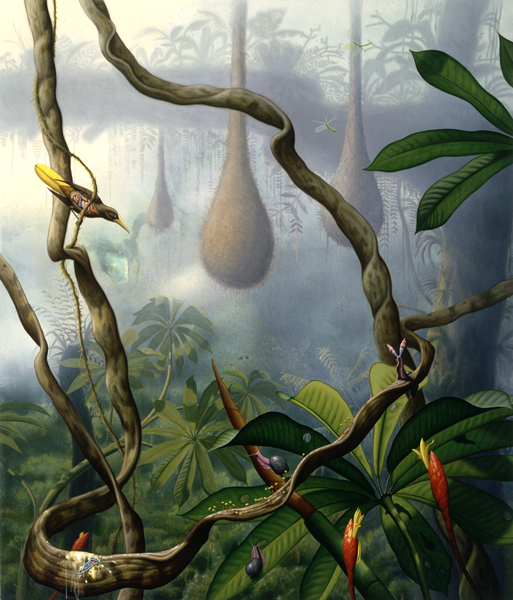 Taking strong inspiration from his frequent childhood travels to Australia and subsequent trips to Costa Rica, Brazil, Madagascar, Guyana, Tasmania, and Anatartica, Rockman’s paintings not only imitate present life on Earth but envision and forecast a dark future in which climate change and genetic engineering has altered the earth as we currently view it. 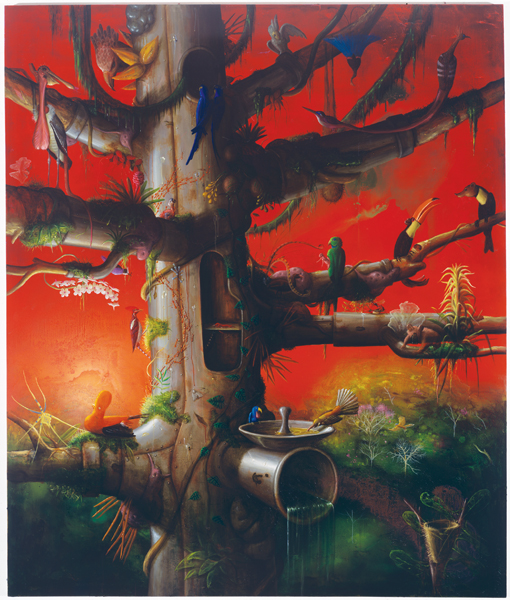 Not surprisingly, the artist is known for his vociferous support for Riverkeeper, an NGO spearheaded by Robert F. Kennedy, Jr. and Amanda Hearst, which fights pollution in the Hudson River and advocates cleaner waters. 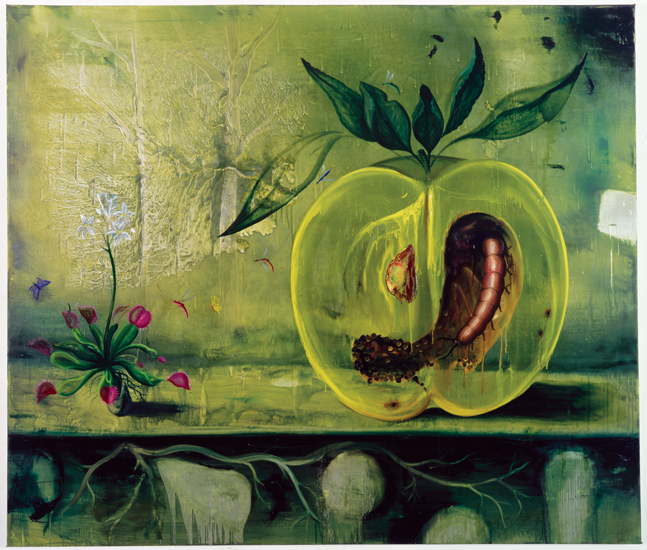 Alexis Rockman The Balance of Terror (2009)

Marketing Weekly News November 19, 2011 Kohl’s Department Stores (NYSE: KSS) has a stylish way for customers to support women’s health and give back this holiday season with Kohl’s Cares[R] cause merchandise created by world-class designer Vera Wang for her exclusive brand, Simply Vera Vera Wang, available only at Kohl’s. Now through the end of January 2012, the limited-edition apparel, accessories and gifts can be found in all 40 Wisconsin Kohl’s stores and online at Kohls.com, with 100 percent of the net profit donated to support the fight against breast cancer.

Simply Vera Vera Wang cause merchandise caters to women on-the-go during the busy holiday season, including everything from statement jewelry and clutches to fashionable yet functional coffee cups and totes. Featuring patterns designed by Vera Wang in various shades of pink, white and gray, all items are available for $5 or $10 each, making them great holiday gifts and stocking stuffers. To view the entire collection or to purchase these items online, visit Kohls.com/Cares.

“We are thrilled to offer Simply Vera Vera Wang cause merchandise, designed by Vera Wang, in time for the holidays,” said Julie Gardner, Kohl’s executive vice president and chief marketing officer. “We launched the breast cancer cause merchandise program last year with a collection from Simply Vera Vera Wang. The program resonated so well with our customers that we are offering a second collection, making it easy for them to support the cause this season with great gifts that give back.” Kohl’s cause merchandise supporting the fight against breast cancer is available year-round, with 100 percent of the net profit donated to the cause. Kohl’s also supports women’s health with a commitment of $7 million over three years to the American Cancer Society’s Midwest Division and the Southeast Wisconsin Affiliate of Susan G. Komen for the Cure[R] to support breast cancer research, education and patient-assistance programs. in our site kohls printable coupons this web site kohls printable coupons

The women’s health initiative builds upon Kohl’s long history of charitable involvement in the communities it serves. Since 2000, Kohl’s and the Kohl’s Cares program have combined to give approximately $38 million to support charitable initiatives in the metro-Milwaukee area. In addition, over the past 10 years, the company’s Kohl’s Cares cause merchandise program, which sells plush toys and books, has raised more than $180 million to benefit children’s health and education initiatives nationwide.

For more information on Kohl’s community giving or to view Kohl’s Cares cause merchandise, visit Kohls.com/Cares. About Kohl’s Based in Menomonee Falls, Wis., Kohl’s (NYSE: KSS) is a family-focused, value-oriented specialty department store offering moderately priced, exclusive and national brand apparel, shoes, accessories, beauty and home products in an exciting shopping environment. With a commitment to environmental leadership, Kohl’s operates 1,127 stores in 49 states. In support of the communities it serves, Kohl’s has raised more than $180 million for children’s initiatives nationwide through its Kohl’s Cares[R] cause merchandise program, which operates under Kohl’s Cares, LLC, a wholly-owned subsidiary of Kohl’s Department Stores, Inc. For a list of store locations and information, or for the added convenience of shopping online, visit www.Kohls.com.

This entry was posted on Sunday, April 10th, 2011 at 5:42 pm and is filed under Go See. You can follow any responses to this entry through the RSS 2.0 feed. You can leave a response, or trackback from your own site.