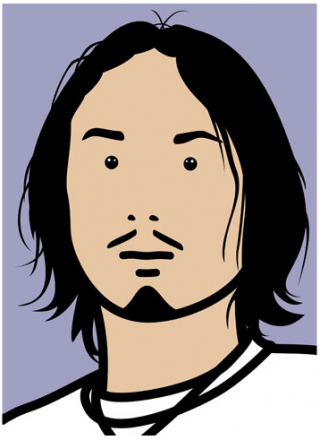 Currently showing at Galerie Bob Van Orsouw is Julian Opie‘s new exhibition, showing work primarily from the last decade and largely focused on portraiture. Opie is widely known for his acclaimed cover album for British Alt-rock band “Blur,” and is also recognized as a member of the New British Sculpture Group, which emerged in the 1980’s and includes artists such as Tony Cragg, Anish Kapoor and Anthony Gormley.  The show will be open through May 14th. 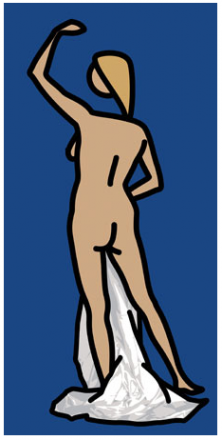 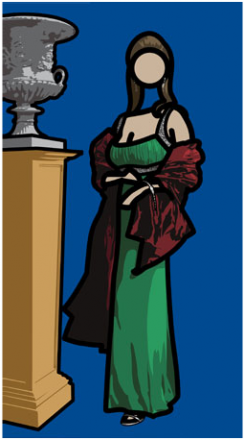 Opie, who originates from southeast England, has a style immediately visible to onlookers: his work is characterized by visually engaging graphics and an awareness of Pop Art. His newest works from 2011 are a series of full-body portraits of women, each commissioned by a collector, that reference the portraiture style of the late Renaissance. 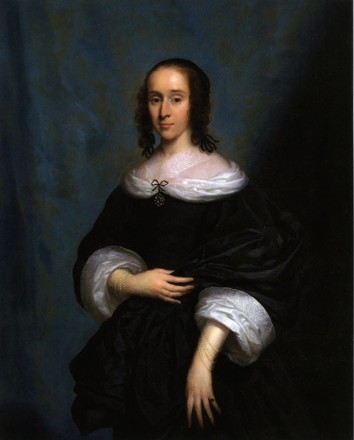 A painting by Cornelius Johnson, Portrait of an Unknown Woman (1657) depicted on the opening’s invitation, hints at the reference. via Galerie Bob Van Orsouw

Opie also produces sculptural work such as “Jack Walking,” a large scale LED public installation that resembles his paintings in its thickly outlined figure, floating head and simple detail. According to the press release, the artist attempts to “[deal] with ways of depicting the human body and its programme of movement. In his art he is engrossed in detaching the “image“ from its support, showing that pictures are not two-dimensional surfaces, but require us to explore how they are applied.” 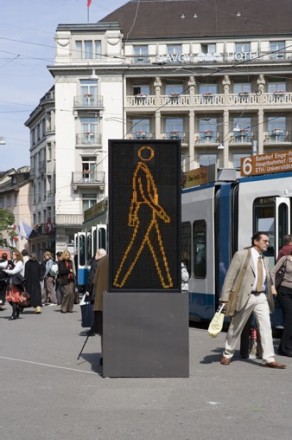 Many of the works are created using computer imaging; drawings including “Ed and Marlanela 3″ are made by a computer generated cut-vinyl technique generally used for public signage. 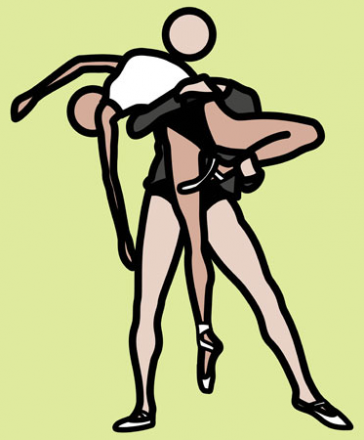 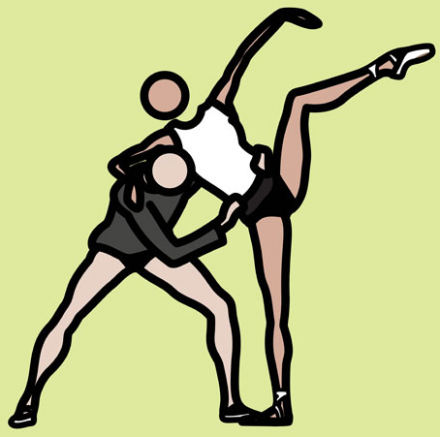 This entry was posted on Thursday, April 14th, 2011 at 5:06 pm and is filed under Go See. You can follow any responses to this entry through the RSS 2.0 feed. You can leave a response, or trackback from your own site.