AO on site Photoset – Paris: Antony Gormley opening “For the Time Being” at Thaddaeus Ropac Gallery, through June 4, 2011 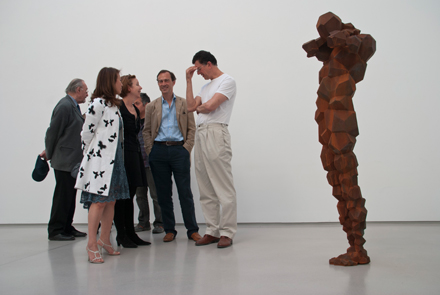 Installation view of “For the Time Being” at Galerie Thaddeus Ropac, (Antony Gormley is at right) All images Caroline Claisse for Art Observed.

AO was on site for the opening of “For the Time Being,” currently showing at Galerie Thaddeus Ropac in Paris and presenting work by Antony Gormley, Turner Prize winner and Royal Acamedician. The shows continues Gormley’s Meme series (which recently showed at Anna Schwartz Gallery) and includes work in which the human form is broken down and rebuilt in sculptures which tie together portraiture and abstraction- Giacometti meets Mondrian.
Gormley’s process involves analyzing the planes of the body and reducing it to basic shapes, utilizing “Euclidean geometry or crystal-formation” (according to the gallery press release), which results in geometrically abstracted humanoid forms of varying scales and materials. The sculptures playfully interact with the gallery architecture and the viewer, questioning the relationship of the body to space. 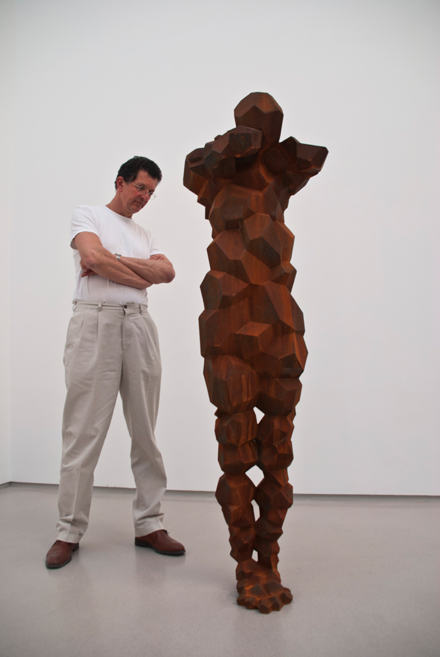 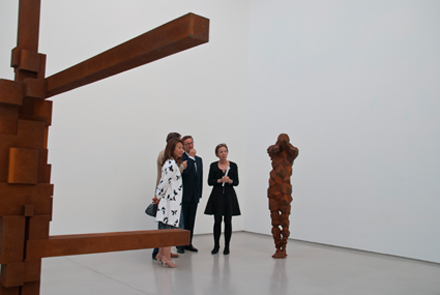 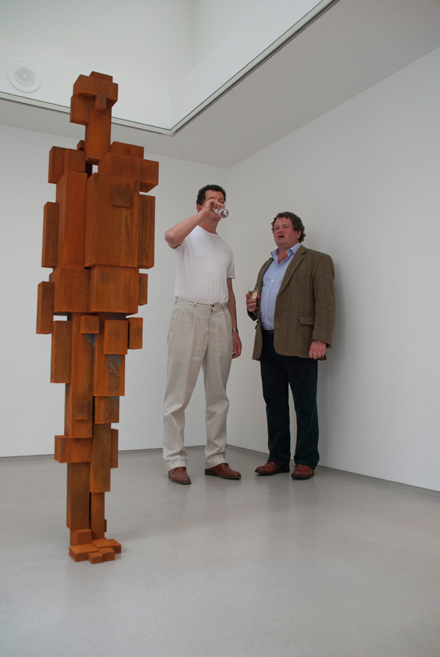 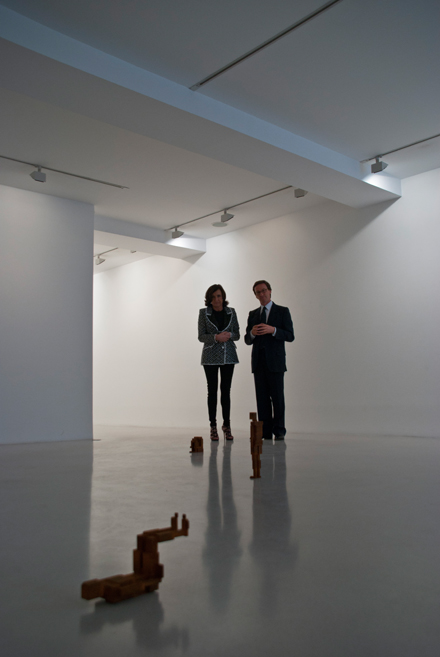 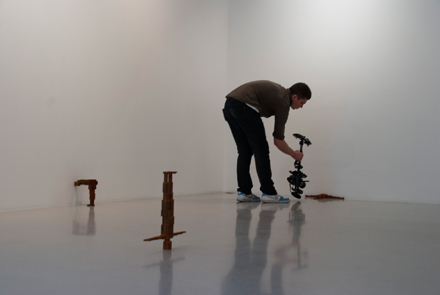 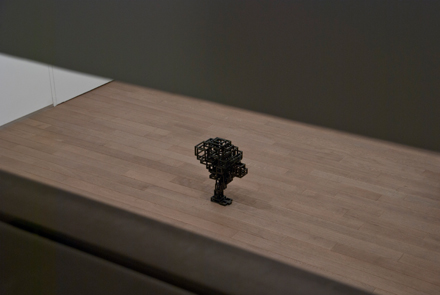 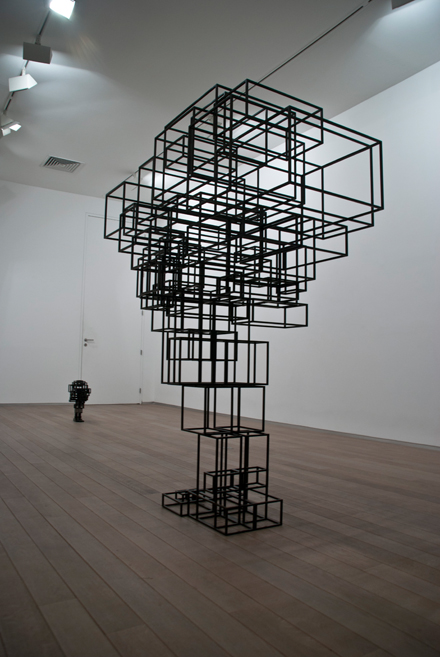 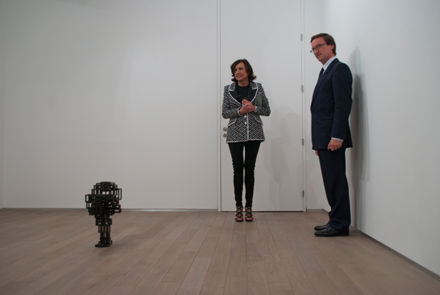 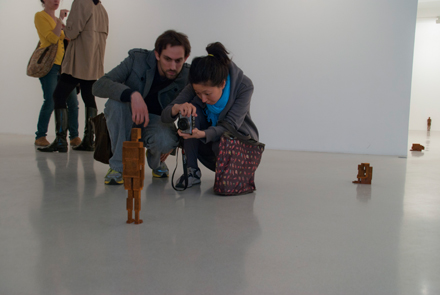 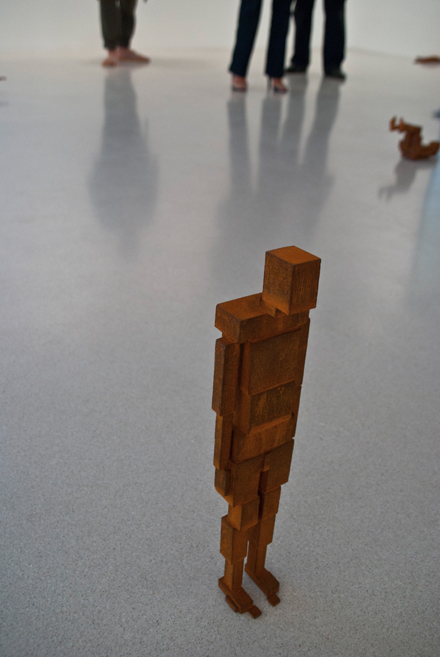 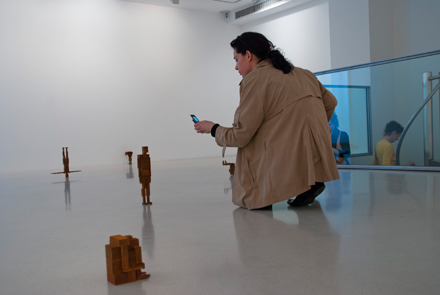 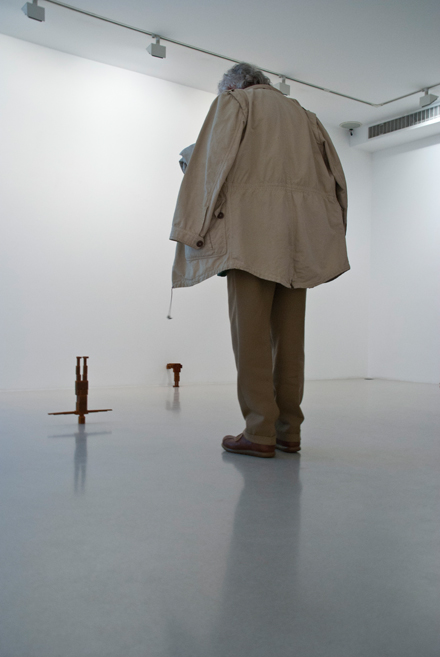 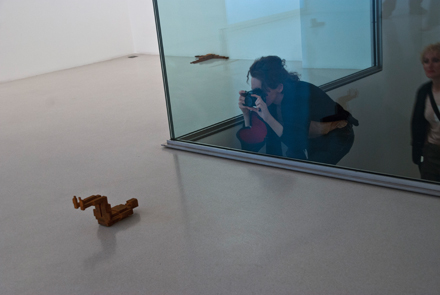 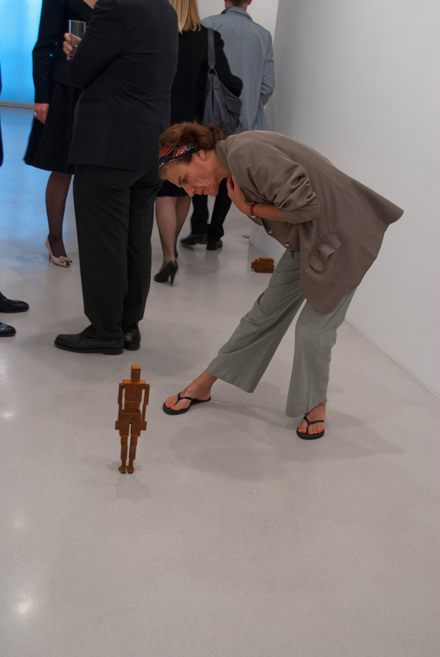 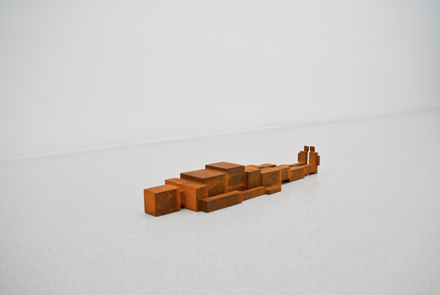 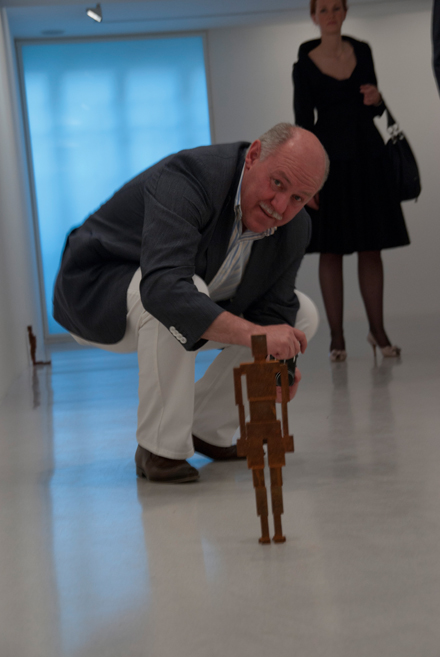 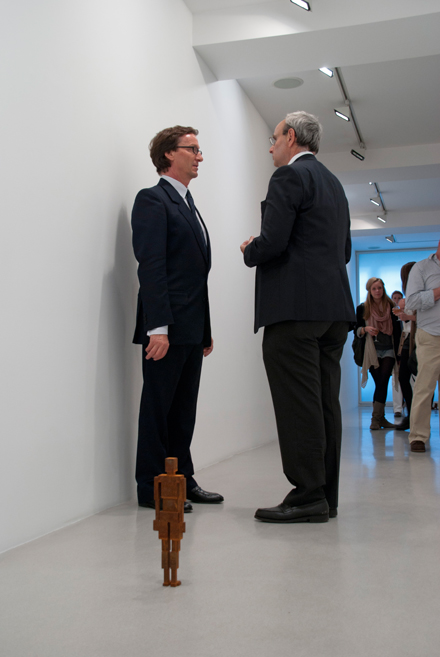 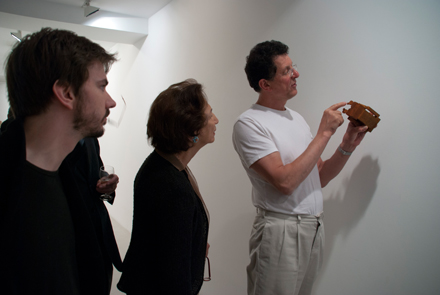 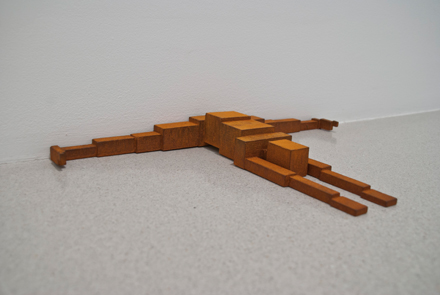 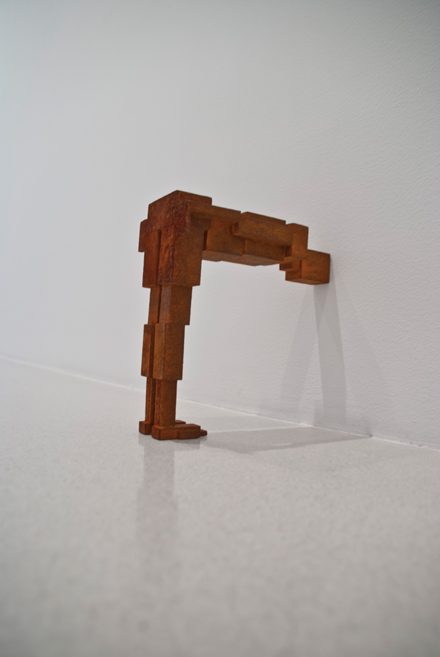 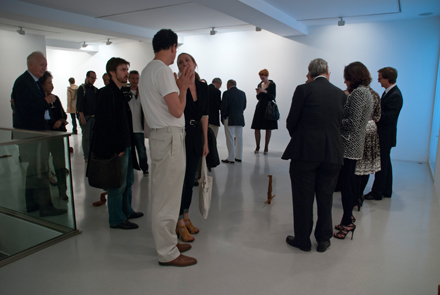 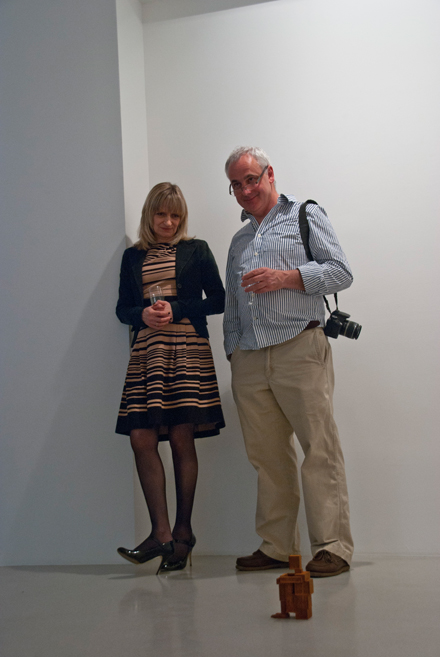 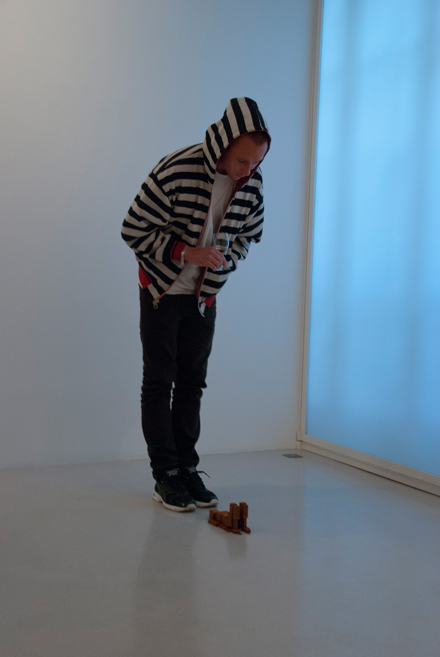 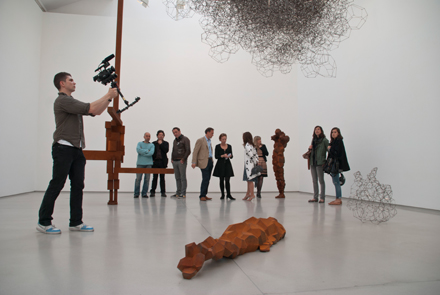 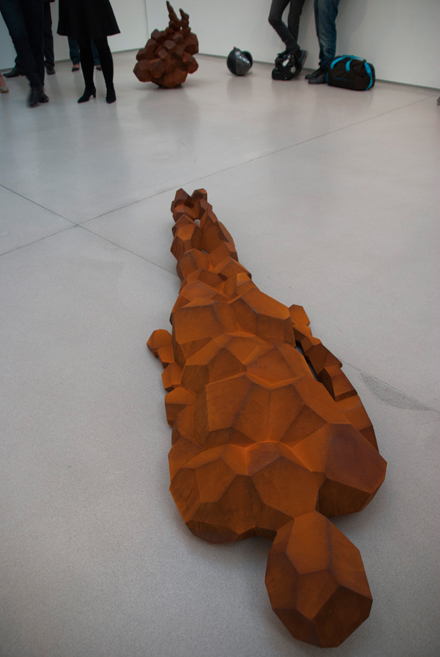 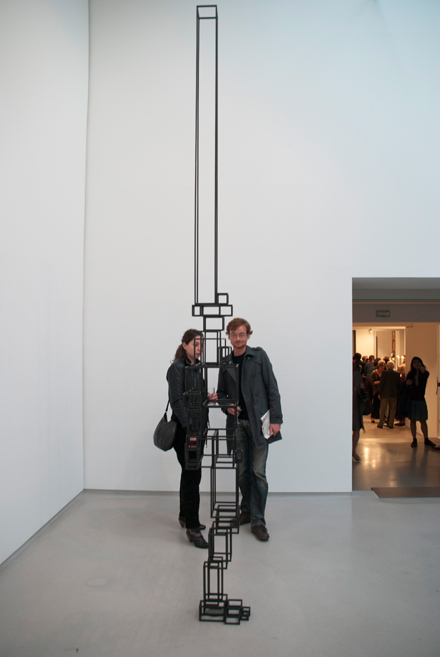 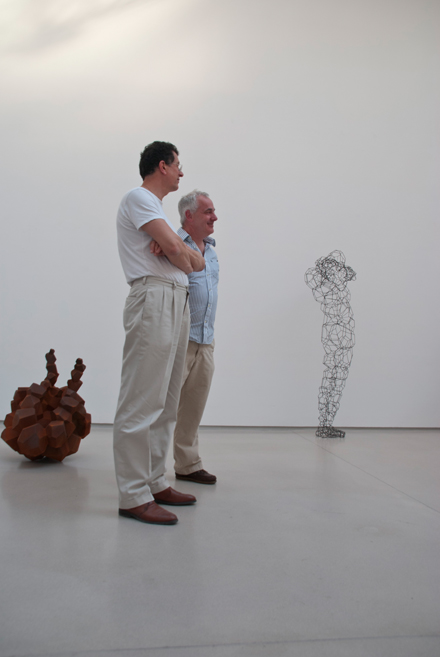 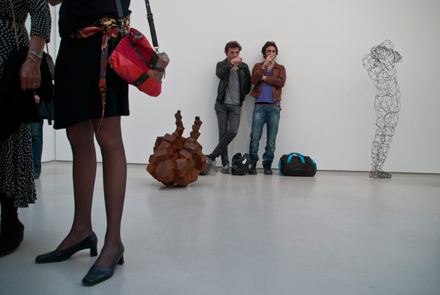 This entry was posted on Friday, May 6th, 2011 at 11:48 am and is filed under AO On Site. You can follow any responses to this entry through the RSS 2.0 feed. You can leave a response, or trackback from your own site.