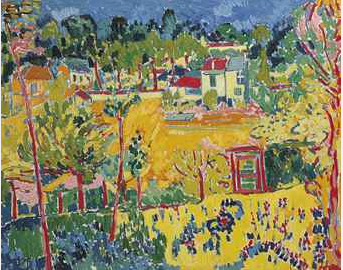 The second and final Impressionist and Modern art evening sale in New York this spring was held Wednesday night at Christie’s. The auction realized $156 million, just below the low presale estimate of $162.3 million. Ten of the fifty-seven lots offered failed to find buyers, giving the sale a sell through rate of 82% by lot and 81% by value. The evening progressed much like the Sotheby’s sale last night. There was frenzied interest in a few lots, but otherwise buyers seemed unimpressed by the offerings and hence hesitant to bid. First place was shared by two works – Maurice de Vlaminck‘s Paysage de Banlieue and Monet‘s Les Peupliers both sold for $22.5 million. The Vlaminck was sold by billionaire collector Steven Cohen and just about doubled the artist’s previous auction record set in 1990 for $10.8 million. 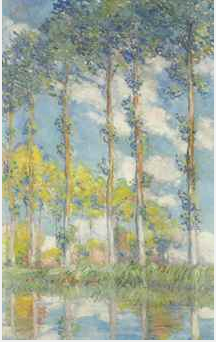 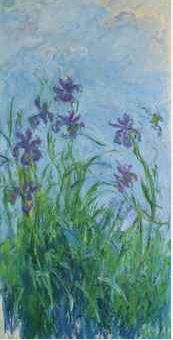 Monet’s Les Peupliers was the auction’s cover lot and sold to a private American buyer for $22.5 million, at the low end of its $20-30 million presale estimate. It last sold in 2000 for $7 million. No such luck was had for the other high priced Monet offered Wednesday night, titled Iris Mauves. Bidding began at $9.5 million and stopped at $12.5 million for the six foot tall canvas, which failed to sell against a low presale estimate of $15 million. At the press conference the auction house noted that the work had been offered privately for some time and that this may have dampened interest on auction night. 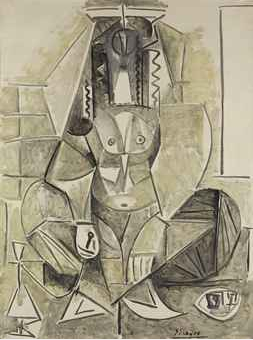 Picasso‘s monochromatic homage to to Delacroix’s 1934 Les Femmes D’Alger – one in a series of fifteen – carried the same presale estimate as the featured Monet lot and sold for $21.4 million. Larry Gagosian, seated in the audience a few rows behind a capped Leonardo DiCaprio, was an underbidder. 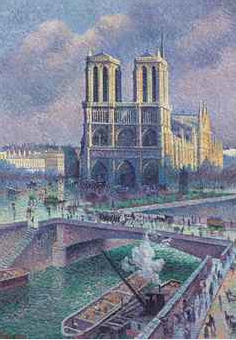 A bright Matisse painting of a room with a view sold for $15.8 million, above its high estimate of $12 million, to private European buyer bidding on the telephone. The same buyer bagged a view of Paris by Maximilien Luce for a price that set the auction record for the artist. Notre-Dame de Paris sold for $4.2 million, almost double the previous record set at Christie’s in 2007 for $2.8 million. 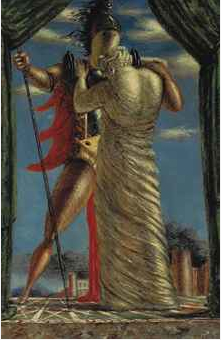 As was the case Tuesday night at Sotheby’s, interest in Surrealist works was solid. The evening began with a smattering of Surrealist pieces that were bid on with gusto rarely seen again over the course of the sale. The star Surrealist lot was Giorgio De Chirico‘s Ettore e Andromaca. Auctioneer Christopher Burge noted that it was difficult to price and gauge interest in the canvas because it is a departure from De Chirico’s best known work. Though the work sold under its low estimate of $5 million, he said the auction house was pleased with the price realized. 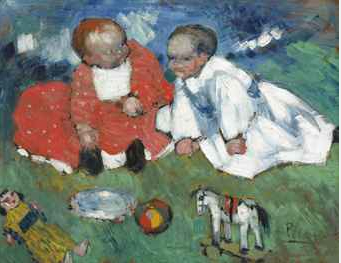 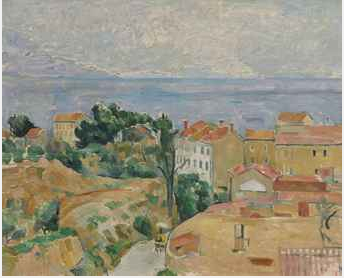 Works by Picasso, Cezanne, Matisse, Vuillard, and Bonnard were among those bought in. The Impressionist & Modern sales this week offered few surprises, good or bad. Next week Sotheby’s, Christie’s, and Phillips de Pury hold sales of Contemporary art. Check back here for a preview of those auctions, and follow ArtObserved on twitter for live tweeting of notable results.

This entry was posted on Wednesday, May 4th, 2011 at 11:38 pm and is filed under AO On Site, Art News. You can follow any responses to this entry through the RSS 2.0 feed. You can leave a response, or trackback from your own site.