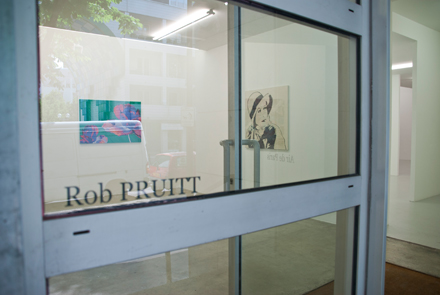 In his third solo exhibition at Air de Paris, Rob Pruitt toys with the idea of “acceptable” art. The self-titled show puts on display two new bodies of work from Pruitt- the first is a series that takes wall art from IKEA and reinvents it as richly layered paintings, and the second a pair of cardboard robots, made from found materials. 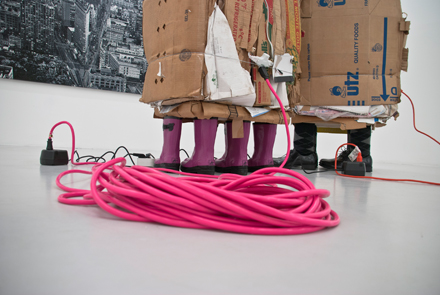 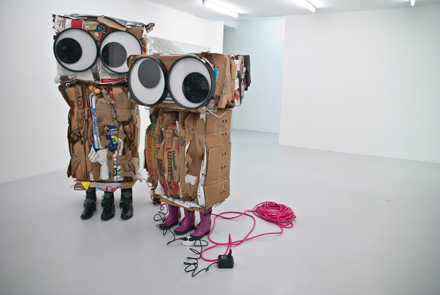 Pruitt uses megachain IKEA’s inoffensive selection of posters and prints, which feature generic, brightly colored flowers, portraits, and abstract designs as starting points, and repaints the original design in thick, viscous oils. Pruitt seems to cheekily suggest that this extra layer increases the value of the work, and questions the validity of this, thereby highlighting the often subtle distinction between what is or isn’t considered to be “fine art.” 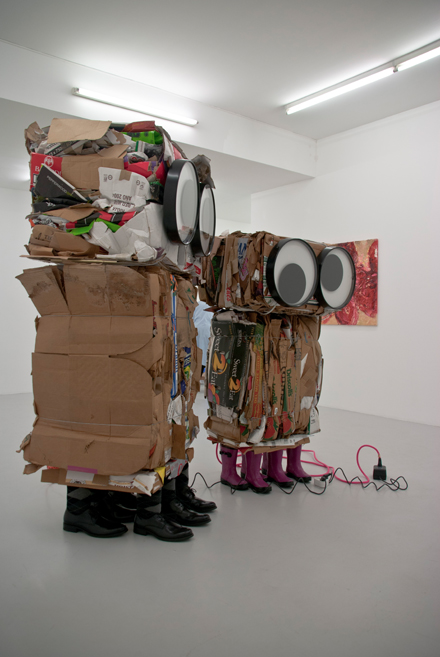 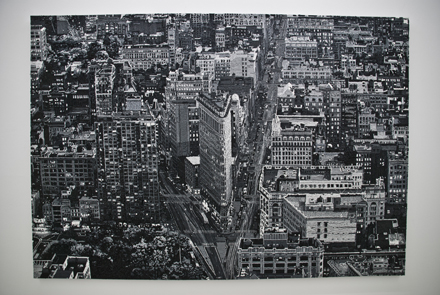 The cardboard robots also on display act as a built-in audience for Pruitt’s show. They have been arranged before the oil paintings as if spectators or visitors who wandered unknowingly into the gallery. Created from boxes found on New York City streets, they feature rotating pupils and multiple feet, allowing them to do the looking and act in dialogue with Pruitt’s revamped IKEA wall art.

Rob Pruitt’s new projects question and play with the idea of art as a product, and question whether subject matter or material dictates the worth of a piece of art. The show will close May 7th, 2011 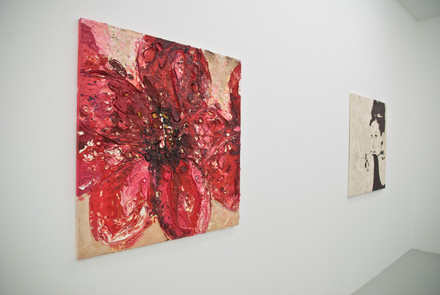 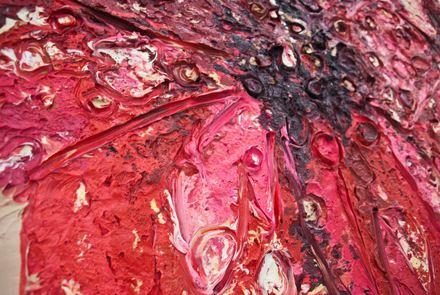 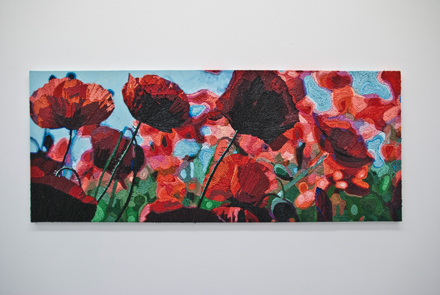 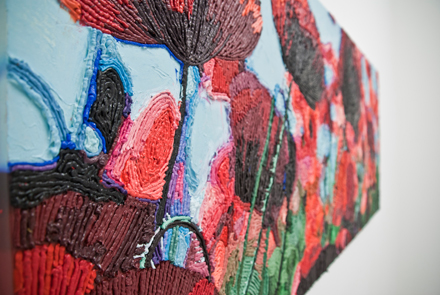 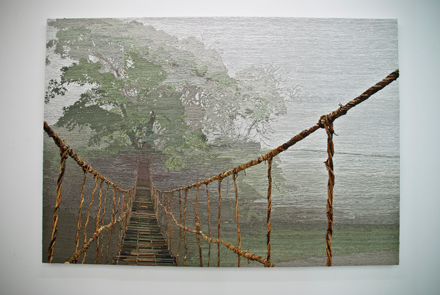 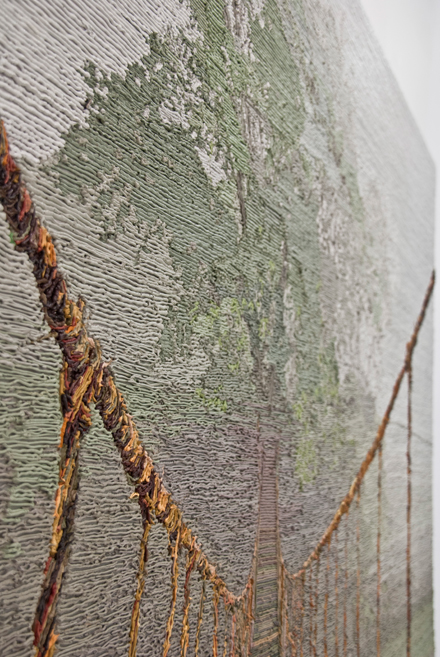 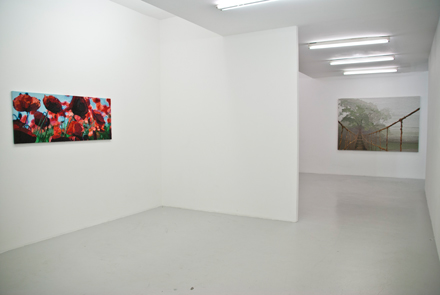 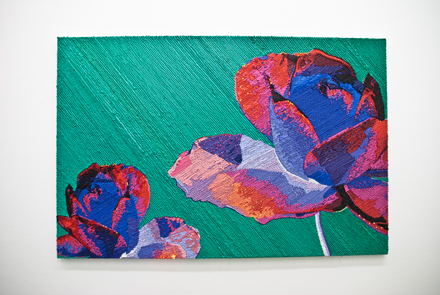 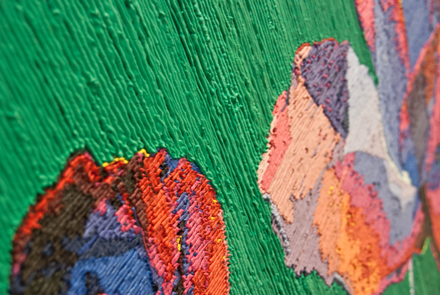 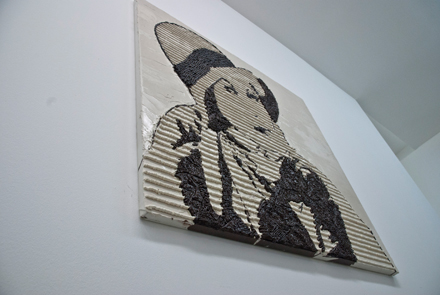 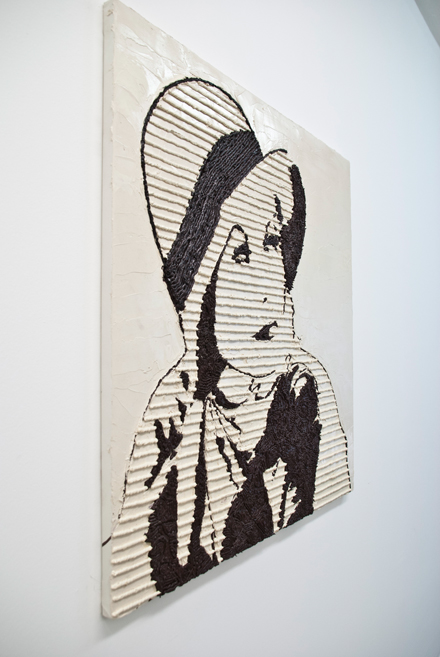 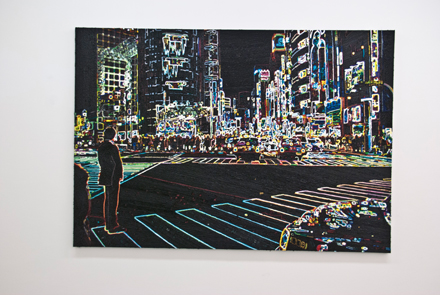 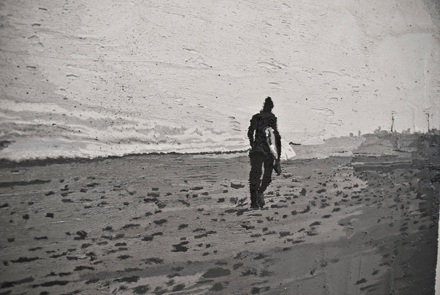 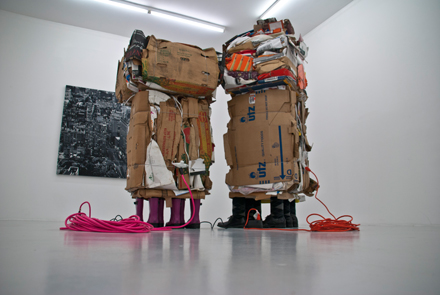 This entry was posted on Thursday, May 5th, 2011 at 1:09 am and is filed under AO On Site. You can follow any responses to this entry through the RSS 2.0 feed. You can leave a response, or trackback from your own site.