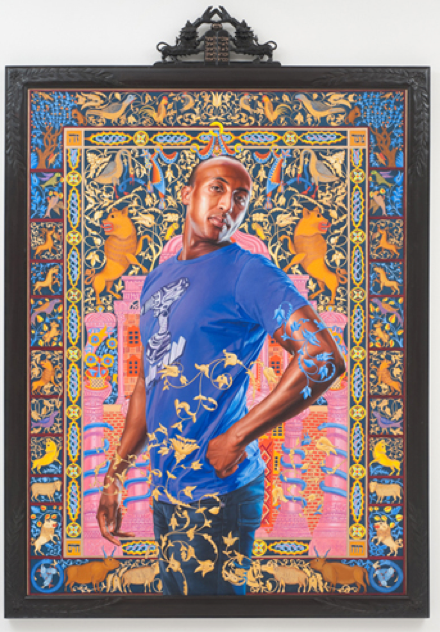 Roberts & Tilton presents a new branch of Kehinde Wiley‘s The World Stage series entitled The World Stage: Israel. The artist traveled to Tel Aviv and Jerusalem for inspiration for this particular set of works, which serve as a continuation of a dialogue on globalization that has included covered China, Africa, Logos-Dakar, Brazil and India. Wiley’s portraits of modern Israelis mix themes of classical portraiture with a sense of contemporary pomp. 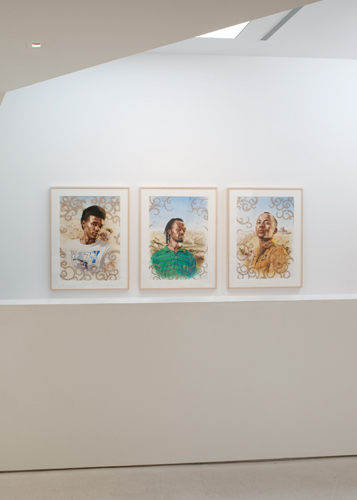 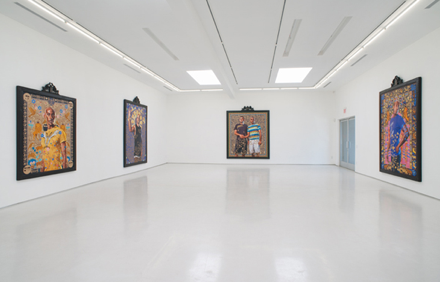 The World Stage Israel fills the gallery space with a sense of homogenized culture, incorporating urbanity, blackness, fashion and world iconage.  It comments on both the old and new, and how the bridge of American culture has made its way into Israeli consciousness. In doing this,  the accumulation and celebration of culture transcends one specific place or race:  it becomes part of the rhetoric of many.  Israel has a unique political and social importance to the world, as a Jewish state eternally divided, with strong bonds in America, the middle east and Europe. For these reasons, Wiley’s comment on Israeli homogenization feels all the more important on a global scale. 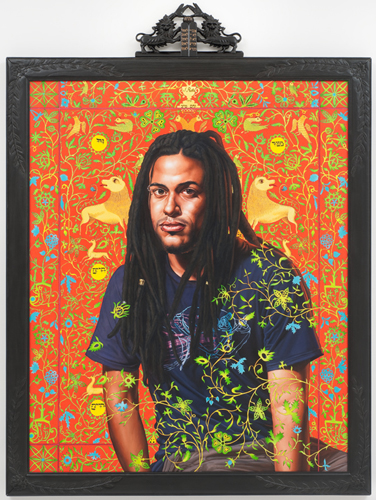 The merging of the old and new isn’t unique to Wiley’s work, however.  In this series, Judaic mysticism merges with the aformentioned homogenized rhetoric, creating a blanket of cultural significances.  The wooden frames and the papercuttings in many of the pieces point to Jewish religion and tradition. The icons such as the Lions of Judah and the Hands of Kohen imprint the pieces with a set code of tradition and culture, but are utilized to accentuate the subject, the portrait itself. Wiley hints that these cultural accoutrements are set to serve the exchange of identities and create a universal, unified global ideal. 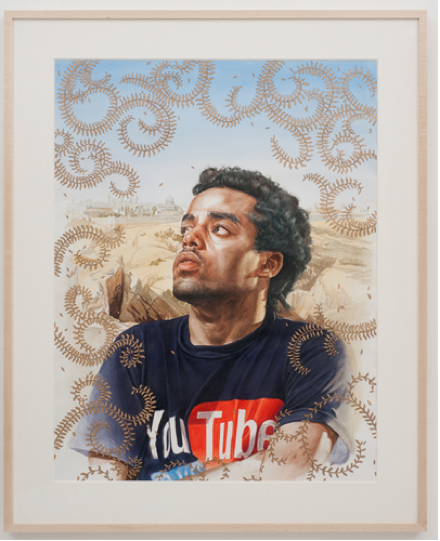 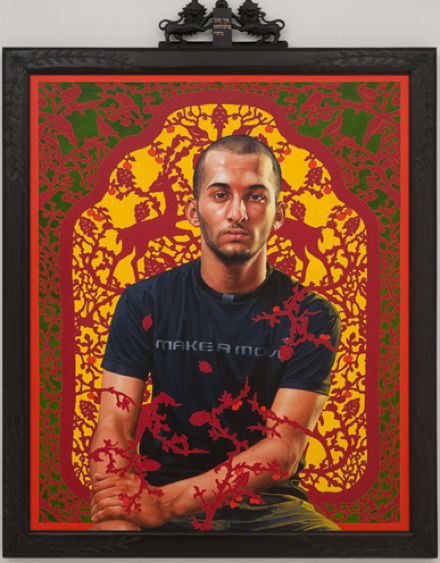 This entry was posted on Tuesday, May 17th, 2011 at 10:48 am and is filed under Go See. You can follow any responses to this entry through the RSS 2.0 feed. You can leave a response, or trackback from your own site.