AO On Site at the 54th Venice Biennale 2011: Preview (with photoset) of Lithuanian Pavilion 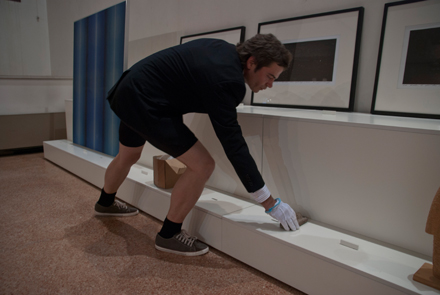 On Saturday, Biennale President Paolo Baratta announced the winners of the Golden and Silver Lions. One of the categories was for Best National Presentation, which went to Christopher Schlingensief’s posthumous German pavilion, but the judges gave an honorable mention to the Lithuanian pavilion. According to Baratta’s statement, their reason was “its conceptually elegant, and productively ambiguous framing of a nation’s art history.” Art Observed was on site for the performative installation. 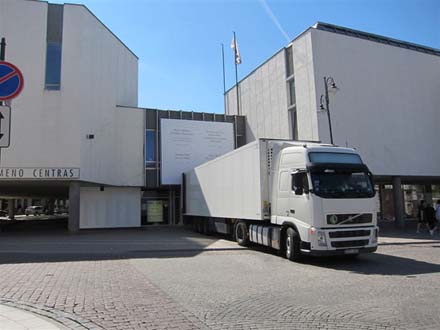 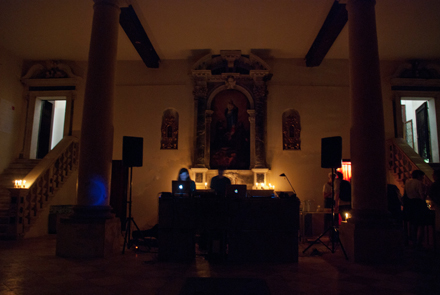 Inside the Lithuanian pavilion.

Central to this year’s pavilion was a hot debate about how state funding for artists should and could be used, and what kind of visual traces it leaves. It is a topic familiar to many contemporary artists who survive due to support from grants and stipends; artist Darius Mikšys wanted to explore Lithuania’s particular solution to this issue. In the exhibition, he asks important questions: Because Lithuania provides prizes and grants to artists for their continuing practice, should the state be understood as the curator? Should the exhibition be understood as symbolic, as an exhibition without walls? Are governments responsible for the transmission of cultural products? What would this kind of exhibition look like?

As a solution, Darius Mikšys (b.1969, Kaunas) created Behind the White Curtain, a meeting, salon, and exhibition of 173 artworks by artists who have received the State Grant from Lithuania’s Ministry of Culture over the last two decades (1992–2010). 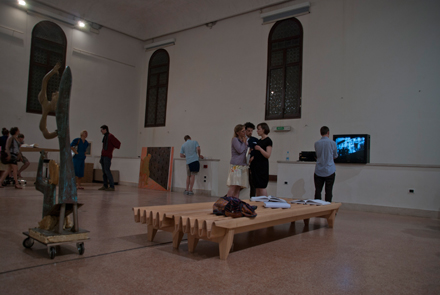 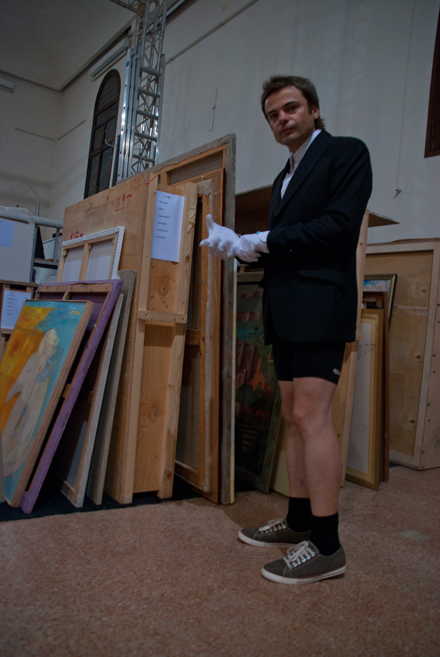 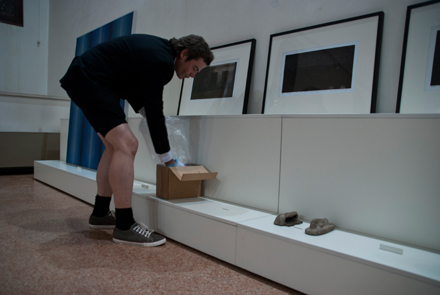 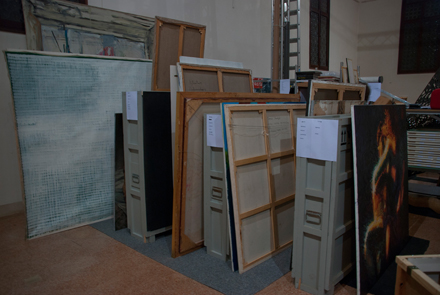 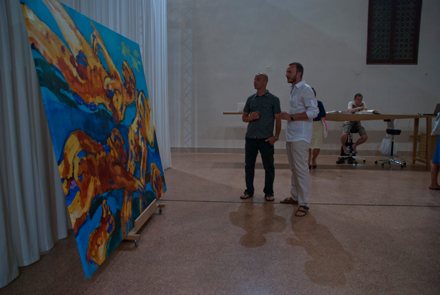 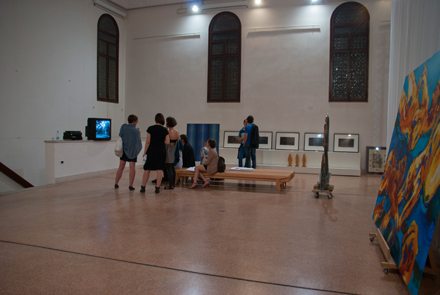 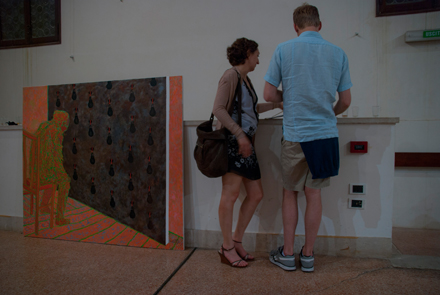 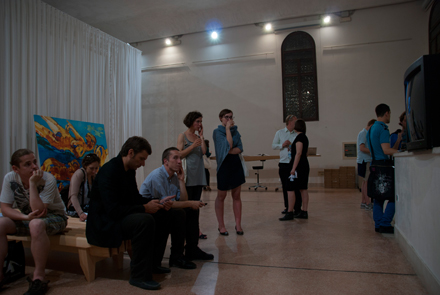 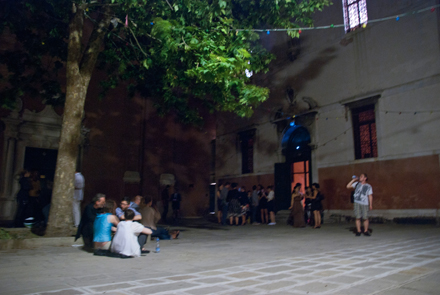 The Washington Post December 5, 1989 | Jean Carper There’s growing evidence that the oil in fish helps control the symptoms of psoriasis and may even ward off its painful itching in some cases.

Psoriasis is an inflammatory disorder in which skin cells are stimulated to grow abnormally fast. The cells pile up, creating elevated red, scaly patches that itch, burn and swell, sometimes excruciatingly. Psoriasis affects between 1 and 2 percent of the population-several million Americans.

Although some experts think fish oils may soon became part of routine therapy for psoriasis, they say more research is needed to determine proper dosage and safety.

The original clue that fish oil might be effective in blocking psoriasis came from a 1980 study by Danish physicians, noting that Greenland Eskimos, who are heavy fish eaters, have one-twentieth the incidence of psoriasis, compared with Danes.

Since then, several clinical studies have found that many psoriasis sufferers given fish oil capsules seem to improve. The first study, by Vincent A. Ziboh, professor of dermatology at the University of California School of Medicine at Davis, involved a group of 18 patients. After eight weeks of taking fish oil capsules, “60 percent of the patients demonstrated mild to moderate improvement of their psoriatic lesions,” said Ziboh. The most-improved patients also had the most beneficial ratios of fish oils in their skin and blood, an indication that the fish oil accounted for the improvement, according to Ziboh.

A scientific study of 28 patients at the Royal Hallamshire Hospital in Sheffield, England, published in the journal Lancet last year, also found “significant” benefit among psoriasis patients given daily fish oil capsules for three months, compared with those given identical-looking capsules of olive oil. (Both oils were flavored with peppermint to disguise the taste.) After two months and also after three months, the research team, headed by S.B. Bittiner, noted less scaling and redness, and in particular, less itching in the fish-oil group. go to site all fish oil benefits

The researchers termed the benefits especially notable considering the “modest” daily doses of fish oil-the amount in a single serving, or 5 ounces of an oily fish such as mackerel. They also speculated that the fish oil benefits might be boosted if patients ate lots of high-fat fish such as salmon, mackerel, sardines and tuna.

The latest research on the subject, by Danish dermatologists at the University of Aarhus, came out this year. In a group of 26 psoriasis patients who were put on a low-fat diet and also given fish oil capsules, 58 percent showed moderate or excellent improvement, 19 percent mild improvement and 23 percent no improvement. The fish oil worked best in patients with less extensive and less severe psoriasis.

The puzzle: How can eating the oils of fish influence psoriasis? Although the biochemistry is extremely complex, here is the general theory. As certain fats are metabolized, they give rise to hormone-like substances called prostaglandins and leukotrienes. Specific leukotrienes are regarded as potent promoters of inflammation, and scientists do find increased levels of leukotrienes in the skin of psoriatic patients.

Eating more fish oil seems to “cool down” or suppress production of the inflammatory substances within the cells, thus helping to curb inflammation and cell proliferation leading to psoriasis.

Dermatologist Ziboh is convinced that he will get a much higher success rate in future studies by juggling some of the ingredients in the fish oil. “The biochemistry is so complex that it calls for a very delicate balance,” he said. That’s why he also hesitates to recommend ordinary fish oil supplements to sufferers of psoriasis, although he believes that “there’s a possibility they can be useful.” He said there’s no way to tell whether fish oil capsules on store shelves are any good at all. They may be rancid and ineffective or may not have the right proportions of particular ingredients. “When we tested several fish oil supplements from health food stores,” he said, “we found many of them totally ineffective.” Ziboh advised people with psoriasis to check with their physician before taking fish oil capsules. in our site all fish oil benefits

Jack Yetiv, a California physician who recently wrote a review of fish oils for the journal of the American Medical Association, agreed that anyone taking fish oil capsules for psoriasis should be closely monitored by a doctor because of possible side effects and interactions with current medications.

On the other hand, most experts think moderately raising fish consumption is a good idea for psoriasis sufferers, as well as for most other people.

William Lands, professor of biological chemistry at the University of Illinois in Chicago and a pioneer in fish-oil studies, thinks eating fish may actually help prevent chronic diseases like psoriasis. He theorizes that regular small intakes of fish oils over many years strengthen cells’ defenses against repeated inflammatory attacks, thwarting the development of psoriasis.

Recent studies, he agrees, also indicate that fish oils appear therapeutic against existing psoriasis. But, he adds, it’s difficult to know the oils’ true effectiveness, not only because of the varying composition of the fish oils but also because such unpredictable factors as spontaneous remissions, common in psoriasis, may cloud research findings.

This entry was posted on Sunday, June 5th, 2011 at 4:07 am and is filed under AO On Site. You can follow any responses to this entry through the RSS 2.0 feed. You can leave a response, or trackback from your own site.

One Response to “AO On Site at the 54th Venice Biennale 2011: Preview (with photoset) of Lithuanian Pavilion”