AO Onsite – New York: Opening of Friends With You, “:)” and the inauguration of the The Hole Gallery on Bowery – June 9th, 2011

Kathy Grayson at her opening

Miami – based art collective “Friends With You” will open their first exhibition “:)” in New York tonight at The Hole.  Friends With You create work in a variety of mediums including sculpture, animation, publishing and performance art.  The collective is commercially successful as well, creating advertisements for companies such as Target and Match.com and additionally create highly prized limited edition toys and objects. The show will take place in The Hole’s sizable new gallery space on 312 Bowery (corner of Bleeker) which has yet to be opened to the public. To celebrate the newest 10-block addition to the Highline, Friends With You have also taken over the raised park on the West side, filling the area with their signature larger-than-life cartoon figures. The installation, entitled “Rainbow City”, is fully interactive and includes a pop-up shop where a new line of toys will be sold.

More text and images after the Jump…

Image via Friends With You 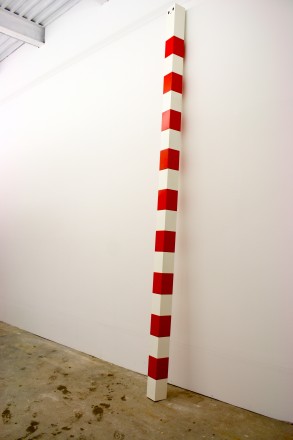 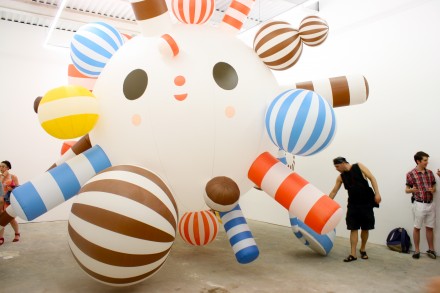 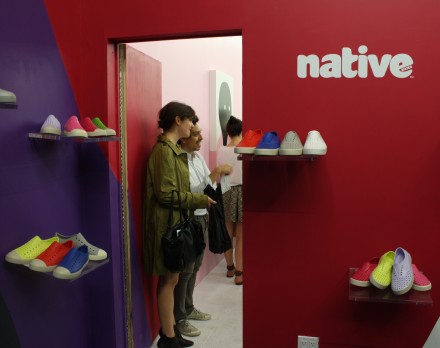 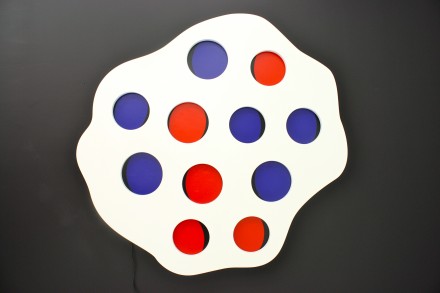 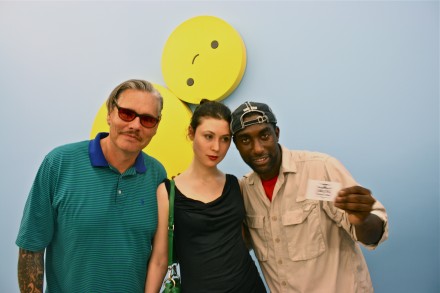 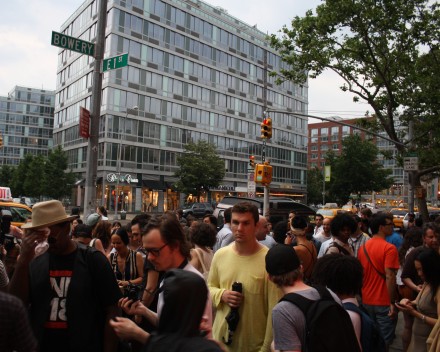 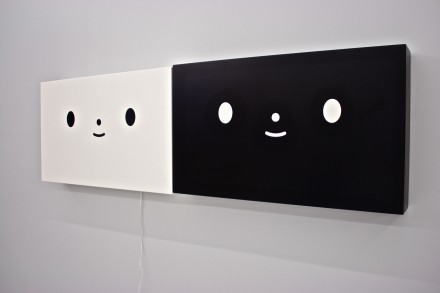 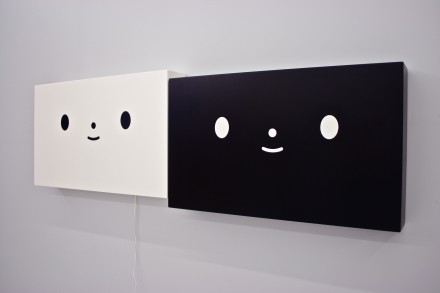 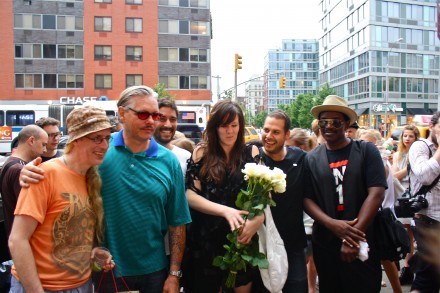 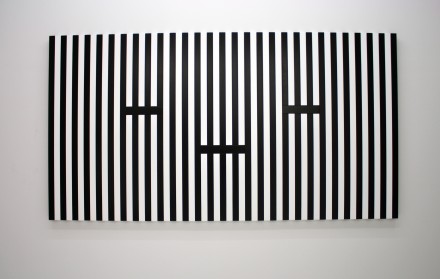 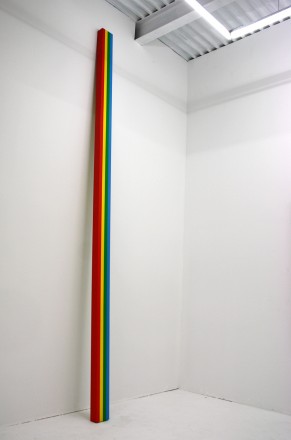 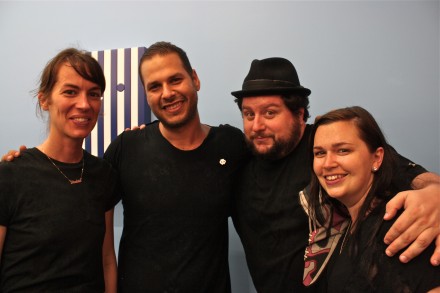 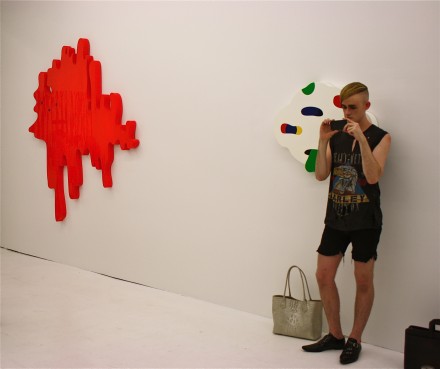 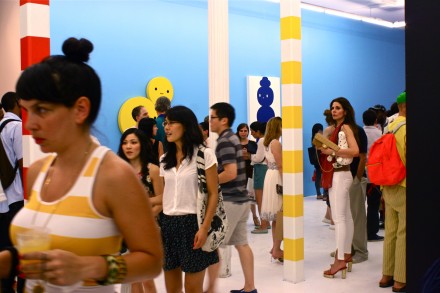 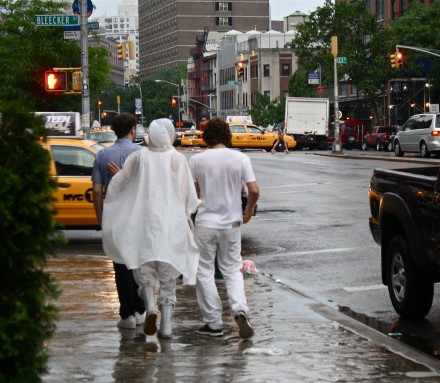 Terence Koh makes a swift exit early in the evening 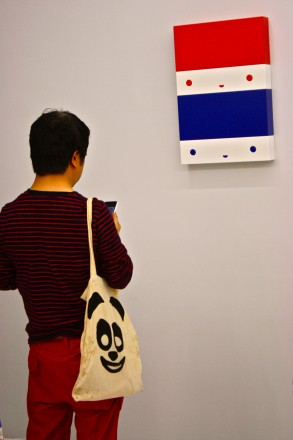 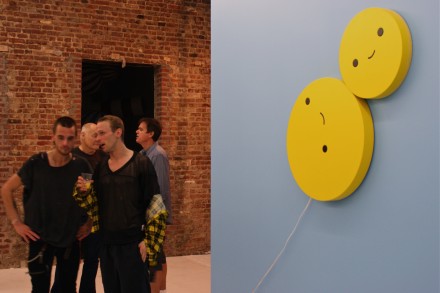 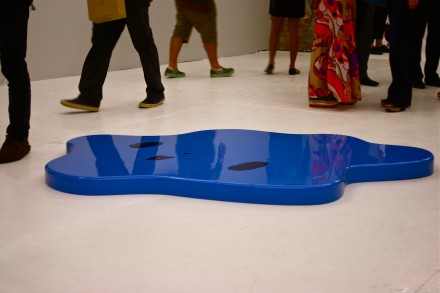 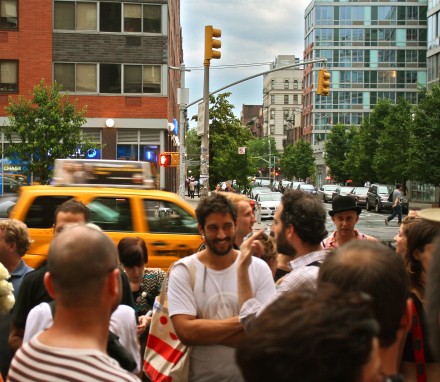 Arturo Sandoval with signature Friends With You Tote 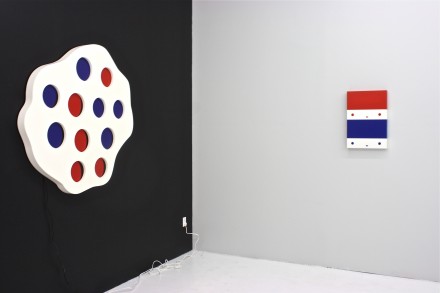 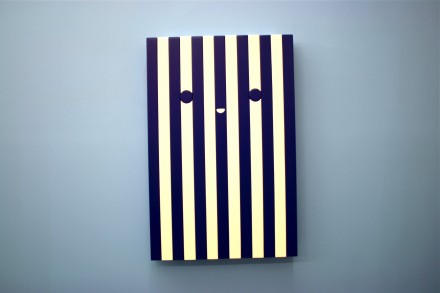 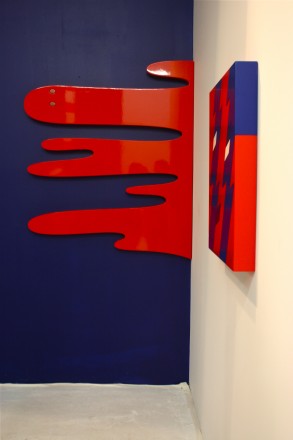 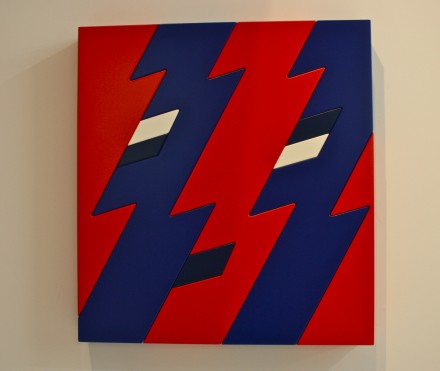 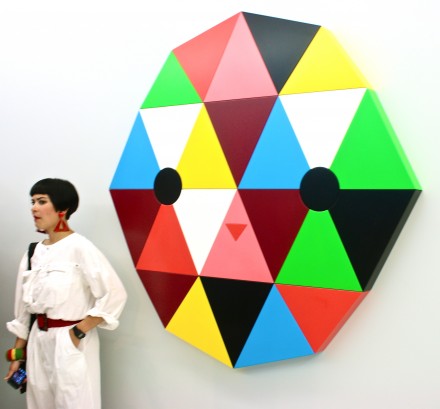 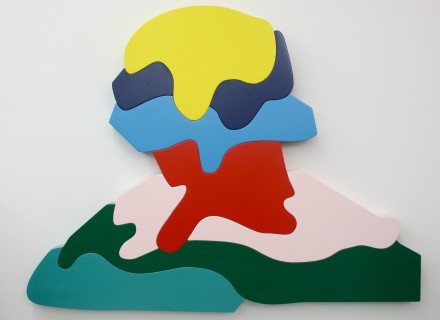 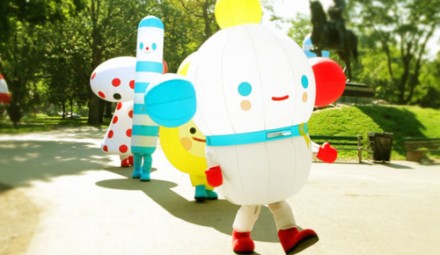 Image via Friends With You

“Friends With You” was formed in 2002 by computer animator Sam Borkon and designer Arturo Sandoval III with help from Melody Lisman,  the booking agent for acclaimed trumpet maestro Arturo Sandoval Sr (Arturo’s father). Dissatisfied with the banality of computer design, Borkon and Sandoval turned their focus towards hands-on production and innovation. “Because computer art is like cooking in a microwave now, there’s a trend toward doing stuff by hand” explained Arturo Sandoval in an interview with Miami New Times, in 2003, when the group was still in it’s infancy. Since then Friends With You has created installations at MOCA and the Scope Art Fair at Basel Miami. When Friends With You was invited to design Scope’s VIP lounge, they decided to add a sense of lightheartedness to the fair in order to diffuse the sense of pessimism inflicted by the economy. The installation, entitled “Fun House” included a restaurant, bar, a t-shirt stand and not to mention a huge bounce house. 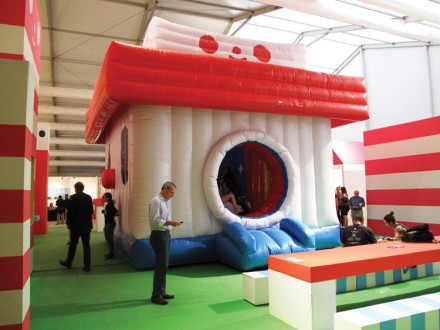 A shot of “Fun House” at Scope Art Fair, Basel Miami 2008 (Image via Friends With You) 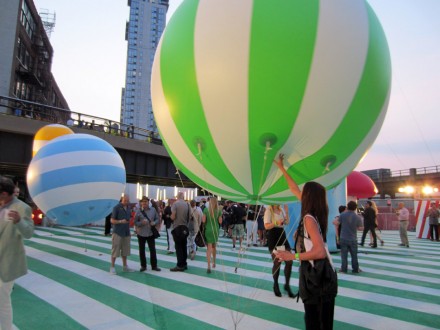 In a video interview with The Feast, Sandoval and Borkon explain how they intended for Rainbow City to inject some life into the city’s atmosphere and creative a positive setting. Borkon describes how he wanted to the figures to have a life-like presence: “we chose inflatables because they’re full of air, they’re breathing”, he explains. Sandoval adds that the installation  was intended as “a prism of color exploding in the city, a burst of energy emanating from this little garden we put up”. The 16,000 square foot space will feature various interactive inflatables, as well as another bounce house for “adults”. 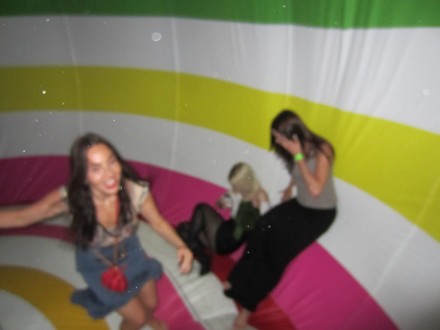 (via Art From Behind)

The Hole, opened by former Deitch Projects directors Kathy Grayson and Meghan Coleman, began as a attempt to create an alternative type of gallery, exhibiting experimental shows and displaying new artists, in order to “fill a hole in the downtown community” (via The Hole). The gallery space, previously established on Greene Street, will open it’s new location to the public tonight with the opening for “:)”, which takes place from 7-9 pm.

Meghan Coleman and Kathy Grayson (Image via The Hole)

This entry was posted on Saturday, June 11th, 2011 at 10:26 pm and is filed under AO On Site. You can follow any responses to this entry through the RSS 2.0 feed. You can leave a response, or trackback from your own site.

One Response to “AO Onsite – New York: Opening of Friends With You, “:)” and the inauguration of the The Hole Gallery on Bowery – June 9th, 2011”