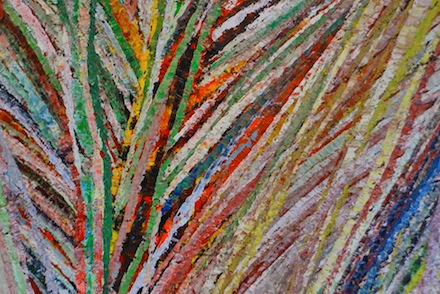 Pulling visual and technical elements of different past works into a single series, Mark Grotjahn has mounted his latest groupings of face paintings at Anton Kern Gallery. The exhibition comprises nine large-scale pieces that project highly stylized elements of the visage. Nine Faces is on view through June 25. 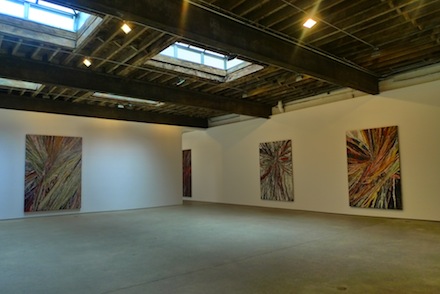 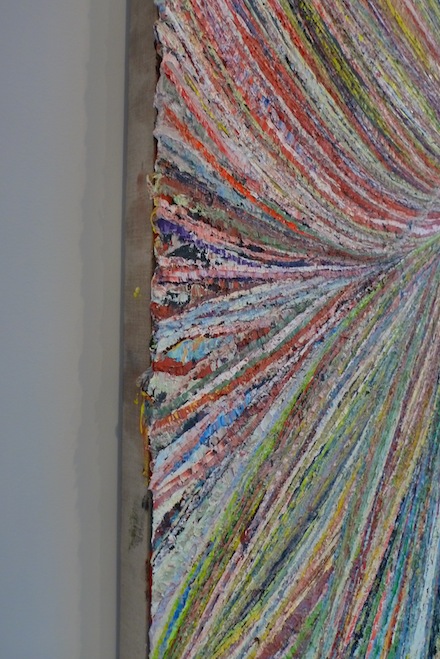 For Nine Faces, the artist continues with his exploration of the eyes, nose and mouth through simple geometries. However, unlike previous monochrome sets, the nine paintings on view are saturated with thick, extended flourishes of oil that is set closely against varying colors.  Technically, the works are produced by heavy strokes of oil on cardboard that is then mounted on linen.

The large paintings shown here straddle representation and abstraction, referencing elements of Jackson Pollock’s expressive, and turbulent use of media while considering Frank Stella’s orderly, serial lines and color patterns. Together, these paintings show an effort that is representatively reductive, formally sequential, and visually expansive. 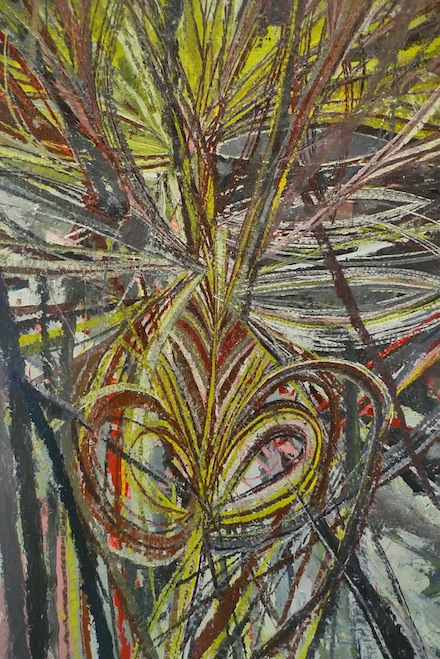 Grotjahn has had solo shows at the Los Angeles Hammer Museum, Blum & Poe, Takashi Murakami’s Kaikai Kiki Gallery in Tokyo. This is his third show at Anton Kern Gallery.

This entry was posted on Thursday, June 23rd, 2011 at 2:15 pm and is filed under Go See. You can follow any responses to this entry through the RSS 2.0 feed. You can leave a response, or trackback from your own site.