Don’t Miss – New York: “We Regret to Inform You…” at Martos Gallery through June 18 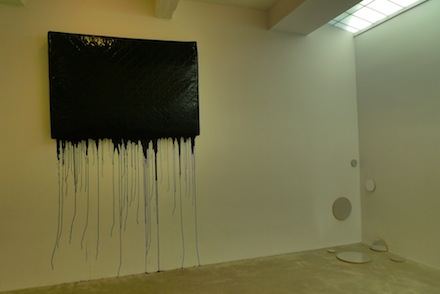 Closing this week is Martos Gallery’s group exhibition We Regret to Inform You There is Currently No Space or Place for Abstract Painting. With a title sounding like a submission response dating from earlier half of the 20th century, the exhibition includes a significant amount of abstract painting. It also shows mixed media installation and slightly representational wall pieces.

More text and images after the jump.. 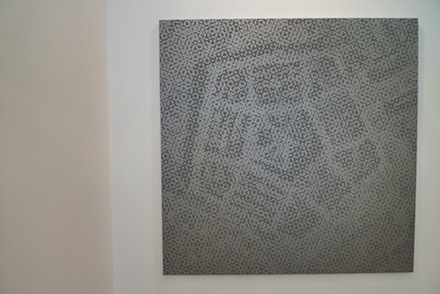 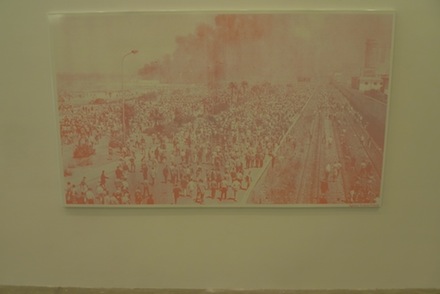 Opposite the gallery’s street window is Wayne Gonzales’s Grey Pentagon, an acrylic on canvas work covered in oversize Benday-like dots that from afar construct an aerial view of the US intelligence hub. To its left is mounted Lincoln Tobier’s warm pink June 14/June 18, 2001. The large enamel on metal work also references printed paper and is clearly a large reproduction of a photojournalistic image owned by AFP.  The date referenced, however, is unharmonious with any such public demonstration or movement that the image clearly represents. 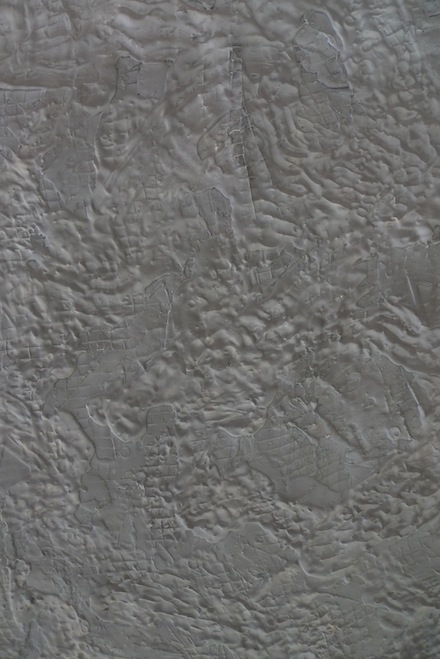 Ben Schumacher’s brilliantly disarming works of mixed media on canvas question any stable understanding of surface and feel, as the combination of plaster, cement, latex, and netting produce a visual that appears both flat and incredibly textured.  In the rear gallery, one of Jim Lambie’s enamel-bleeding mattresses is situated in seeming conversation with Lisa Beck’s panel arrangements that similarly succumb to gravity’s woes, moving from wall to brushed-concrete. Across the two arrangements, one eye-catching work is also placed leaning from the ground. Devina Semo’s THEIR NOSTRILS SNIFF THE ORGY BEHIND THE WALL OF FLAME AND STEEL recomposes concrete and safety glass by way of its own fractured state. 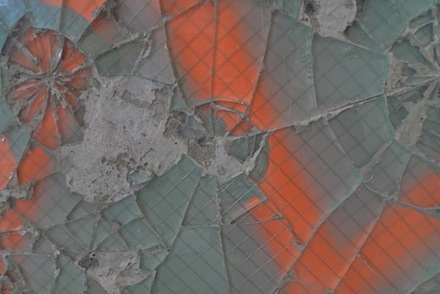 This entry was posted on Thursday, June 16th, 2011 at 12:30 am and is filed under Go See. You can follow any responses to this entry through the RSS 2.0 feed. You can leave a response, or trackback from your own site.