Patrick Painter, Inc. is currently hosting an exhibition featuring the Canadian artist, Rodney Graham.  As part of the Vancouver School of the 1970s and 1980s, Graham’s artistic practice is grounded in photoconceptualism and  although he works primarily within photography based tradition, Graham has explored a wide range of media including painting, silkscreening, and film. A diverse selection of his work is on display though July 2nd. 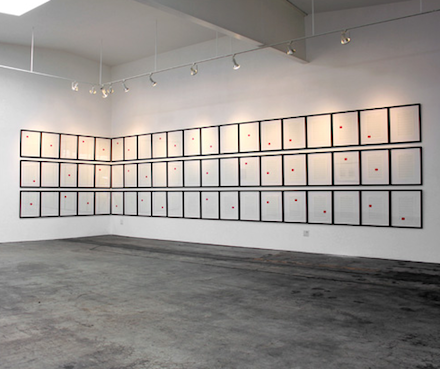 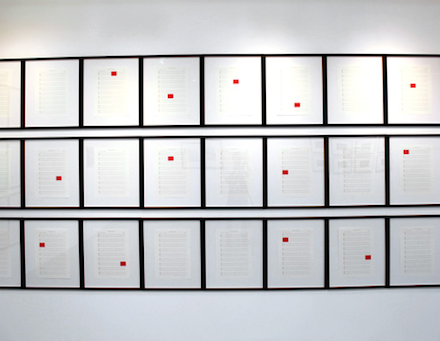 School of Velocity is the show’s largest work. Composed of 48 parts, each silk-screened print represents 15 minutes of music, adding up to a total of 12 hours and based on Galileo’s Law of Free Fall, re-interpreted into musical form. The initial inspiration came from a 1978 article in Scientific American Magazine in which Stillman Drake posits a link between Galileo and music: Galileo’s father was a composer, and Drake argues that this musical influence and knowledge subconsciously impacted Galileo’s experimental process and methodology.  Such references are common in Graham’s work, as he is known for engaging with literary, philosophical, historical, and musical sources in his art. 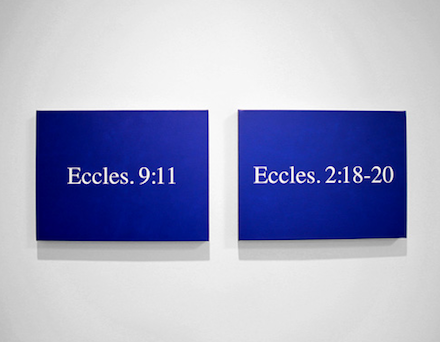 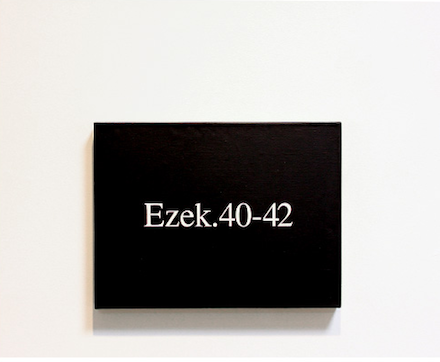 Coruscating Cinnamon Granules is another multi-part work. Each photogravure print was originally from one of Graham’s films. Appearing almost as constellations of stars, the images actually show the effect of cinnamon spice spread over the metal spiral of a kitchen stove burner.  The film captured the reaction of the two elements when the stove was turned on. Coruscating Cinnamon Granules speak to Graham’s ongoing interest in negative cinema. 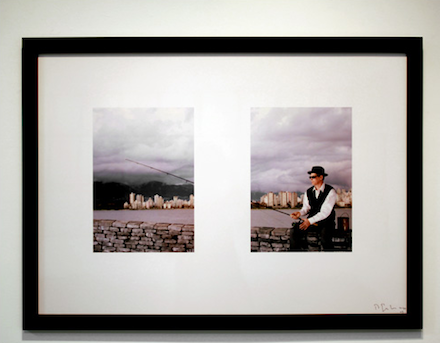 Rodney Graham, Fisherman on the Jetty (2003)

The works featured at Patrick Painter give insight into the idea heavy conceptualism and intellectualism of Graham’s art. But Graham is also involved in projects that extend beyond the boundaries of gallery walls, as a musician and member of a rock band. In May 2011, Graham was awarded the Audain Prize for lifetime achievement in the visual arts. The Audain is the Canadian province of British Columbia’s highest and most prestigious visual arts award. 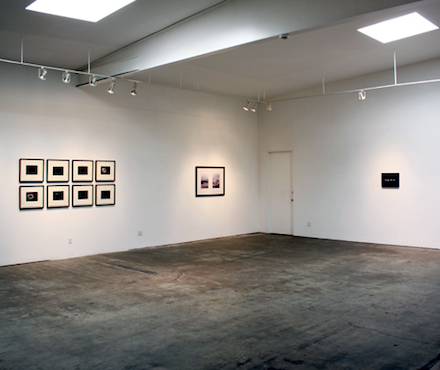 This entry was posted on Wednesday, June 29th, 2011 at 1:00 am and is filed under Go See. You can follow any responses to this entry through the RSS 2.0 feed. You can leave a response, or trackback from your own site.