Chinese Take Out is non-profit Art in General‘s latest new commission, presented by artist Jason Bailer Losh.  Seven restaurants in New York City’s Chinatown were asked to loan an object or image that pays homage to mainland China as well as reflecting the immigrant experience of attempting to create a ‘home away from home’.  The collection of displaced artifacts are on display at Art in General’s gallery on Walker Street, while ten artist-produced site-specific installations are being displayed in the restaurants original objects were removed from.

The two-part exhibition explores the complicated relationship of shifting identities and sense of belonging as people adopt new spaces as their own, while bringing along relics of their past.  As viewers navigate the neighborhood to unearth the various artworks, they witness the cultural vibrancy of Chinatown and discover how the locals have reconstituted objects and images to serve as reminders of home.

‘Chinese Take Out’ exhibition at Art in General

The project was conceived when Losh returned from his time in Beijing and took over two years from conception to execution.  Working in conjunction with Wellington Chen, Executive Director of the Chinatown Partnership, Eddie Chiu of Lin Sing Association and a translator, Losh spent much time in the neighborhood talking with restaurant owners, requesting items of personal or cultural significance, and ensuring that the artists’ chosen medium paired well with the select locations.

According to Courtenay Finn, Assistant Curator at Art in General, “some of the items [Losh] pointed out as suggestions, [the owners] would not part with – it would mess up the Feng shui or the items were too precious to let go.” 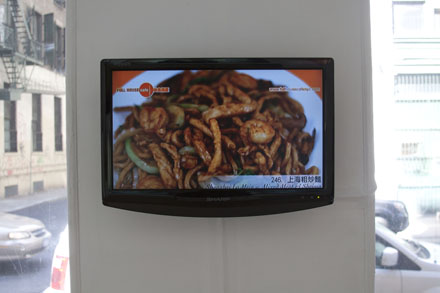 ‘Chinese Take Out’ exhibition at Art in General 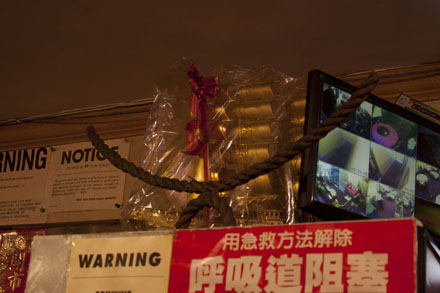 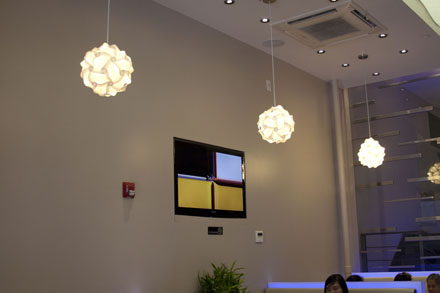 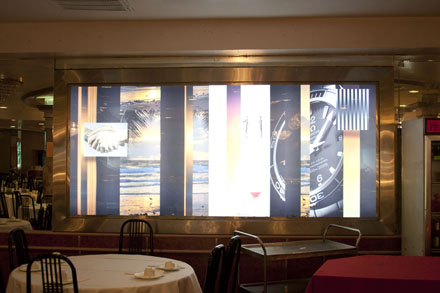 Originally from Iowa, Losh currently lives and works in New York.  His work has been shown at the Aqua Art Fair in Miami and the Armory Show in NY.  In 2008, he was the recipient of the Emerging Artist Fellowship at Socrates Sculpture Park, NY. An artist-led tour will depart from Art in General located at 79 Walker Street, New York, NY 10013  on Saturday, June 11 at 1PM.

This entry was posted on Tuesday, June 28th, 2011 at 9:26 pm and is filed under Go See. You can follow any responses to this entry through the RSS 2.0 feed. You can leave a response, or trackback from your own site.