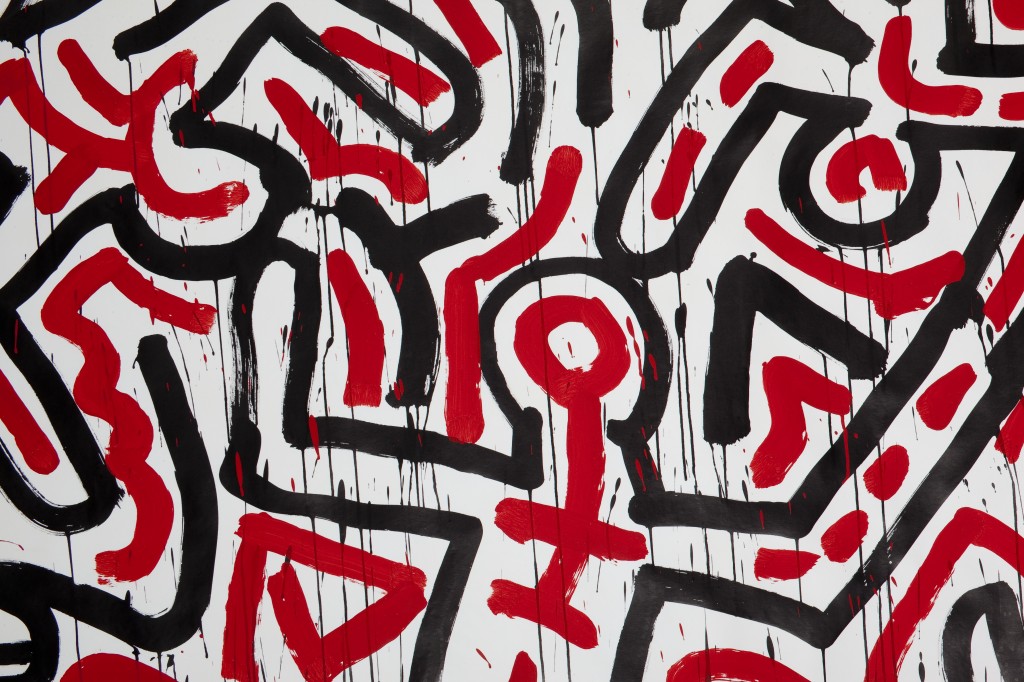 A solo show of Keith Haring’s work is currently on view at Gladstone’s 21st street Gallery in New York. Haring, a major influence on New York public art, produced in his short lifetime an impressive body of work.  Both drawings and paintings were executed with a boldness that distinctively blended figurative work with abstraction.  His signature cartoon-like figures are composed purely of out-lines and possess not only weight but a sense of movement and vibrancy.

Though Haring purposefully steered clear of a profession in graphic design, his work is innately graphic and he himself did not shy away from making his art accessible to the general public through . Known for his New York City murals, the large-scale works in this exhibition have the same pulsating quality, as if they too were created on a wall on Houston or FDR Drive. One such work in the show, Untitled 1982, which measures approximately 9 x 10 ½ feet, resonates with the sounds of Haring’s New York of the 80s even in the quiet atmosphere of the gallery.

Of particular interest in Gladstone’s first exhibition of Haring’s work are the three mural-esque paintings which have a significant cultural history, steeped in the Downtown art scene in which Haring was involved. These pieces were “created in conjunction with a series of Bill T. Jones performances held in 1982 at The Kitchen…Executed in real time during Jones’ dance performances—functioning as active set pieces with the sound of Haring’s brushstrokes serving as the only audio accompaniment…” Even in their creation these works embodied the merging of sound and the visual.

Not only did Haring make his work accessible as street art, he also opened his self-run Pop Shop in 1986, which was filled with reproductions and Haring souvenirs such as T-shirts, posters, and magnets. In light of his public persona it is interesting to have the opportunity to see the large-scale works alongside pages which have been literally ripped from his sketchbook. Instead of the rowdy city-vibe of the three large works, the sketchbook drawings oscillate between meticulous pen and ink drawings and more frantic though still controlled graphite on paper drawings. The sketchbooks provide an intimate view of a very public artist. When Haring wasn’t creating in front of his ever-present audience, New York City, these are what he created. 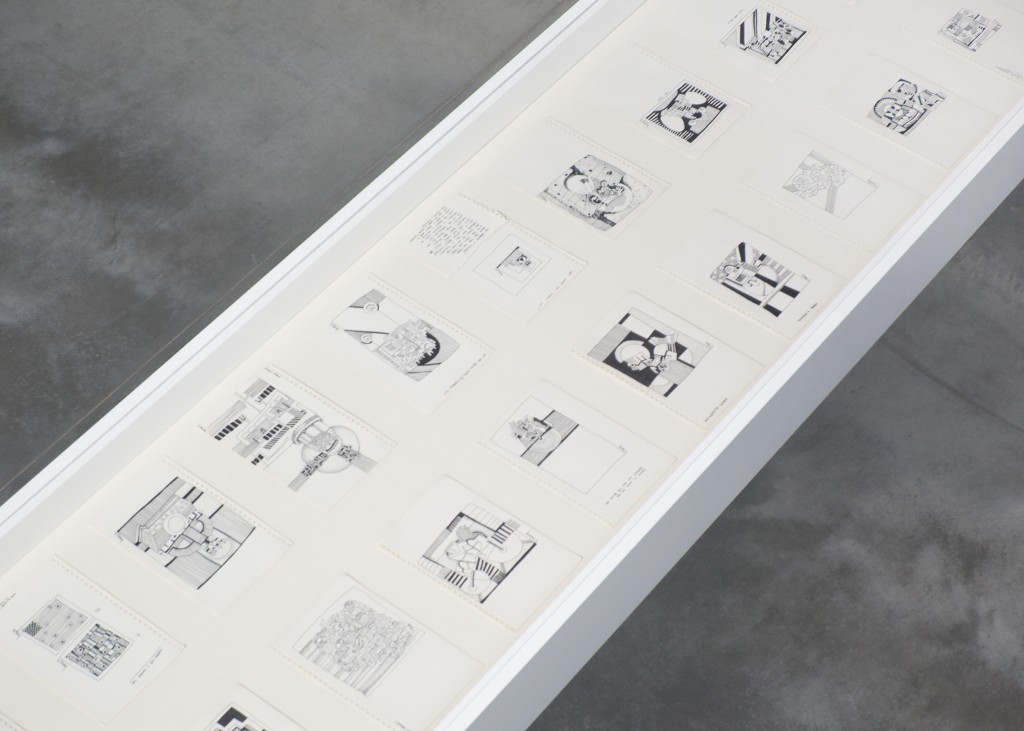 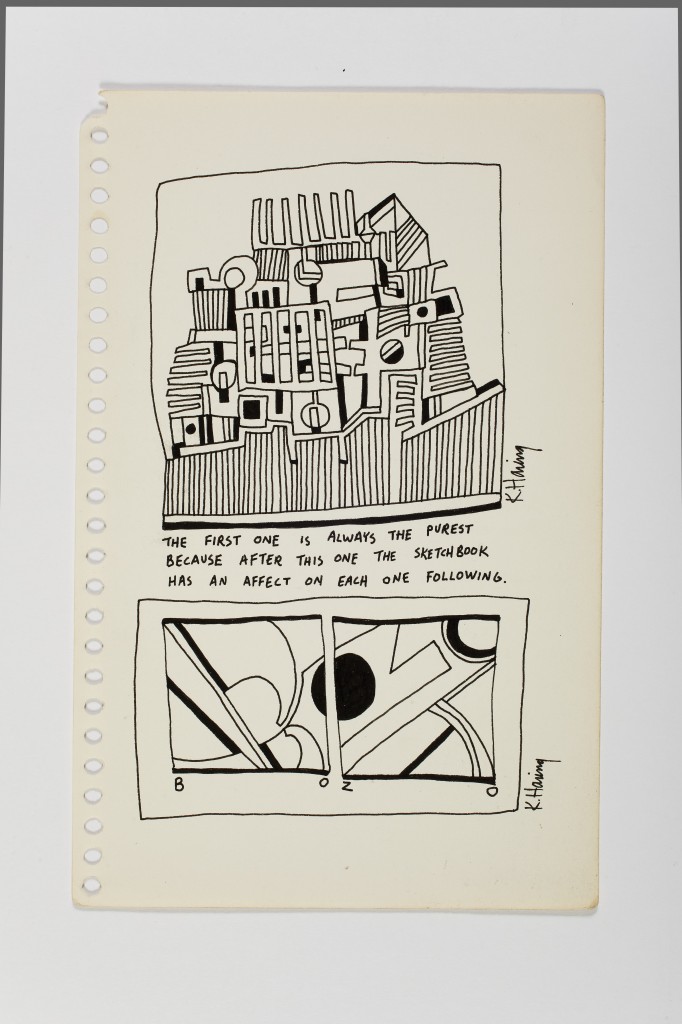 Especially poignant is the first page of his sketchbook, where, sandwiched between two drawings, is the following text. “The first one is always the purest because after this one the sketchbook has an affect on each one following.” Without the parameters of time, weather, or location, an empty sketchbook could prove daunting even for the art world’s master doodler. 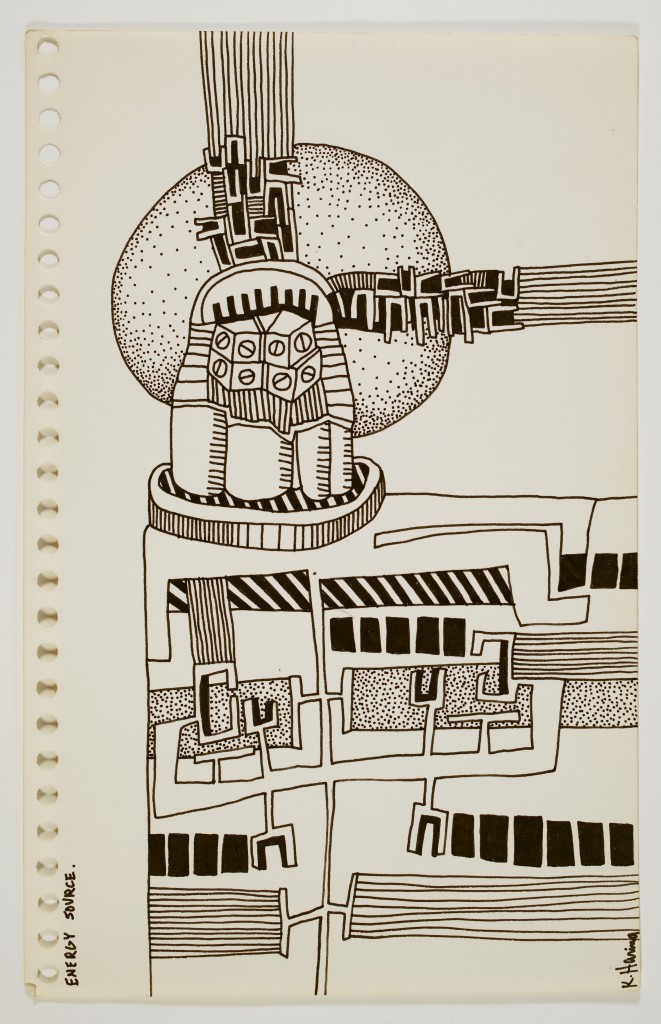 Sketchbooks are often interesting windows into the artist’s thought process, and the pages therefore become like artifacts. A closer look at each drawing shows that the regular Haring iconography is not present.  There are none of the undulating caterpillars, crucifixes or figures. Instead the drawings, especially the pen and ink, feel tighter and have a sense of restraint. It is intriguing that an artist whose work feels so spontaneous and uninhibited is so controlled in his “sketches,” but though the execution is different, their quirky and imaginative qualities exude Keith Haring.  The show opened May 4th and will be up until the 1st of July. 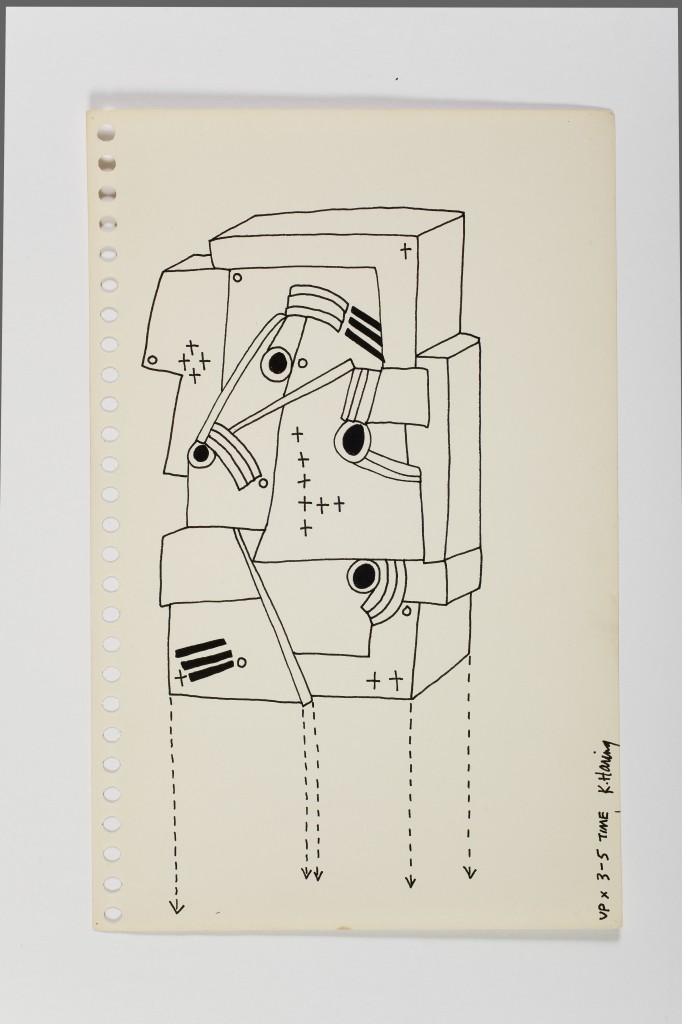 A lifelong resident of North Bellingham, she attended Bellingham High School. She was a dispatcher for the New Haven Railroad and then worked at the Packard Mills in Caryville for 18 years. She retired as a machine operator for USM Corp. in Medway in 1965.

She was a member of St. Brendan’s Church in Bellingham and the former Irish Round Tower Club in Milford. She enjoyed traveling to Ireland with her husband, the late Frank Lewinsky, to visit her family.

She was the sister of the late Margaret E. Higgins, John B. Dore Jr., and Marie Tuttle.

A funeral Mass was said Monday in St. Brendan’s Church. Burial was in St. Joseph’s Cemetery in Medway.

Arrangements were handled by Ginley-Crowley Funeral Home in Medway.

This entry was posted on Saturday, June 25th, 2011 at 11:37 pm and is filed under Go See. You can follow any responses to this entry through the RSS 2.0 feed. You can leave a response, or trackback from your own site.