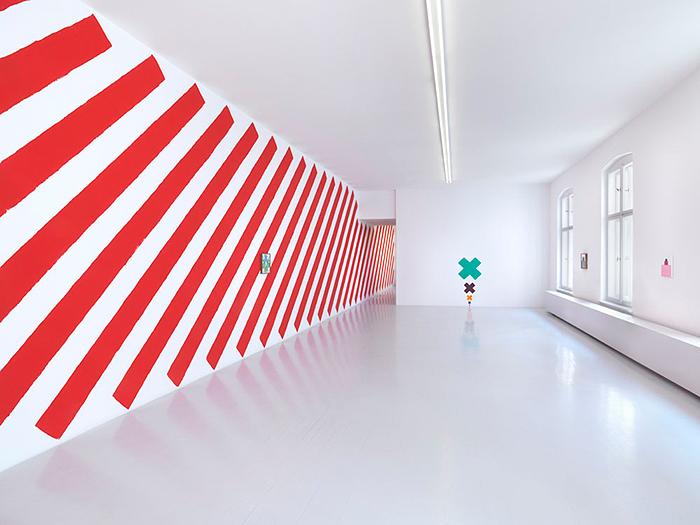 Martin Creed’s solo exhibition ‘Paintings’ is approaching its final weekend at Johnen Galerie Berlin. Known primarily for his cheeky sculptural works, Creed’s Berlin show is made up of a sincere selection of paintings in which the artist uses his physical materials and certain formulas to dictate the resultant artworks. 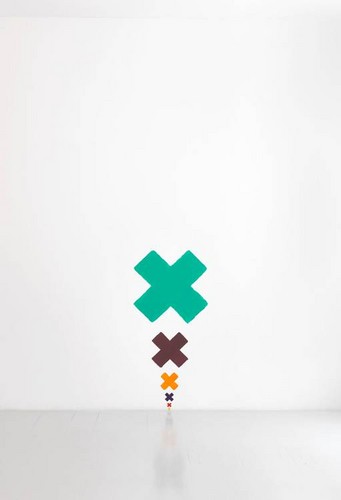 “Paintings” includes paintings both on canvas and painted directly on the wall, which are made up of a variety of mediums; in any single work a combination of paints could be used, including acrylic, enamels, inks, emulsion, oils and watercolors. However, the works in the show are united by their bold use of color, and seeming exploration both of positive-negative relationship and geometric form. 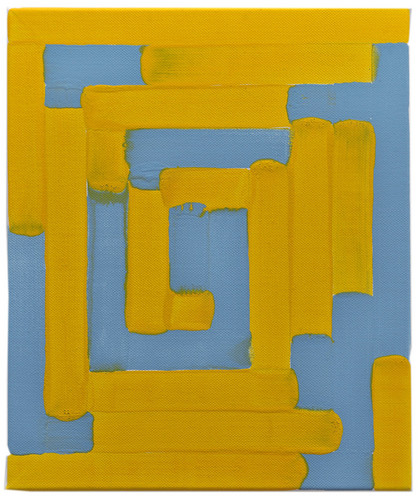 Creed has stated that the process of the work shown here is heavily dependent his own self-imposed sets of instructions. He recently explained to Paul Morley of the UK Guardian that his recent paintings can be seen as an experiment with the use of ratios and measured brushstrokes, such as in a work in which the artist uses “a packet of brushes…the biggest brush goes along the bottom of the canvas and the other brushes successively pile on top of the one below.  The ones on top are just miniaturizations of the one below.” Even the single work at the Johnen Galerie show not made up of geometric forms and straight lines (Work No. 1215) was created by a formulaic process of printing the canvas over acrylic paint squeezed directly onto a palette, such that the medium is allowed to determine the form. However, as opposed to the practice of conceptual artist Sol LeWitt, emphasis is placed on the actual finished art 0bject; during the same interview as quoted above, Creed explained that the work “…has to be made…just like a piece of music has to be made. The music is the thing, and the instructions are just a means to help you make the thing.” 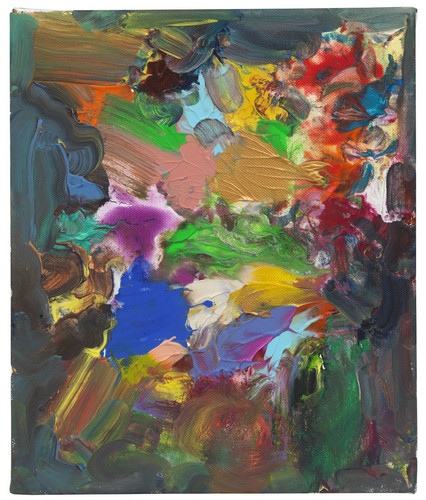 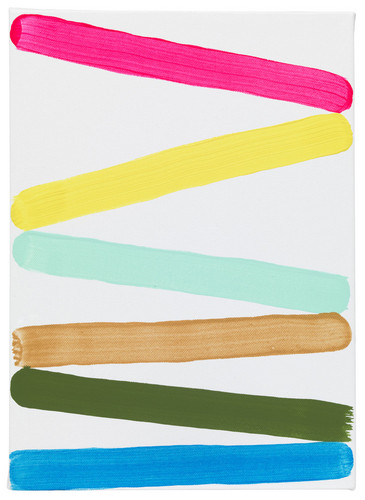 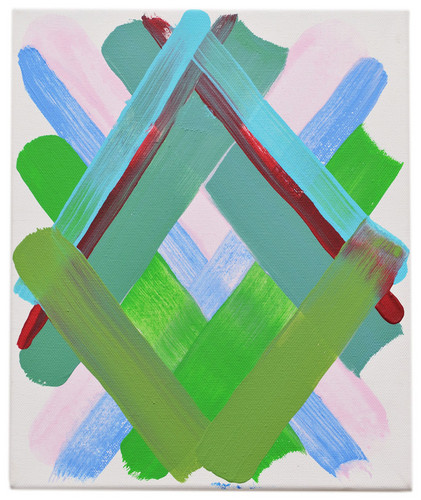 Martin Creed became well known winning the Turner Prize in 2001 for Work No. 227: the lights going on and off, an installation consisting of an empty room in which the lights automatically turned on and off, which was criticized at the time for its inscrutability. Ten years later, Creed still insists that his process follows an artistic impulse of creating as subconscious action (as he says, “it is probably better not to think,”) which can be seen as related both to surrealist automatism as practiced by Andre Breton and Abstract Expressionism’s credo of visceral creation. He has cited the influence of German painter Gerhard Richter, “…who said ‘I want my art to be stupid like nature.’ And that’s a quote I often think of. A thought that you could make something that’s just kind of weird and that you don’t understand.”

This entry was posted on Monday, June 20th, 2011 at 10:30 pm and is filed under Go See. You can follow any responses to this entry through the RSS 2.0 feed. You can leave a response, or trackback from your own site.