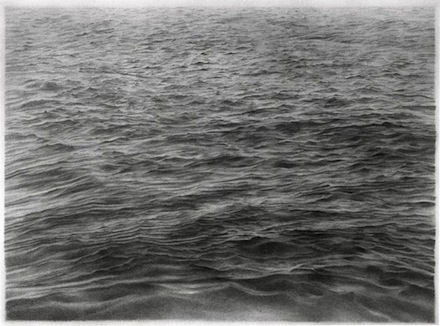 The Museum Ludwig is presenting a comprehensive solo exhibition of Vija Celmins‘ works, titled “Desert, Sea and Stars.” This show will run through July 17th, and consists of sixty works by the American-Latvian artist, among them her graphite-on-paper depictions of minuscule subjects as spiderwebs or shells, and fragments of vast landscapes. Celmins’s use of photographies as the models for these drawings, gives a hint into her approach to the ideas of the sublime and transient in nature; where the frailness of objects, and the ongoing movements of wind and sea, render those captured glimpses as irrepeatable. 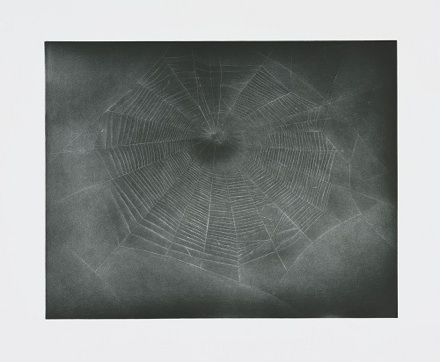 There is also an inherent interplay on Celmins’s subjects of representation, which elaborates on her particular approaches to the medium’s flat surface and restrictive dimensions.  When the artist portrays fragments of unbounded bodies– the sea, the sky, and the desert–she appears to attribute them a high mass-density and impenetrability, in this way accentuating these surfaces as the limit of deepness. 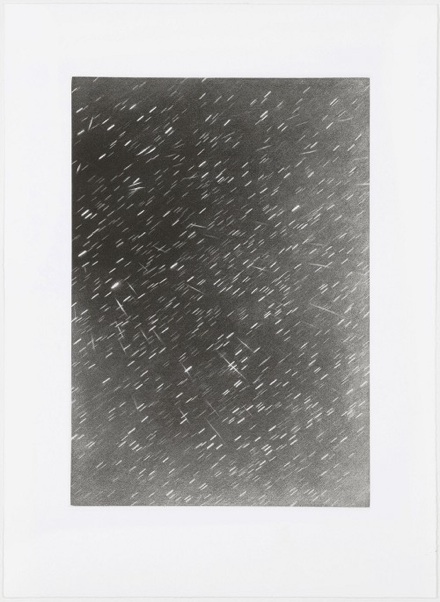 A sensation of impossibility of the representation comes from the medium’s all-covered surface, as the lack of motifs–besides an intuitive determination of the reliefs and undulations’ scale–maps the portrayed landscape way beyond the presented perspective and appeals to the imagination while remaining uncertain. In contrast, in the spiderweb drawings, Celmins’s delicate stroke captures the translucent, almost ethereal quality of the webs, revealing an organic multitude of silhouettes. The wholeness of the structures imbricates with dim backgrounds that highlight the web’s dimensions, giving notions of specificity and self-containment. 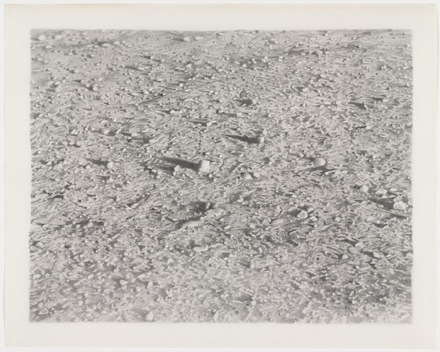 In interviews, Celmins has claimed that, regardless of being part of the 60s generation, she attempts to efface any trace of a political discourse on her work’s production. Her concerns are more oriented toward the aesthetic aspects of painting and depiction, and she visualizes her pieces as in a perpetual state of improvement. However, the slight variations–which could technically be categorized as faults–give the works a candid quality, while at the same time distorting the idea of precise reproduction being their ultimate intention.

This entry was posted on Friday, July 8th, 2011 at 1:46 am and is filed under Go See. You can follow any responses to this entry through the RSS 2.0 feed. You can leave a response, or trackback from your own site.