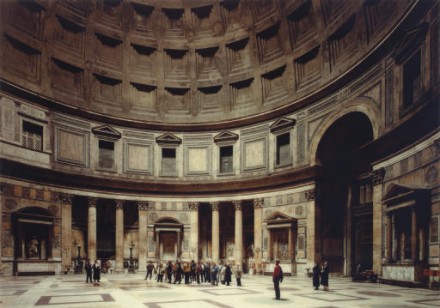 London’s Whitechapel Gallery is showing a survey of German photographer Thomas Struth’s photographs, spanning over thirty years – 1978-2010.  The exhibition consists of early black and white photos to more recent, large-scale photos, over seventy in total.  Struth is undoubtedly one the most important photographers of the past forty years, and this exhibition shows the artist’s talent for highlighting our global interconnectedness through themes like technology, religion, and art itself. 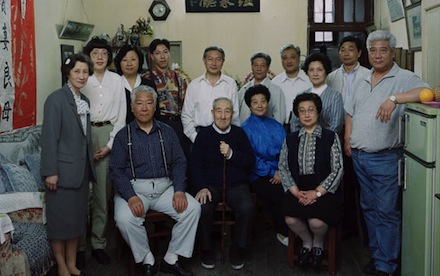 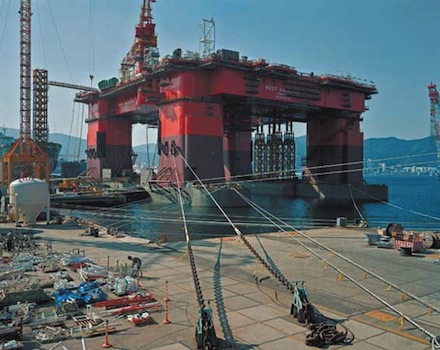 From family portraits and jungle close-ups, to life-sized pictures of art fans and too big to be real pictures of shipyard machinery, Struth’s camera lens captures such seemingly disparate images that the viewer might wonder what he’s up to. In ‘Semi Submersible Rig, Geoje Island’ (2007) a dockside on a small island off the coast of South Korea houses a massive – almost too big – submersible oil rig in the process of being built.  The picture itself is uncomposed, seemingly simply descriptive.  However, the mere size of the photograph, at more than 7 feet wide, brings into focus the shear gigantism of one of our most crucial and contentious resources: oil. 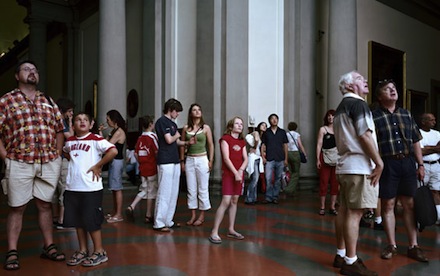 In his ‘Audience 1, Florence’ (2001), Struth captures an enraptured group of people looking at Michaelangelo’s ‘David'; one viewer’s mouth is agape, another looks on solemnly.  Again and again, Struth’s photographs reveal the everyday institutions, like family and museums, that bring us all together, as well as the religious and technological aspects of life that we also share.  And despite the scale of many of the images, there is an acute humanity to be found in them.

Photograph of Thomas Struth, by Ayako Miyazaki (2004), via PROA.

Thomas Struth: Photographs 1978–2010 is organised by Kunstsammlung Nordrhein-Westfalen, Düsseldorf and Kunsthaus Zürich in collaboration with the Whitechapel Gallery. The exhibition at Whitechapel Gallery is curated by James Lingwood and Achim Borchardt-Hume, and can be seen until September 16.

This entry was posted on Wednesday, July 20th, 2011 at 12:20 am and is filed under Go See. You can follow any responses to this entry through the RSS 2.0 feed. You can leave a response, or trackback from your own site.