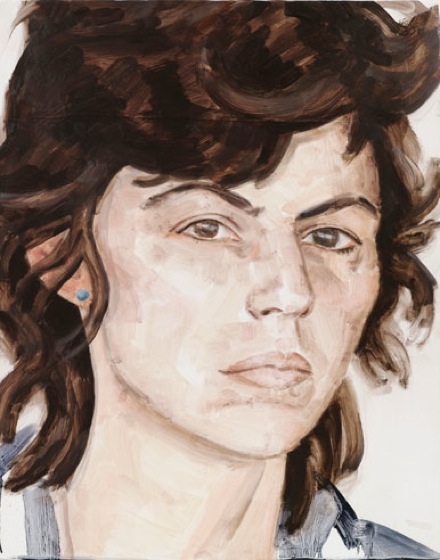 The recently opened Paris branch of the Gagosian Gallery presents a collection of recent work by the much loved American contemporary artist Elizabeth Peyton. The small presentation of paintings and drawings represents the artist’s first solo exhibition in Paris.

Peyton’s work, consisting mostly of small “jewel-like” portraits, is surprisingly immediate and fresh although her subjects maintain a considerable distance from the viewer. Her works present both contemporary and historical subjects, some of whom have been rendered from photographs and others from life, often Peyton’s own friends. 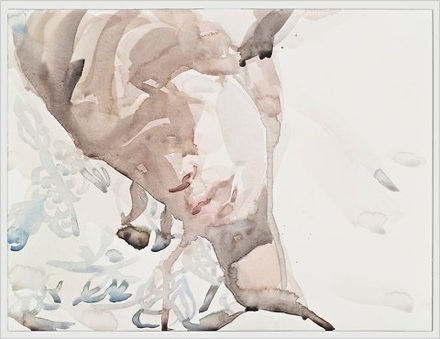 Peyton illustrates her subjects in her signature boldly worked strokes, based either in chalk or watercolor. The effect, as seen for example in Isa (Isa Genzken 1980), is riveting in its simultaneous intimacy and distance to the viewer. Isa gazes both at the viewer and into the distance, or perhaps introspectively. The lightly worked watercolor has an impressionist feel, giving the small painting an immediacy reminiscent of impressionist portraiture. The resulting effect is soft, vulnerable and enduringly present. Isa represents a contemporary subject with which the viewer can relate and yet remains, in some aspect, profoundly removed from everyday life. 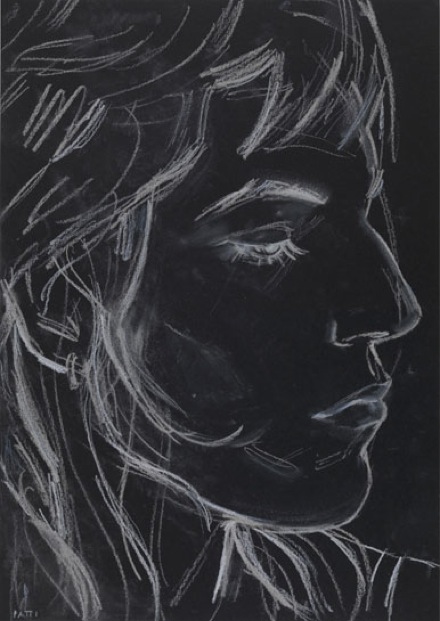 Other works reflect this same theme. Light and confidently worked sketches often portray the subject as an enigma which can somehow not be grasped completely. Furthermore, Peyton’s technique implies a knowledge of art historical awareness combined with an intrinsic understanding of the contemporary atmosphere of the early 21st century. Her sensitive graphics convey a serene, everyday sense of beauty which can be found in the her delicate color palette and lightly worked finishes. 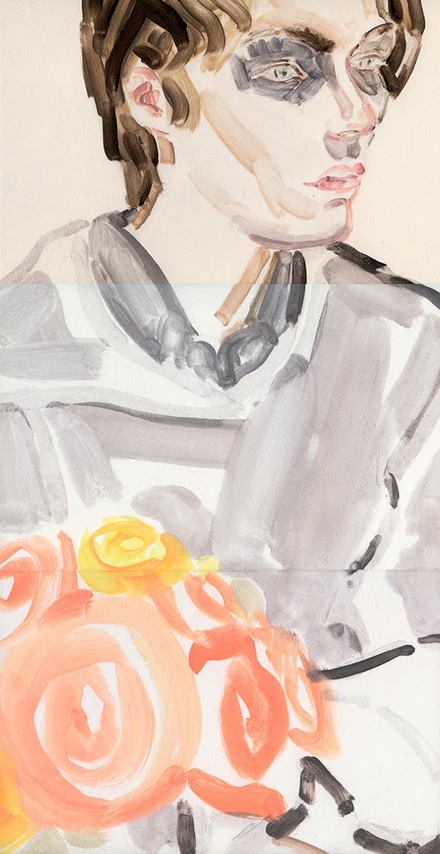 This entry was posted on Saturday, July 16th, 2011 at 9:15 am and is filed under Go See. You can follow any responses to this entry through the RSS 2.0 feed. You can leave a response, or trackback from your own site.