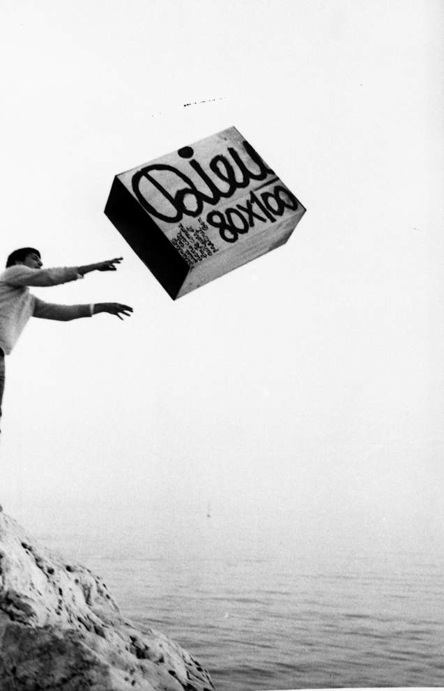 Saturday, June 25th welcomed thousands of viewers to the French Riviera, where the work of local artists was unveiled for the long-awaited opening of L’Art Contemporain et la Côte d’Azur: Un territoire pour l’expérimentation, 1951-2011.  Artists “whose work was built or continues to flourish significantly” on the French Riviera are featured in the region’s major summer event, which features 1,000 works by over 200 painters, sculptors and media artists who have flocked to work in the French Riviera since 1951, including notables such as Yves Klein, Hans Hartung and Ellsworth Kelly.

Devoted to 60 years of contemporary art, the French Riviera exhibitions were organized by local museums, galleries, and cultural institutions and takes place in over 50 arts venues across the entire region of the French Riviera. It is singular in the region as far as scale and lends an unparalleled level of exposure to many of its participating artists. For its three-and-a-half month run, through November 7th,  emerging and eminent artists alike have come together in a variety of venues–from community centers and art schools to museums, foundations, and galleries–to form a unique dynamic dedicated to the evolution of art in the region, designated “the Land of Experimentation.” 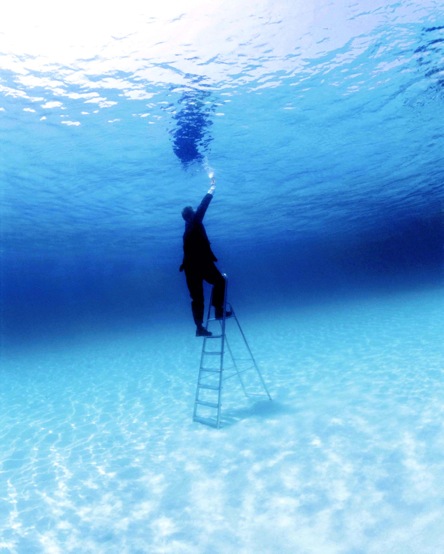 The last time the Riviera exhibited on this scale was in 1997, when 30 institutions in the Alpes-Maritimes organized “Riviera and Modernity: 1918-1958,” which showed works from prominent artists including Bonnard, Matisse, Picasso, Picabia, Van Dongen, Dufy, Chagal, Duchamp, Man Ray, and Cocteau. The current exhibition, even larger than the last, aims to transcend the traditional points of reference between various artistic movements by exhibiting an array of artistic approaches and a diversity of works, enabling viewers to make new connections and comparisons simply because of the unique heterogeneity of the selection. 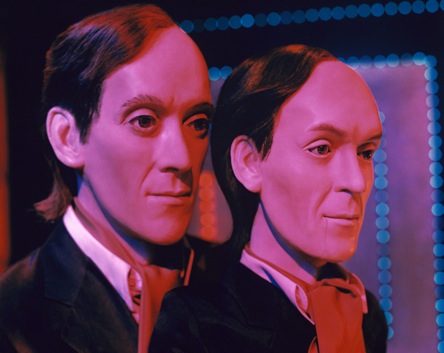 The exhibition’s organizers have described the show as one which intends “montrer qu’au delà des clichés habituels”–to show beyond the usual clichés. The contemporary art dynamic, they say, is reinventing itself over time and the exhibition hopes to show this evolution while taking into account the sociological and political conditions in which the work was created. Participating institutions range from modest Riviera gallery spaces to the much more frequented MAMAC – Nice, the National Center of Contemporary Art – Villa Arson (Nice), and the Château de Villeneuve. These diverse organizations have chosen to collaborate and highlight what they collectively believe to be the most discussed subjects and media since 1951, and includes painting, video, performance, sound, and architecture.


The exhibitors have echoed as inspiration the words of art historian André Chastel, who described the Riviera as the «grand atelier de l’art»–“the grand art studio”–as they continue on to christen it «un territoire pour l’expérimentation». The organizers have published a book in both French and English versions commemorating the exhibition  as well as a comprehensive exhibition guide edited by DE L’ART. 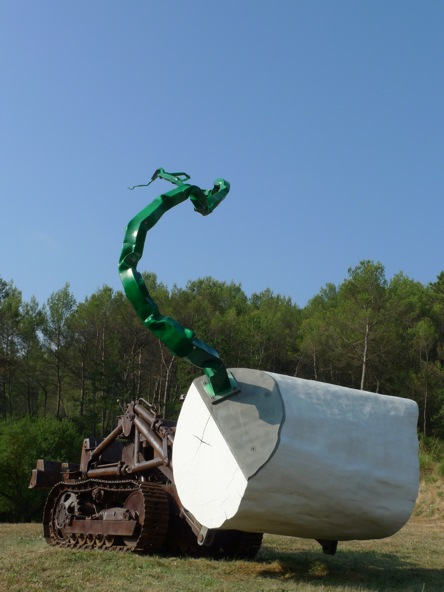 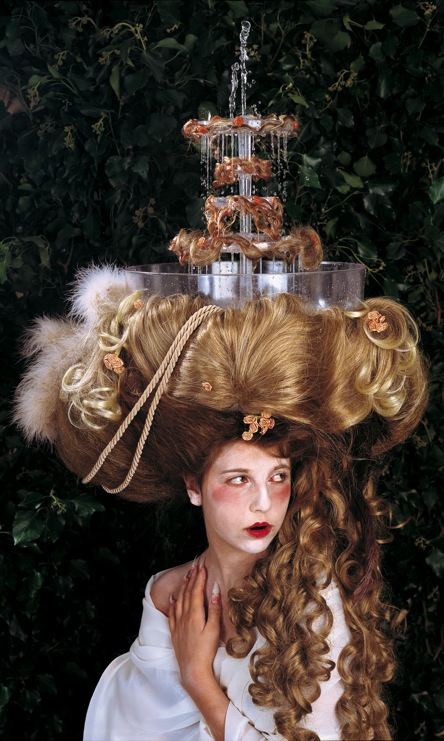 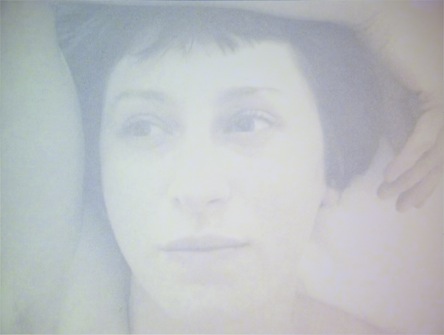 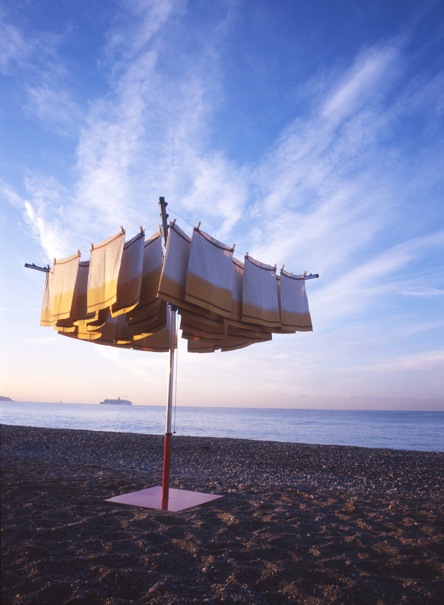 Hats off to the charismatic Shark

The Irish Times July 19, 2003 | KEITH DUGGAN What was Greg Norman doing? His name had no business being right up there on the leaderboard at Sandwich with all the bright young things of golf’s e-generation. It is like seeing a billboard advertising a film starring Vin Diesel and Peter Fonda.

There is too much of a generation clash. Just as Peter Fonda’s acting career has been distilled into one never-ending bike-ride, so the Great White Shark’s golf life seems trapped in that period just before the arrival of the Tiger Woods.

The thing about Greg is that you have to care for him. You have to like him.

There was a time in golf when Greg took on multiple personalities. He was the sport’s John Daly, its Tiger Woods and its Duffy Waldorf all rolled into one.

The best thing about any golf tournament when Greg Norman ruled the fairways was his travel arrangements.

The rest of the field merely arrived for a particular year’s Masters or Open or whatever. Norman’s itinerary involved a weekend of scuba diving, yachting, the chartering of a boat and the navigating of two or more of the earth’s oceans and the eventual arrival at the course via his personalised Lear jet. It was a testimony to the man’s Herculean power that he was fit to play a round of golf at all, let alone blow so many majors.

The second-best thing about Greg Norman was his range of designer clobber.

Working on the fairly watertight principle that when it comes to golf clothes, the well of bad taste is bottomless, Greg managed to reach unprecedented lows.

Those hats. You watched Greg address the ball, his chapped lips just visible under those mad, mad brimmed hats and you wondered. They have mirrors Down Under? He does know?

Wearing hybrid Australian versions of cowboy hats is fine if you are Eric Bogle singing Waltzing Matilda. But not if you are the world’s highest-ranking golfer trying to fend off the reputation of being a man with no balls when it comes to winning majors.

Maybe the hats were a plea: how can you say I lack cojones? Look at what’s on my goddamn head! see here how to shave

Without the hats, there was nothing complicated about Greg. He was cool in an Old Spice kind of way and you knew that he had a good idea of how to spend all those dollars he racked up: on fun. The Great White knew how to live.

You could admire Bernhard Langer but the wildest thing you could imagine him doing with a big pay cheque was, well, lodging it in his account.

The Shark would buy an island or a share in lunar travel. Or unleash upon the unsuspecting world another array of ghastly dome canopies. If golf has a presiding god – something I sincerely doubt, incidentally – it is probable that the failure to capitalise on his ability at the game was the punishment inflicted on Greg Norman. Any self-respecting deity would refuse, for reasons which are all too obvious, to permit a mortal to rule the sport while looking so foolish.

When you think about Payne Stewart and those Jeeves and Wooster get-ups, Norman got off kind of lightly.

The Greg Norman story, which began in 1986, ended in 1996. It was golf’s equivalent of the book depository and the grassy knoll. There must have been about 10 minutes on that final Sunday of the US Masters, as little as that, when the golf world felt convinced that the Shark was going to net the Big One. And it was a beautiful moment.

Winning the British Open in 1986 and 1993 got the monkey off his back but Norman was in contention for so many tournaments that it could be argued he won those merely by default, that he triumphed because of the law of averages. By calmly finishing out a superb weekend of play, he would make it a hat-trick of majors and take his place among the stellar names of the game.

Then an anxious moment here, a foolish choice there, and the descent, the sickening fall towards ignominy had begun. You looked into Nick Faldo’s eyes that day and wondered how the hell they ever labelled Norman “the Shark”.

A year later, Tiger Woods won the Masters and such was his impact that he blew the relevance of all recent golf history to smithereens.

Norman was lucky that way. In seeking some just comparison for Woods, golf’s analysts looked not to the generation of professionals that played the game while Tiger was learning how to shave and address the world’s media. They simply examined the best in history and guessed at how quickly Woods would take over. Faced with this supernova, implosions such as Norman’s seemed small and human and all too forgivable.

It has been as if an entire generation of golfers just got washed away in the tsunami created by the Tiger. They still had the game and prestige but ultimately, they were just rabble, names to prop up the leaderboard. Norman was chief among those. Over the years you would search the list for his name and marvel at the random mediocrity of his finishes. It quickly became clear he wasn’t really battling his fellow professionals anymore, just the game and his place in it and his own demons.

And then came Thursday and it was like a blast from the past, seeing Norman striding across the course, all hard edges and weather- beaten expressions. He has always managed to make the playing of a golf course look like the pioneering of a wild frontier. And given the nature of his game, it always has been. site how to shave

And, of course, your heart beat slightly faster at the sight of his name back up in bright lights. Ten years after his greatest tournament, the Shark was back.

This would be the greatest comeback since George Foreman pulled on gloves again. He still had the power and the charisma and most importantly, he was wearing a sensible, modest peaked hat. We hadn’t heard how he had arrived – by jet-skiing across the Bay of Biscay probably – but it did not matter.

The Shark had the cut of a champion and he was talking up his chances with the wisdom of all those hard lessons whose pain only he recalled.

More fool us. In the blink of an eye – or at least the playing of eight holes – Greg was going again. It was as if his reappearance had been a mirage. He was erased from the first draft of the leaderboard yesterday.

When last I looked he was plummeting down the leaderboard, blond locks flowing, already a distant memory at three over. With 13 holes left to play, the capacity for Norman to self-destruct was unimaginable. He eventually finished on six over after the round.

The worst-case scenario was of nightfall, Sandwich deserted and the Shark hacking at some unplayable shot and accumulating an aggregate score belonging to infinity. It is a tragedy. When they get around to making the movie, it could be the comeback role Peter Fonda has been waiting for.

So I guess the showdown between the Tiger and the Shark will have to wait. Shame. There is nothing left to do but root for Duffy Waldorf.

This entry was posted on Wednesday, July 6th, 2011 at 2:22 am and is filed under Go See. You can follow any responses to this entry through the RSS 2.0 feed. You can leave a response, or trackback from your own site.