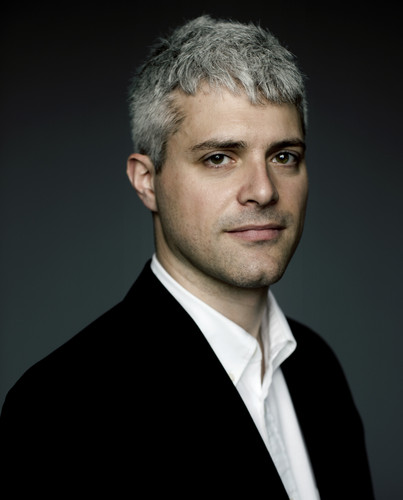 MoMA PS1 Curator Peter Eleey on the upcoming ‘September 11′ exhibition at PS1: “Probably the biggest difficulty that 9/11 poses to art, at least to visual art, is contained in the ‘spectacularity’ of the attacks themselves.” [AO Newslink]

Sportswear in the office? From leggings to hoodies to zippers, ‘active’ elements infiltrate fashion biz.

“We do see sporting apparel moving out of the sportswear context and into fashionable street wear,” said Jennifer Farley, who co-curated an exhibit currently showing through November at the Museum at the Fashion Institute of Technology that illustrates the relationship between fashion and sports clothing.

The exercise movement and the need to stretch apparel dollars have contributed to growth. Total U.S. sales of men’s and women’s activewear rose by 3.2% in the 12 months ending in March compared with the previous period, to $48.6 billion, according to consumer tracking firm NPD Group Inc. go to site athleta coupon code

Many shoppers appreciate the clothing’s versatility. What works at the gym or yoga studio now works in many casual office or entertainment settings, especially as items become more stylish. For example, leggings, which are worn under dresses and tops, began as a dance-class uniform. this web site athleta coupon code

“Multiperformance clothing that can be your pajamas, your workout wear and your street wear is very economical,” said Susan Scafidi, academic director of the Fashion Law Institute at Fordham Law School.

Designer Catherine Malandrino collaborated with Lacoste on a spring collection. Stella McCartney, another prestigious name, has a contract with Adidas and is also creating the 2012 Olympic uniforms for Great Britain.

While designers such as Mr. Wang and those at Rag & Bone are inserting drawstrings, pulleys and zippers into their looks, others are using bright color-blocking inspired by safety vests and hunting jackets. The clothes aren’t cheap, either. Ms. von Furstenberg’s hoodie gowns sell for about $550, and Mr. Wang’s sweatpants carry a $160 price tag.

Activewear retailers are bulking up, too. Lululemon now has four New York stores, while sporting-goods giant REI, which sells performance apparel, will open its first Manhattan location–a 39,000-square-foot shop –in SoHo this fall.

Athleta, a women’s apparel brand that Gap bought in 2008 for $150 million, plans to enter New York this summer with a store on the Upper West Side and one on the Upper East Side.

“Historically, what had been available to women were items based on a men’s item that were just made smaller and turned a flattering color like pink,” said Scott Key, senior vice president and general manager of Athleta. “Women athletes expected more.” Athleta expects to have more than 50 U.S. stores by 2014. The division’s growth is welcome news for Gap. The $14.7 billion chain posted a 23% decline in first-quarter net income from the year-earlier period, to $233 million, and recently cut its full-year profit forecast by 22%.

“New Yorkers have been asking us for a store for a long time,” Mr. Key said.

This entry was posted on Wednesday, August 31st, 2011 at 11:52 pm and is filed under Art News. You can follow any responses to this entry through the RSS 2.0 feed. You can leave a response, or trackback from your own site.